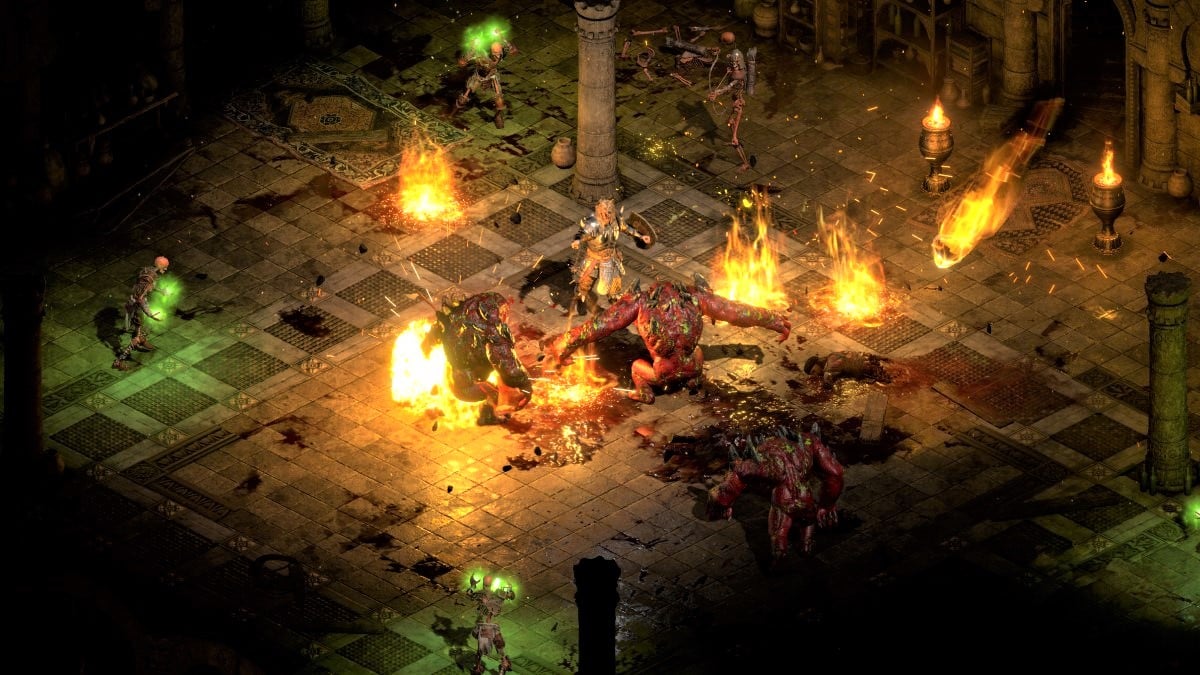 There are five helm runewords in Diablo 2: Resurrected — Lore, Nadir, Dream, Delirium, and Radiance — with the Lore runeword being by far the best and most popular of the five. The reason it’s so popular is that it’s +1 to all skills and +2 mana after each kill bonuses are really powerful, especially considering that it’s not especially difficult to find the ingredients necessary to make it.

The Lore runeword is OrtSol, so you’ll need to place an Ort rune, then a Sol rune into any 2-socket helm in order to craft it. Remember, you can’t use a helm with more than two sockets, and you can’t place the runes in the wrong order. It must be Ort first, then Sol. It won’t work the other way around.

Related: How to make a Rhyme shield in Diablo 2: Resurrected

Finding a 2-socket helm should be fairly easy from fairly early on in the game, but you’re highly unlikely to find the Ort rune on Normal difficulty, and you definitely won’t find the Sol Rune on Normal difficulty. The best and easiest way to get both runes is to repeatedly defeat The Countess in the Forgotten Tower on Nightmare difficulty until she drops the runes you want.

A Lore helm can only be worn by a character of at least level 27, or higher if the base helm requires it, and conveys the following bonuses: