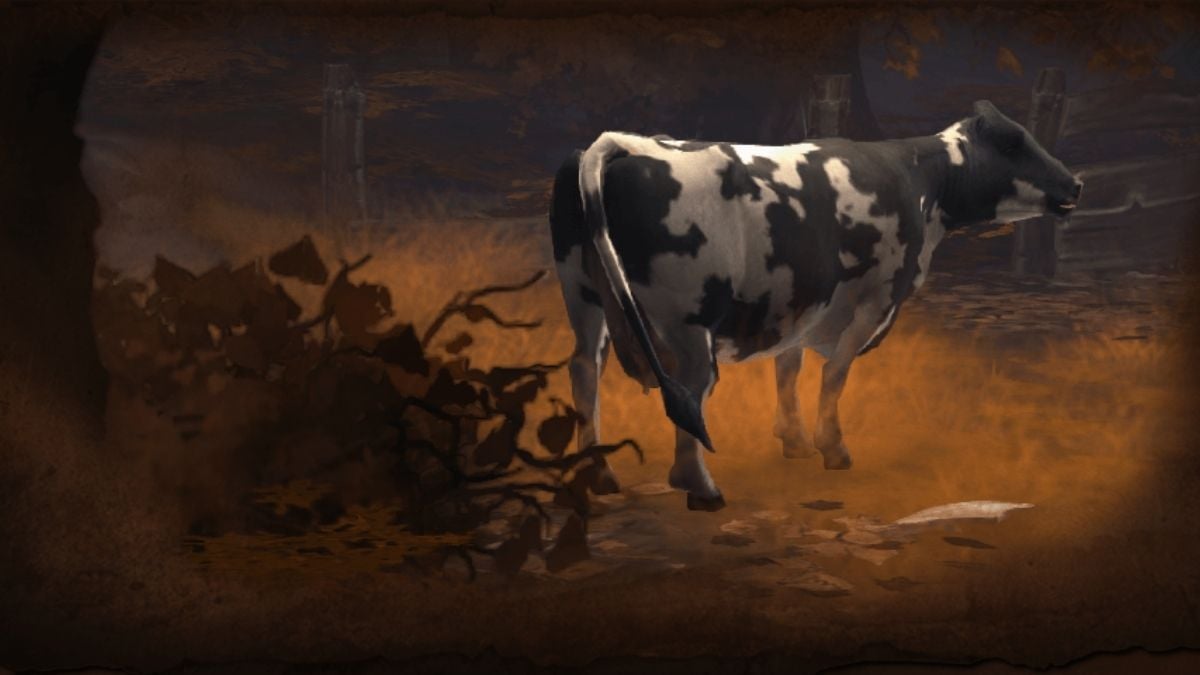 The Secret Cow Level was one of the biggest hits of Diablo II. When Diablo III hit fans wanted more, the devs wanted to deliver, but they didn’t want to repeat. So, instead of a cow king, Diablo 3 came with something very different altogether: Whimsyshire. However, just like how the team upped the sparkly splendor and loot in Whimsyshire, they also upped its difficulty. It takes a bit more than a leg and a town portal to get to this time.

The ingredients (and where to find them)

In Diablo II, all you needed was two ingredients and a Horadric Cube. This time around, you have to collect a whopping seven ingredients before heading over to your friendly Blacksmith. Note: Any of the randomly spawning ingredients might take several tries before they’re found.

Go to the Blacksmith with all your ingredients and give him the Staff of Herding plans to be able to make the item. So no, you don’t need Kanai’s Cube for this. The item can be used as a weapon, but it only does 3 to 4 damage per hit. It’s not worth it in actual gameplay.

Whimsyshire AKA Not the Cow Level

Now that you have your Staff of Herding, it’s time to travel to the land of unicorns and rainbows and lots and lots of blood. However, you can’t just open the portal just anywhere. To get to Whimsyshire, head to New Tristram in Act I. From there, walk down the Wretched Mother-infested road that leads to the Old Tristram ruins. About halfway there, there’s a big chasm with a cow skeleton. Go there with your Staff of Herding in hand. Then, the ghost of the Cow King will rise from his skeleton. You can speak to him and he will make the crevice next to him glow rainbow colors. You can now click on it and travel to Whimsyshire, meaning the gate to murder and whimsy is now yours.

While there, you can get hundreds of thousands of gold, legendary items, and other great loot. You also can get to Whimsyshire through the Rainbow Goblin, but they are randomly spawning monsters so the Staff of Herding is your most consistent route.