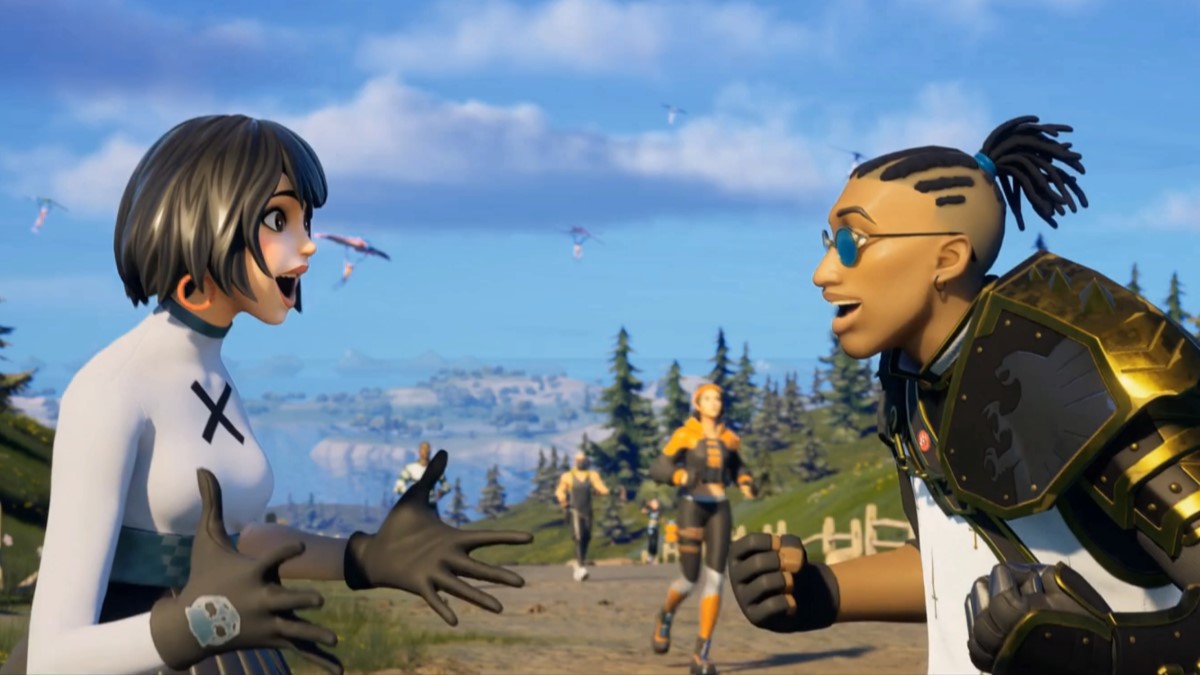 Related: How to scan the Reality Tree in Fortnite Chapter 3 Season 3

The split-screen function was part of the 11.30 patch that Epic Games. There were some slight hiccups with the update, which led to the temporary disablement of the split-screen, but now it’s back.

How to use split-screen in Fortnite is pretty simple, though at the moment reasonably limited. Split-screen is only available in the Duos and Squads modes in the game on the PlayStation 4 and Xbox One.

To use a split-screen in Fortnite, go to the Duos or Squads mode from the main menu, and have two controllers connected to your PS4 or Xbox One. Have your main controller be connected to your main account. A log-in option should then appear for the second player/controller, who will then have to press and hold onto the specific button on their controller to log in.

After the second player picks an account and has logged in, both players should be able to play Duos or Squads together on a split-screen. Player one is the only gamer with access to the lobby and the menus.

To use split-screen on the PlayStation 5, first press the PlayStation Home button with your main DualSense controller that is connected to your main PSN account. A prompt will appear, asking you to sign in as a new user. Choose the Add User selection and then pick Quick Play, and another option will appear asking to log in with the second controller on the bottom of your screen by pressing Triangle.

After pressing Triangle, a new screen pops up requesting the holder of the second controller to enter their login details or use the PlayStation App. Once the second account has been signed in, Fortnite will load again and two characters should be waiting for you when you enter the lobby.

Enabling split-screen is essentially the same in Xbox Series X/S as it was for the PS5. First, launch Fortnite with your main account and then turn on your second controller. You will then be given an option at the bottom of your screen, and you’ll be able to log in with a secondary account by pressing Y. You will then be asked who’ll be playing with on the secondary controller and that’s when you’ll log in with a secondary Microsoft account you have saved up on your console. The second Microsoft account and two player avatars should show up when Fortnite is loaded.

Like the PS4 and Xbox One versions, split-screen is limited to Duos and Squads mode.

Can you play split-screen on the Nintendo Switch and PC?

At the time of this writing, players can not use split-screen for Fortnite on the Nintendo Switch and PC.