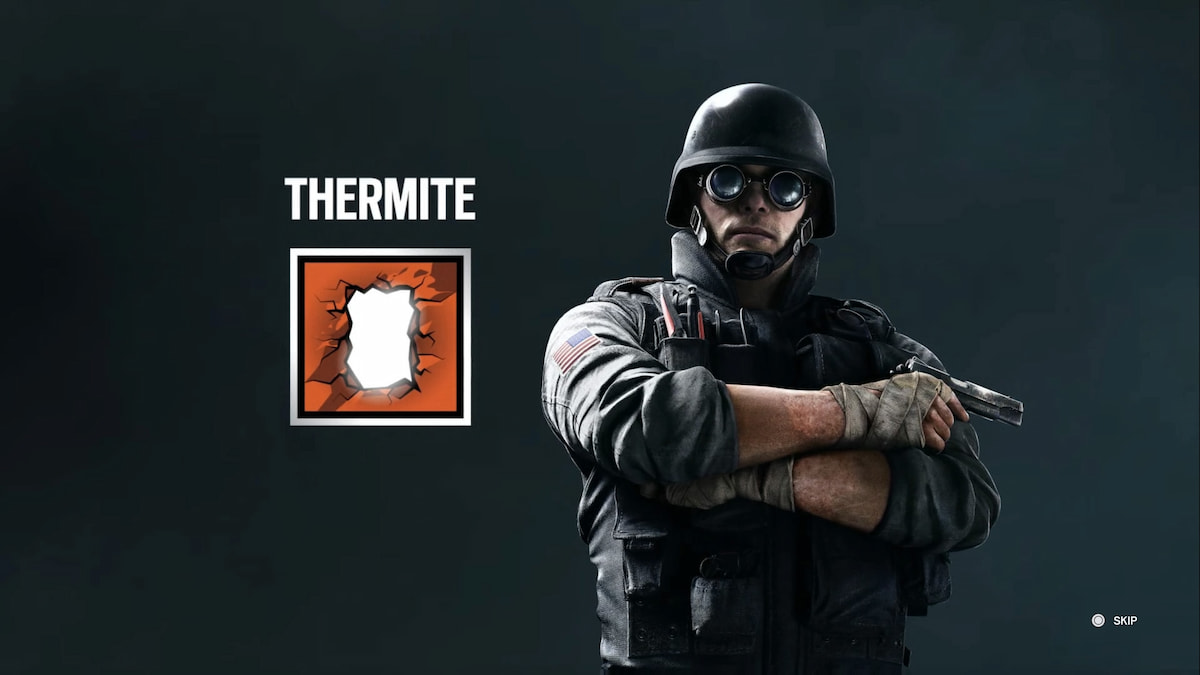 If you ask your teammates in Rainbow Six Siege which operator would help them the most on offense, the answer more times than not would be Thermite. The character is undoubtedly the best at taking down most barriers that stand in the way, ultimately providing your peers with an opening to flank the opposing team. However, Thermite shouldn’t be seen as just a supporting member of the cast. Instead, if used correctly, the operator has the potential to be a star on his own in any given match.

As his name suggests, Thermite’s main gadget is the almighty Exothermic Charge. The tool is used to blow down almost all walls on each map, including those enforced by metal barricades. With it powered by C4, the charge also proves to be handy when you’re looking to lay damage into enemies hiding in tighter rooms.

One element of the Exothermic Charge players tend to overlook is its ability to create holes in floors as well. Thus, if a bomb is located in a basement, we recommend running to the floor directly above and placing a few charges down for some excellent shooting angles.

Your main weapon for the operator should be nothing but the 556XI assault rifle. This automatic gun deals 39 damage with its 690 fire rate — both stats obviously significantly higher than Termite’s M1014 shotgun. Another easy choice here would be to equip the M45 as your secondary pistol. Its recoil does leave much to be desired, but its damage is also far better than its counterpart. With these weapons, here are the attachments you should highly consider applying to each weapon:

Best tricks for success as Thermite

As we’ve stated previously, Thermite’s Exothermic Charge gives him a strong edge when looking to create angles from above ground. You’ll find that some destroyed floors will still have their steel beams intact after you use the explosive — something highly beneficial to you. Using these beams as cover can make it difficult for enemies to hit your major weak points, such as your head.

If you do find it unmanageable to peek at these areas as numerous enemies may be watching from below, be sure to throw your stun grenade to leave them vulnerable. However, it may be best to also change your shooting angle as enemies do tend to blind-fire on your last known position.

Lastly, as we’ve said with the operator Mute, don’t be afraid to use the charge as a decoy. By this, we mean that players should occasionally plant and activate the charge on one side of an objective’s room, but then proceed to enter from the opposite side. Most likely, you’ll discover a whole group of enemies turned with their backs against you and unprepared for your ambush.

Related: How to play Twitch in Rainbow Six Siege: gadget, weapon, and more