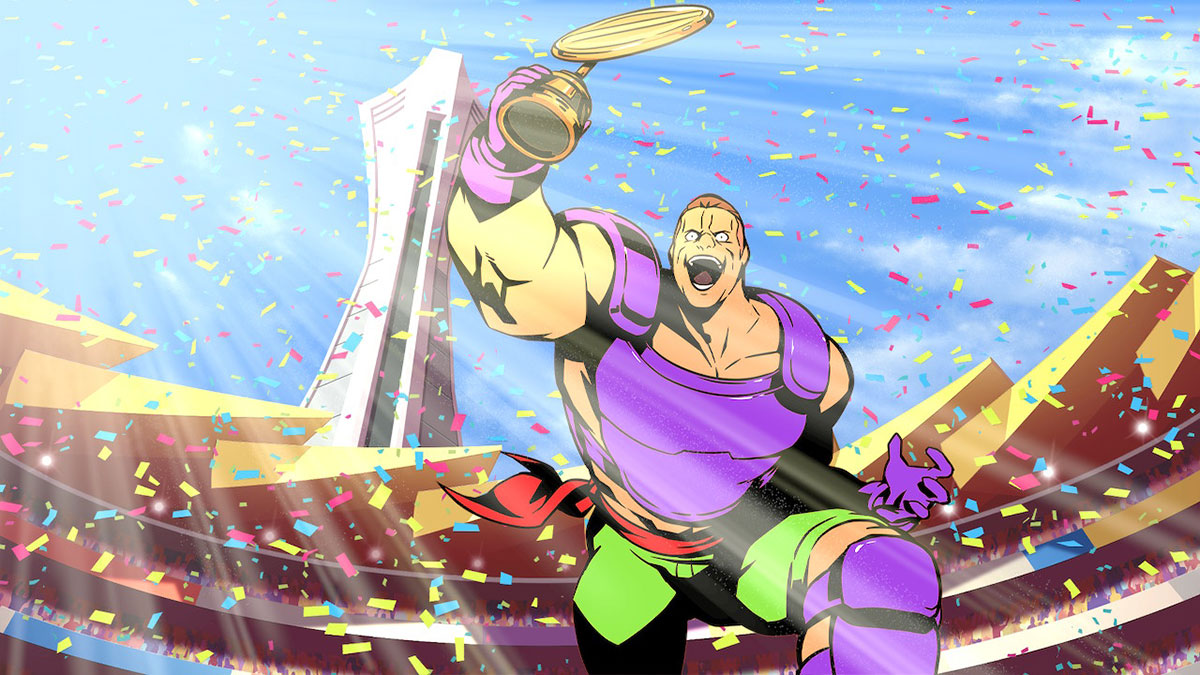 Windjammers 2 is the follow-up to the 1994 arcade classic. It’s been so long since competitors hit the court that you’re probably going to need a refresher on how the game works — it is a fictional sport, after all. The in-game tutorial will teach you what the buttons do, but not how to actually strategize and win your matches. Read on for some explanations and general tips about the frisbee sequel to help get you started.

First things first, you should know how the sport is played. You want to throw the frisbee into your opponent’s goal while blocking their shots toward yours. Points are awarded based on which part of the goal you manage to hit, and they’re also given if the other side fails to return to disc and lets it fall to the ground. Bottom line: get the disc into the other net, and don’t let it into yours.

While you can customize the time limit and winning score in multiplayer matches, a standard game consists of 90-second rounds with an objective of 15 points. Score that many first or have the most points when time runs out, and you win. Win two sets, and the match is yours. In the event of a tie, both players receive the win. This makes the proceeding match the tie-breaker, but it can also give a player the full win if they’ve already won a set. Furthermore, two ties in a row will result in a sudden death round — the first points scored win the whole thing, no matter their value.

Each of the Windjammers characters can move in the eight main directions, and they can slide for a quick boost toward the frisbee. Be careful not to spam the slide — it’s very easy to overshoot and let the disc fly right behind you into the goal.

With the disc in your hand, you can do basic straight shots, curved shots, and lobs. Generally speaking, you want to vary up your serves and returns to try to trick your opponent into messing up. The simplest strategy is to goad them into one corner of the goal before aiming your shot into the opposite corner — it’s the general rule of thumb for any goal-based sport. If you find yourself in the middle of an intense volley, try sending a quick slap shot or curved shot to trip up the other player.

You can also jump into the air to catch aerial shots, which are very easy to spot. The disc comes closer to the screen, and a marker appears on the ground to indicate where the disc will land. Jumping enables you to do a smash shot with any of other face buttons. This spiking move is great to use when your opponent is far from the center net, as it both draws them forward and has a chance of being completely missed by them. Lobs and drop shots have the same effect, and you can also toss the disc into the air with a bump while receiving, setting yourself up for a jump/smash shot combo.

When your power gauge at the bottom of the screen fills up, you can execute a Power Toss or Power Disc shot — you can think of these as your “ultimate moves.” See the list of all Power Disc shots for more information on each one. Notably, Power Disc shots have a knock-back effect, so even if your opponent catches the throw, the impact can still push them back into the goal and score some points for you.

Windjammers 2 also features a range of advanced techniques for varying up your volleys even more. They all revolve around charging, which you can do by standing on the marker when a lob or toss shot is popped into the air. Charging happens automatically as long as you’re standing in the right spot.

Once charged, you can execute several amped-up shots, which we detail further in our guide on how to use charged shots. In short, these can be used to execute your Power Disc shot even if the gauge is only partially full, super lob, super spin shot, roll smash, or reversal.