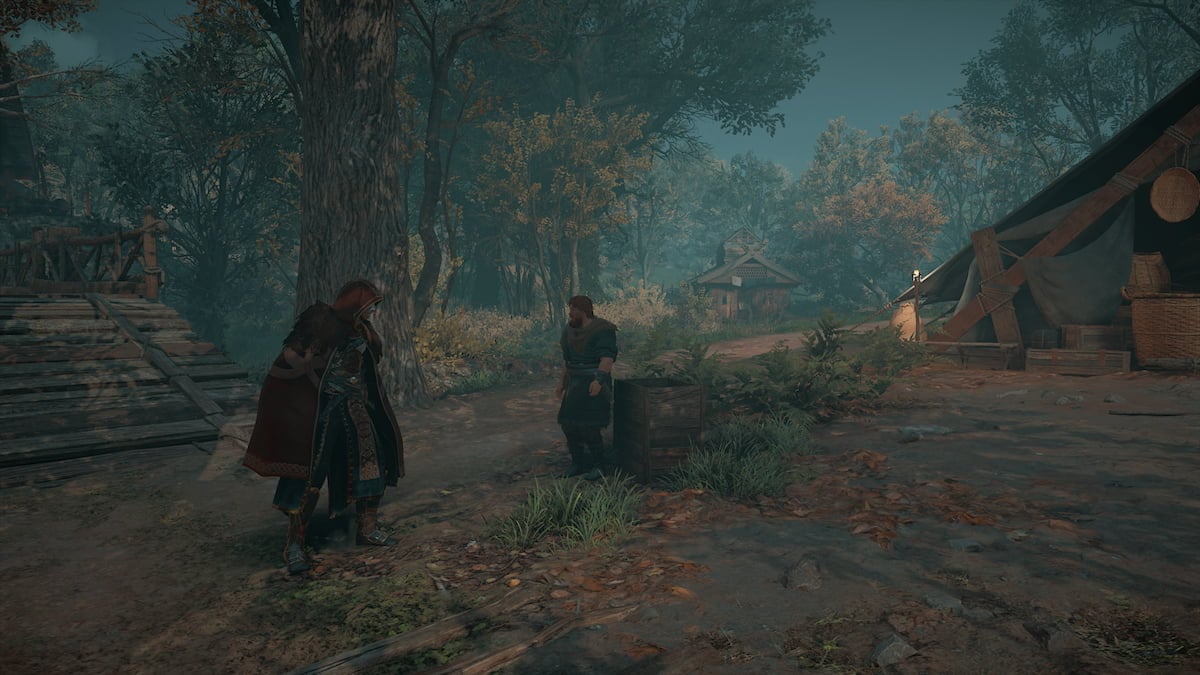 Where to do the Forgotten Saga in Assassin’s Creed Valhalla

Before you can think about starting this mode, you will need to progress through the story enough to unlock Asgard. Here, Eivor sees visions of Odin and the many other Norse gods as they have a storyline alongside the main plot in the real world. After you’ve unlocked Asgard and have access to those dreams, the Forgotten Saga will be available. You will now need to make your way to Everold’s workshop in Ravensthorpe to create the Forgotten Saga building. The quest you want to work through is called A Gift from the Otherworld.

Related: Where to find the River Map clue in River Berbha in Assassin’s Creed Valhalla

You can find Everold on the side of your camp. He will have a small camp, and if you approach him, there will be a brief cutscene you need to go through. At the end of the cutscene, Everold’s workshop will unlock, and you can now actively use it to enter Niflheim.

When you enter the hut, there will be a potion next to a bed. Take it, and Eivor will become Odin again, and they can enter Niflheim, attempting to bring Baldr back from the dead.