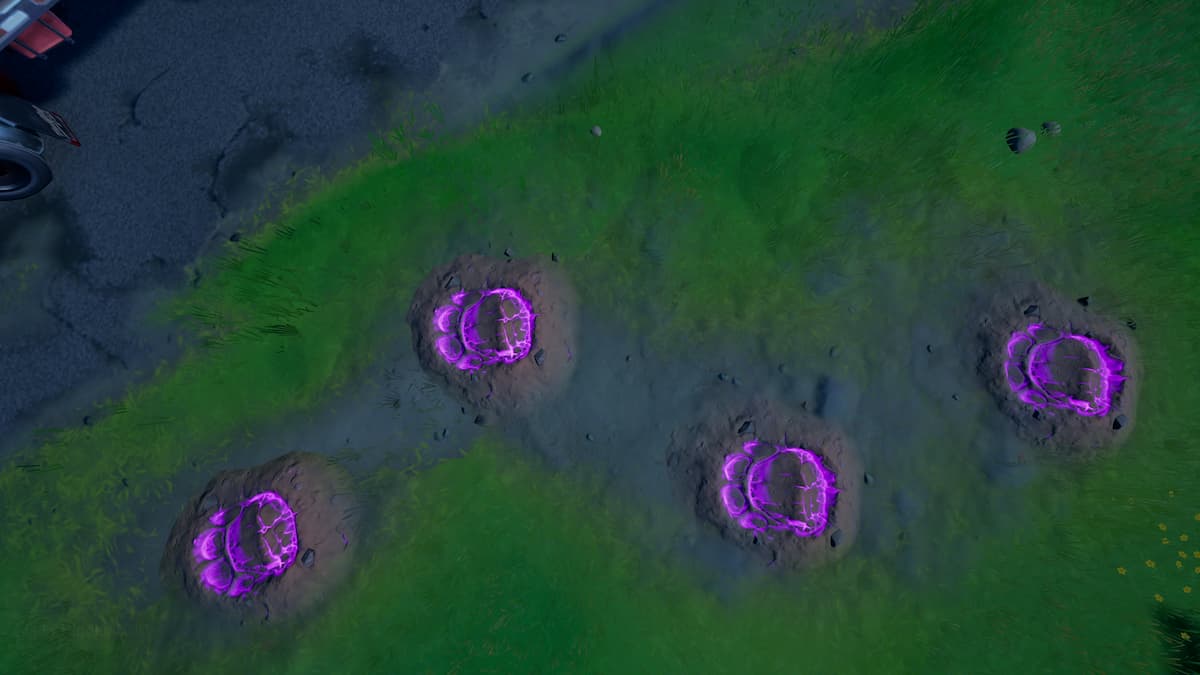 The newest addition to Fortnite’s collection of Season 8 NPCs is non-other than Ariana Grande, and she has a mission for us. Ariana has a new punchcard filled with quests, and one of them is to study the Caretaker’s footprints. The Caretaker is some large creature that appears to be wandering around the map at the moment.

Players will need to examine two sets, and the place to start is at Retail Row. Just on the northern side of the town, near the water tower, players will find a massive set of purple footprints. Interact with them to study them, then jump in a vehicle.

Now it is time to drive to Catty Corner. Here, in the middle of the compound to the north of the gas station, players will find the second set of footprints. Once again, interact with them to study them and that will be the end of the challenge. After that, players can move on to the next challenge which is listed below.

You can find all the Ariana Grande Monster Hunter challenges below: