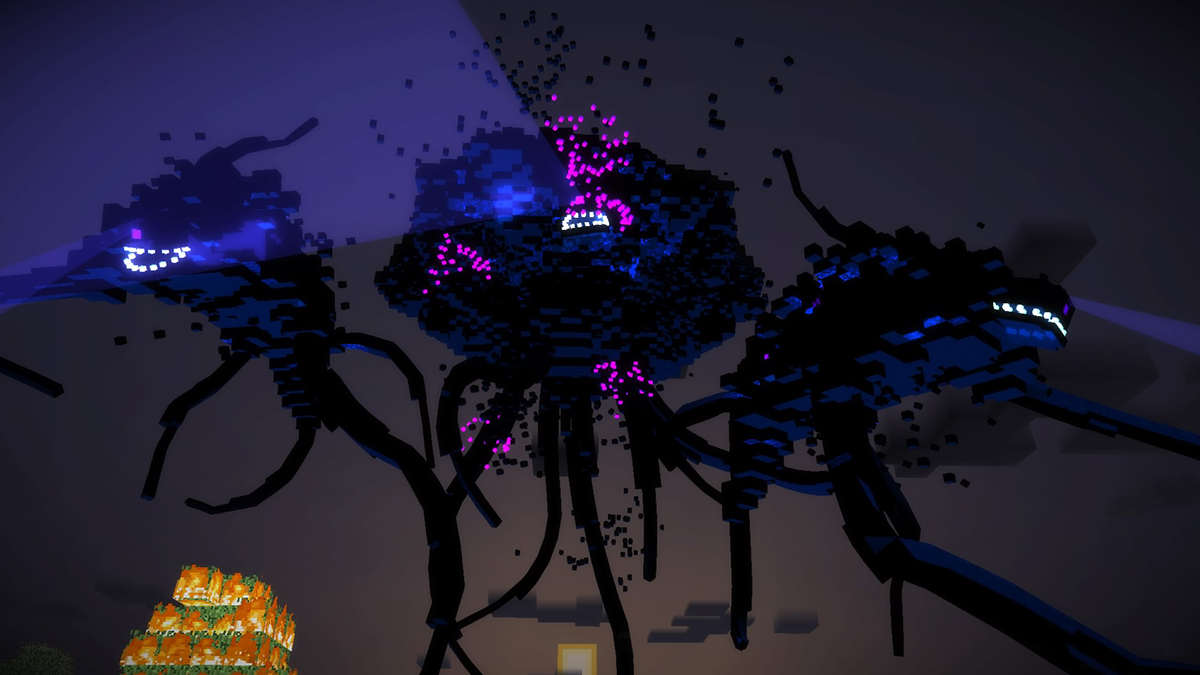 With the introduction of Minecraft’s 1.4.2 The Pretty Scary Update, a new boss was put into play. After defeating the Ender Dragon, you can take on the newest Big Bad in the game, The Wither. Rather than traveling to The Wither’s domain, like you would with the Ender Dragon, players actually have to summon the boss themselves, bringing this nightmare to reality.

The way to summon The Wither is relatively simple. All you have to do is construct a T out of Soul Sand and place three wither skulls on the top three blocks. Soul Sand is a common material found in the Nether, while Wither skulls can be dropped by killing wither skeletons in Nether Fortresses. Once you place the final skull on the top blocks, The Wither will spawn.

The Wither Storm is a colossal version of The Wither, which consumes all blocks and materials in its path, adding to its size and threat level. The way this Boss was created was by constructing a normal Wither summoning totem but rather than a Soul Sand block, a Control Block is placed in the middle. Unfortunately, or maybe fortunately, the Wither Storm is restricted to the Telltale Series, Minecraft: Story Mode and cannot be created in-game.