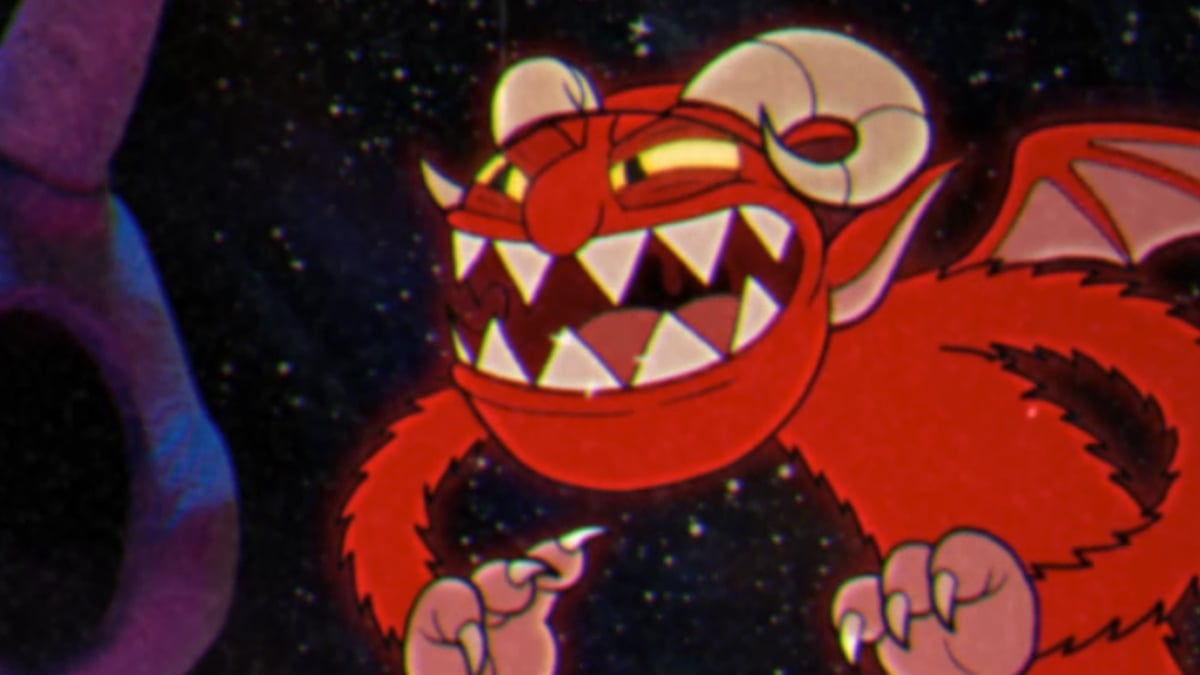 Cuphead’s The Delicious Last Course offers up a healthy handful of new bosses, but there’s an optional fight that’s kept secret. Unlocking and completing this hidden battle will net you the What A Horrible Night to Have A Curse achievement/trophy, plus bragging rights for having solved a puzzle and beaten another tough boss. Here’s how to do both.

Related: How to access Cuphead: The Delicious Last Course DLC

How to unlock the Angel and Devil boss fight

Step one, buy the Broken Relic from Porkrind’s Emporium. Its powers are unknown at the time, but it’ll only cost you a single coin. Now, to access the secret boss fight, you’ll first need to reach the graveyard near the bottom of the map, next to The Howling Aces boss fight. You’ll need to defeat a pair of bosses to get here: either Glumstone the Giant and Mortimer Freeze if you’re going clockwise, or the Moonshine Mob and Esther Winchester if you’re going counterclockwise. Alternatively, you can follow the secret path to the left of the winners’ stand in town. Move through the trees to walk under the bridge to get there without fighting any bosses first.

The winners’ stand is also important because it’ll give you clues as to how to solve the tombstone puzzle. Examining one awakens a ghost, and you need to activate the correct trio. Remember what the three winners say: first place tells you which tombstone to examine first, and so on (the picture above was the sequence for us; see our Graveyard Puzzle guide for more information). Correctly tapping all three spots will cause the center tombstone to glow. Examine that, and you’ll be asked if you want to “take a nap.” Choose yes, and you’ll enter a dream state where the secret boss battle begins.

How to beat the Angel and Devil boss

This fight is only one phase, but that doesn’t make it easy by any means. The trick is that the angel and devil swap sides anytime you change the direction you’re facing. The devil is always in your direction, and the angel is always behind you. Only the devil takes damage, which makes sense since you’re always facing him.

The devil is also the only one whose attacks do damage. Both will spit projectiles, but the devil’s attacks consist of dangerous fireballs, while the angels are harmless bubbles. Sometimes these come out pink and can be parried, but the key is to always be ready to dodge both — steering completely clear of both ensures that even if you switch sides, you won’t be hit.

The other attack to watch out for is a beam of energy that moves across the screen. It’s harmless when you’re facing the devil, but it becomes a column of flame if you look away. To dodge it, you need to either ride the moving cloud or stay still and let it pass by you when it’s in its harmless state. Just remember to always face the devil, and you’ll be in a good spot. Mind the moving cloud too, since the lightning under it also deals damage.