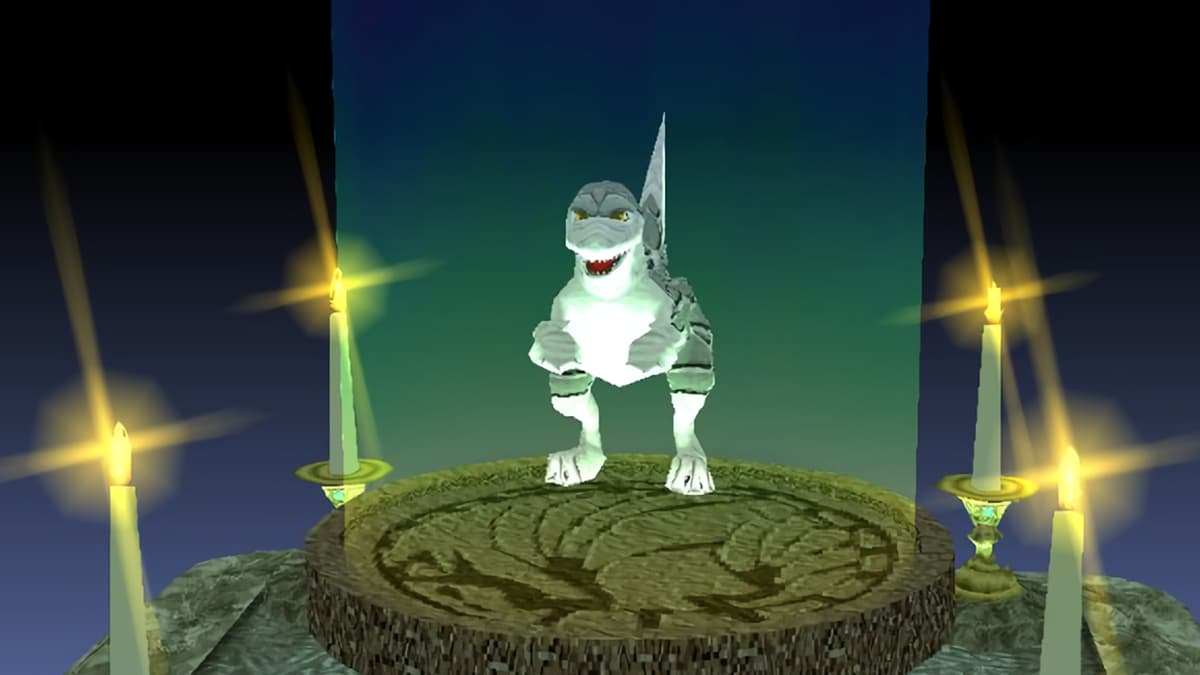 The Monster Rancher franchise has returned with the recent release of Monster Rancher 1 & 2 DX. The game focuses on the act of breeding and raising monsters and then pitting them against each other in a fight. However, the tutorial for the game is somewhat lacking in details, so the actual battle mechanics are left up to the player to figure out.

If you’re wondering how to get the most out of your terrifying monster when it comes to the Monster Rancher battles, we’ve got you covered here.

The battle system in both the games included in this collection work similarly. You take your monster to the tournament of your choice, and they go through a round-robin-style fight, battling AI-controlled monsters from different trainers. Each monster you control has a certain number of moves – which can be increased through training them – and each one of those moves requires them to be a certain distance from the enemy.

Choosing which move you want to use is done with the directional buttons, moving the highlighted attack left or right to decide which one will work best for your monster. This will depend on their stats and abilities, so pay attention to how you raise your monster and which of their stats and attacks have the most potential damage.

You can move your monster back and forth on the 2.5D plane by pressing the ZL/ZR buttons in Monster Rancher 1 or the L/R buttons in Monster Rancher 2. There is a marker that slides back and forth above the list of attacks which shows how far away the monsters are and when they are in range for specific attacks. Hitting the A button at the right time will use the attack you have been getting ready. If you are too close or too far away, your monster will default to whatever is appropriate for that distance.

Winning fights means either doing enough damage to knock the enemy’s hit points down to zero or, if time runs out, doing a higher percentage of their total damage. This means that you can have less health than your opponent at the end and still manage to win.

In both games, you have an assistant assigned to help you and to explain the mechanics to you. If you ask them for their advice before the battle, they’ll tell you which attack your next opponent is likely to use. They might also tell you to consider forfeiting if you have very little chance to succeed. Listen to them as it will make your life much easier.

If your monster is getting its head kicked in, it is better to forfeit the match than let them get knocked out, which can lead to them withdrawing from the tournament or even being injured in the weeks that follow. Keep that in mind when you see the stats at the start of the fight. If victory looks unlikely, hit Y to withdraw and avoid the consequences.

Pay attention to your Will/Guts

If you do get knocked out while fighting, it is best to do it when you have lots of Will/Guts available. Reaching zero HP when low or even out of these stats will increase the chances that your monster will be injured as a result of the fight.