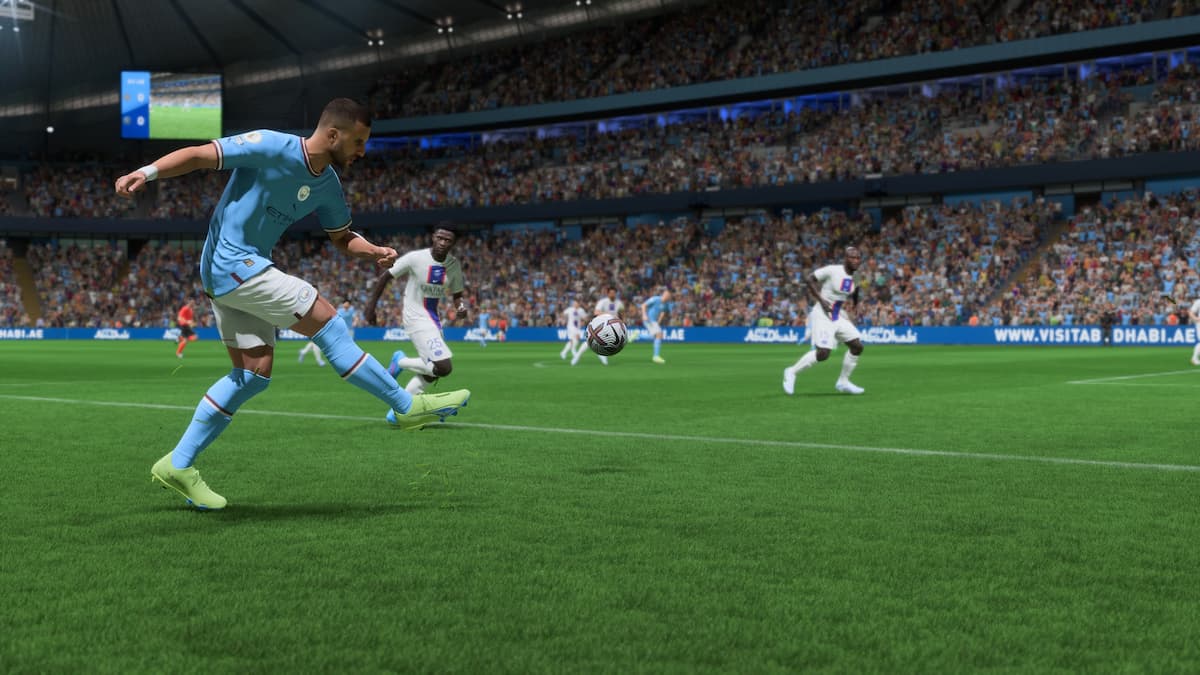 Ted Lasso and AFC Richmond got a lot of attention during the marketing of FIFA 23, but that team isn’t the only one featured on a TV show to be in this year’s game. Wrexham AFC, a real football team from Wales, has received notoriety in recent months thanks to the show Welcome to Wrexham on FX. Actors Ryan Reynolds and Rob McElhenney are part-owners of the team, and the show documents the team and the duo’s journey in the world of professional football. If you’ve seen the show, you might be wondering if Wrexham FC is featured in FIFA 23? We have an answer to that question.

Related: FIFA 23: How to upgrade attributes in Player Career Mode

Wrexham AFC, including team members, and the name and logo are in FIFA 23. This includes football players being included in FIFA 23’s primary game mode, Football Ultimate Team, and the option to play as Wrexham AFC in Classic Match mode. Additionally, users can swap out existing teams in FIFA 23 Career Mode by hitting Y (for Xbox) or Triangle (for PlayStation) to pull up the ‘Swap Teams’ option. Then, scroll until you find Wrexham.

Wrexham AFC is situated alongside the ‘Rest of the World’ teams in FIFA 23 because of Wrexham AFC’s stature within the English football ecosystem. Wrexham is currently in the National League, the fifth-highest tier of football in the United Kingdom.

The four other English leagues: the Premier League, EFL Championship, EFL League One, and EFL League Two, are all featured in FIFA 23. The National League is not, thus pushing Wrexham FC to the miscellaneous teams section. Wrexham FC isn’t alone there, however. Multiple teams, including the fictional AFC Richmond, can also be found here.