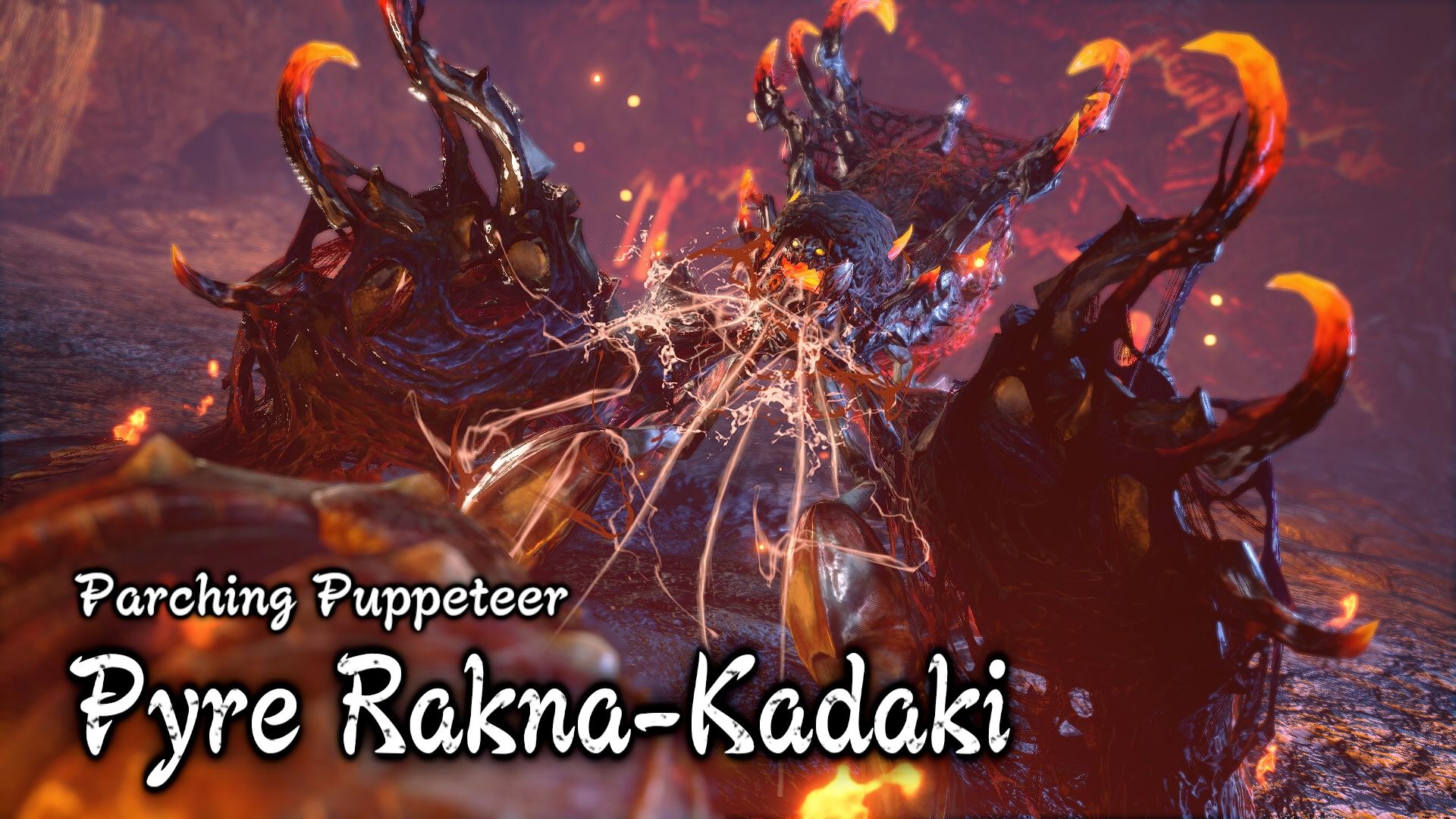 Monster Hunter Rise: Sunbreak expansion has brought a whole host of new monsters to take on, but it has also introduced new variants to existing monsters in the series. The Pyre Rakna-Kadaki is one of these variants, adding new twists to the already deadly Rakna-Kadaki. If this new monster is giving you trouble or you’re not sure if what it drops will be worth the effort, here is our guide on the Pyre Rakna-Kadaki’s weaknesses, loot, and how to beat it.

As you might suspect from the name, the Pyre Rakna-Kadaki is prone to living in hotter regions such as the Lava Caverns. It is essentially the fire variant of the original Rakna-Kadaki and has many of the same attacks but with the occasional fireball thrown in.

The Pyre Rakna-Kadaki’s attack pattern will be familiar to anyone who has taken down one of the base monsters. It will summon a swarm of offspring to aid in its attacks and overwhelm hunters. Similar to the Shageru Magala when compared to its lesser form, many of the same tactics will work here, though the creature’s attacks will be decidedly stronger. It will also shoot webbing in multiple line attacks, which will be followed up by a fireball. This makes taking the creature on from the front risky business. When it raises its legs up into the air, get ready to move out of the way of its Explosive Strike.

Blunt weapons will deal significantly more damage against the Pyre Rakna-Kadaki than either slashing or ammo attacks. Aim for the head and try to get the monster stunned, as it has a weakness to the stun status effect. As expected from a fire-based monster, water is your best element to attack with. Ice is a decent secondary element to attack with, but water is a significantly better choice. Fire, thunder, and dragon damage won’t do you any favors here.