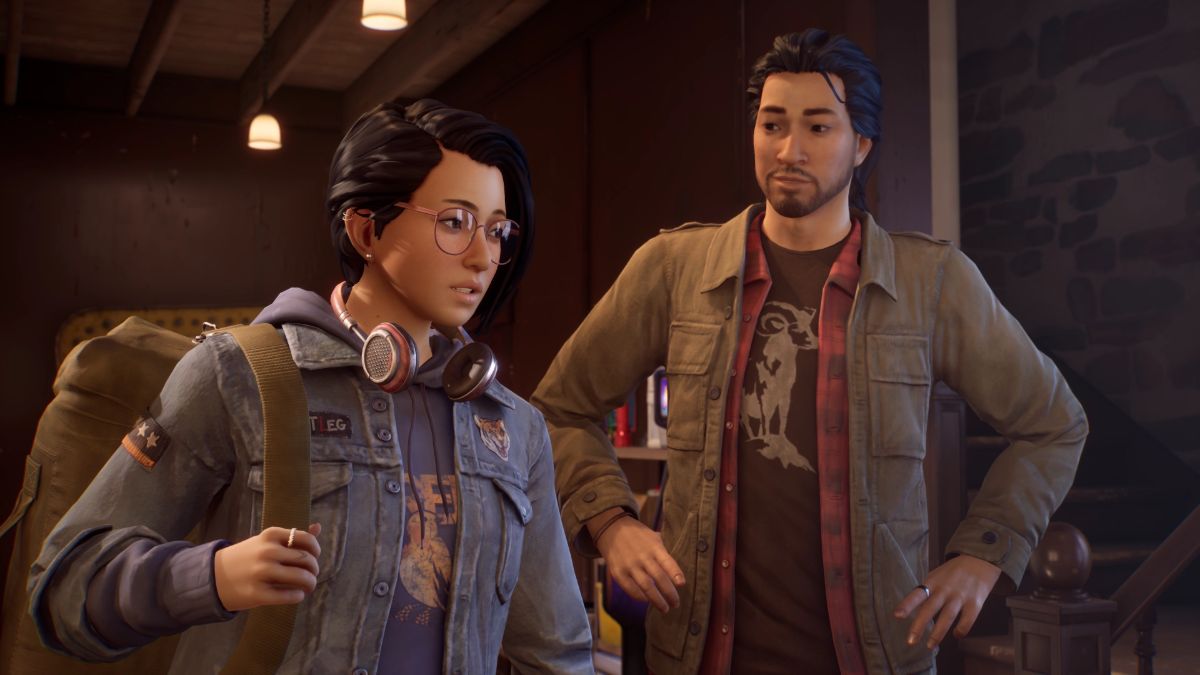 September 2021 is going to be a busy month for you and us, as there is a surge of video games releasing in this timeframe. From the action-heavy Diablo II: Resurrected and Tales of Arise to the emotional Life is Strange: True Colors, there is a lot to look forward to. The fall season is about to begin.

Prepare to dive back into hell as the Blizzard classic action RPG Diablo 2 is getting resurrected for the PS4, PS5, Xbox One, Xbox Series X/S, Nintendo Switch, and PC on September 23. Developed by the same team behind the excellent Crash Bandicoot and Tony Hawk remasters, Diablo 2: Resurrected stays true to the original game but gives it a modern look and feel. There are also new cinematics and newly remastered music to make this the best Diablo 2 experience possible.

After multiple delays, Kena: Bridge of Spirits is finally arriving on PC (Epic Games Store), PS4, and PS5 on September 21. Fingers crossed that the date won’t be moved again. This 3D platformer has you going on an adventure to find a sacred mountain shrine and figuring out the secrets of an abandoned village. As you explore a beautiful forest, it will likely feel similar to playing a big-budget Pixar or Dreamworks film. You’ll be rescuing spirits, fighting corrupt monsters, and restoring the forest area to how it used to be. We can’t wait to get our hands on this game.

The Life is Strange series continues this month with a new protagonist named Alex Chen. Releasing as a full experience rather than the episodic release format, True Colors has you figuring out what really happened to Alex’s brother after he is found dead in a supposed accident. Wielding the power to absorb, witness, and alter the emotions of others, Alex must use her abilities to find out the truth. You’ll be meeting the townsfolk of Haven Springs as you build their trust. Returning character Steph from Life is Strange: Before the Storm will be a part of the story too. It will be releasing on September 10 for the PS4, PS5, Xbox One, Xbox Series X/S, Nintendo Switch, PC, and Google Stadia.

Detective Takayuki Yagami is back on the case later this month as he investigates Akihiro Ehara, a police officer who has both sexual harassment and murder charges to his name. The defense lawyer asks Yagami to find details in the initial investigation that were overlooked, but it is up to you to decide his fate. While the topic sounds serious, this spinoff from the Yakuza series is known for its whacky comedic elements and action combat. You can also play Sonic The Fighters in an in-game arcade. You can become a detective on September 24 if you have a PS4, PS5, or an Xbox Series X/S. There is also early access for those who preorder the Digital Premium Edition or Digital Ultimate Edition on September 21.

Come on and slam and welcome to the jam when NBA 2K22 takes you to the court on September 10. The gameplay has been improved across the board with offensive and defensive play. In addition, there is the MyCAREER mode that has you exploring a new city on the PS5 and Xbox Series X/S versions of the game. According to 2K, there are NPCs populated throughout the open-world area and there’s a new Quest system that lets you level up and earn new rewards for your player. PS4, Xbox One, Nintendo Switch, and PC players will be hopping aboard a cruise, in which you’ll be playing in shoreside events.

Amazon’s MMO experience New World will be catapulting PC players into its vast landscapes on September 28. Being able to pick from three different factions and having a classless character customization system, there is a lot of freedom in a genre that can feel restricted. You’ll be wielding swords, magic, bows and arrows, spears, and other forms of weapons to take out your foes. There are a lot of activities too like upgrading your camp and fishing. It’s received a lot of buzz from its prior betas, so this could indeed be the next best thing. You might not want to miss out on it.

Hghly anticipated indie title Sable is reaching Xbox and PC platforms on September 23. The Xbox exclusive has a gorgeous hand-drawn-like art style that truly pops on your screen. You’ll be venturing through sand dunes with your hoverbike as you explore ruins and nomads to figure out the past. The character is also trying to find out more about herself. Puzzles are also a factor in this desert landscape.

A cult favorite 3D Sonic title on the Wii is now speeding its way to PS4. PS5, Xbox One, Xbox Series X/S, PC (via Epic Games Store), and the Nintendo Switch on September 7. Set in an amusement park in space, Sonic is trying to save the Wisps, beings that are powering Dr. Eggman’s latest enterprise. Each of the wisps provides new powers for Sonic, and there are six different worlds throughout the story. The Ultimate version comes with upscaled 4K visuals, a new rival rush mode, and improved gameplay.

The Tales series is taking a big leap with the stunning Tales of Arise that will hopefully delight new and old fans alike. Releasing on September 9, this action RPG sets you in the Dahna, a place that is being overrun by an alien planet. It is up to you to liberate fellow citizens from the threat and turn the tables. Unlike prior entries in the series like Zestiria and Berseria, Tales of Arise looks absolutely gorgeous with the all-new atmospheric graphics shader that’s inspired by anime and watercolor paintings. It certainly looks striking and helps it carve its own niche in the JRPG market. It will be releasing on the PS4, PS5, Xbox One, Xbox Series X/S, and PC (via Steam).

WarioWare: Get It Together

Lastly, is WarioWare: Get It Together, a micro-game collection that requires snappy reaction time and skills from its selection of 200 games. The neat thing is that you can play this with either a friend or by yourself. The series is known for its whacky and comedic situations. For example, Nintendo says that you’ll have to pull out a statue’s armpit hair in Get It Together. There is a story element, which has Wario and his pals trying to escape a game they created, and the only way to do it is to succeed in these quick and reaction-based microgames. WarioWare: Get It Together is Switch-bound on September 10.