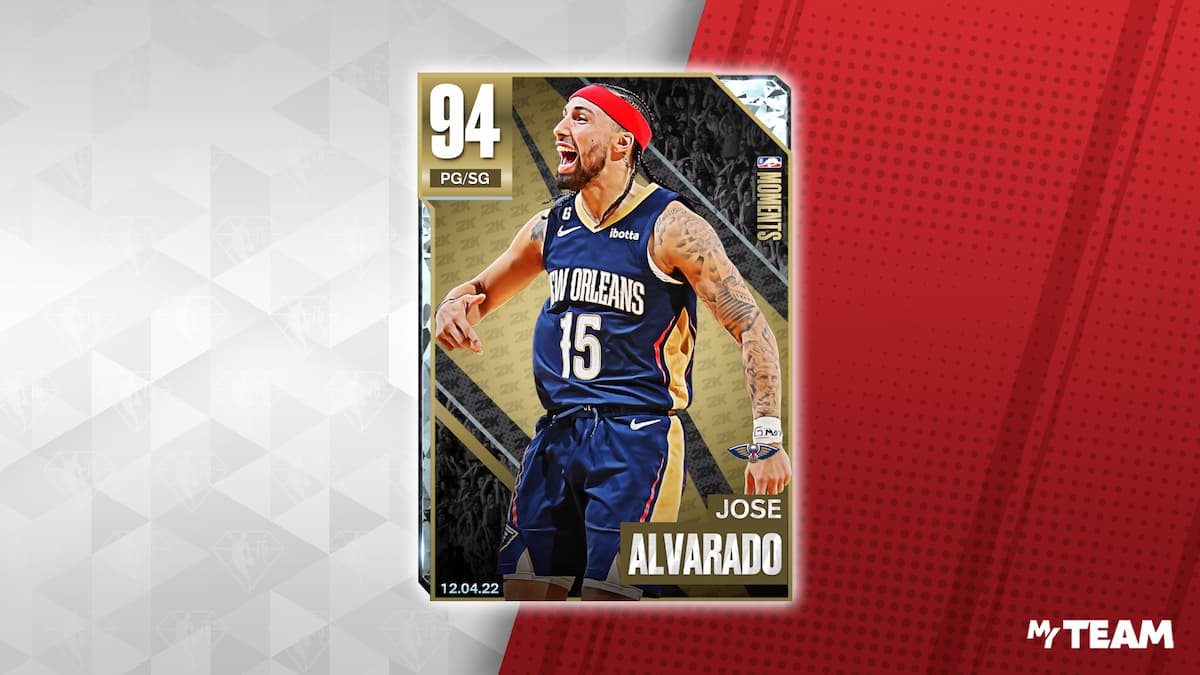 On December 5, 2K released a new Moments Agenda challenge in MyTeam. The reward for completing these Agendas is a 94 OVR card of Pelicans point guard Jose Alvarado. What will you need to do in order to add 94 OVR Alvarado to your collection? Let’s take a look at the Agendas.

How to get 94 OVR Moments Jose Alvarado in MyTeam

In order to get the Moments Alvarado in MyTeam, players must complete five separate Agendas. These Agendas include objectives that need to be completed in one of MyTeam’s various online and offline modes.

Like with other Moments and Takeover challenges that dropped in the past, our advice is to work within the single-player game modes, particularly Challenges. This will allow you to rack up stats, without having to deal with the “sweats” in online play.

You will need at least one Jose Alvarado to complete this challenge. As of this writing, there are two Alvarado cards available, but you will need the Series 1 Token Market reward card for at least four. For the 3-pointer challenge, you could use the Series 1 or the 82 OVR Fire & Ice Alvarado.

Upon completing the four challenges, players will then receive the 94 OVR Moments Jose Alvarado. This card will leave the MyTeam Agendas on December 8.