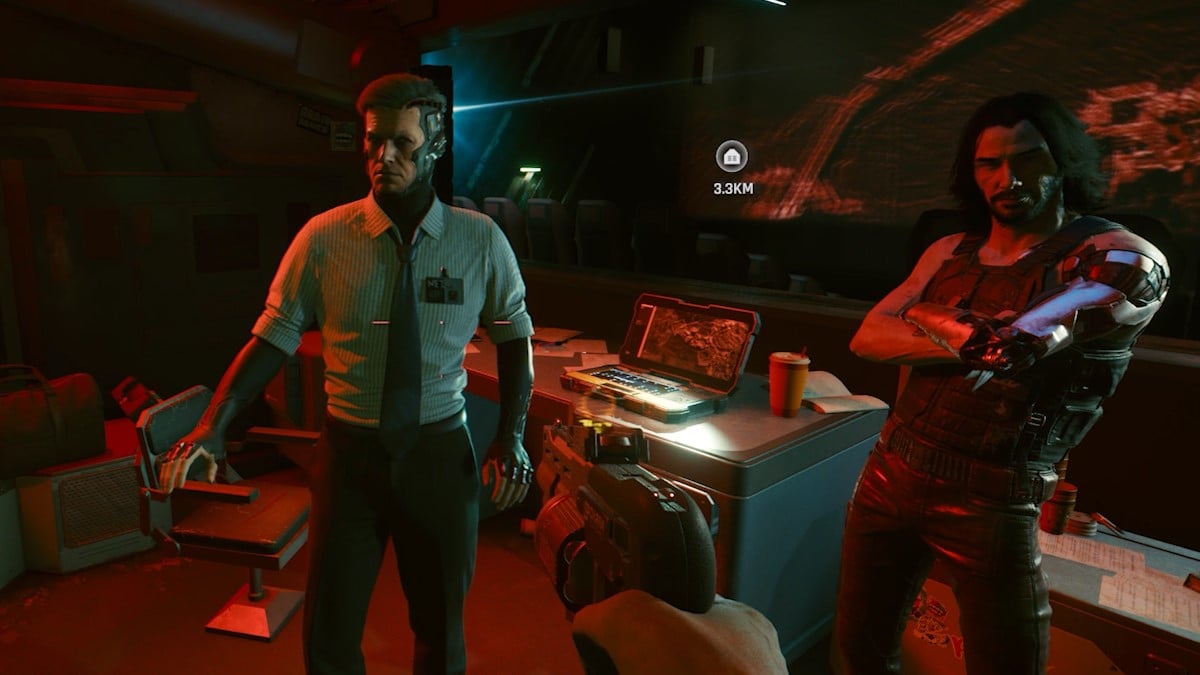 During the “I Walk The Line” mission in Cyberpunk 2077 you will need to decide between the Voodoo Boys and NetWatch. After making your way through an abandoned mall and probably getting dumpstered by Sasquatch at least once, you will come face to face with the Netrunner who has been causing the Voodoo Boys problems.

They want him out of the picture, but he has another option for you. If you are happy to let him leave with the data he has acquired, he will get rid of the virus the Voodoo Boys installed in your firmware, and released the Voodoo Boys leaders that he has on ice. In this guide, we will walk you through both options without dropping any major spoilers on you.

The Netwatch lets you know that the Voodoo Boys had always planned to burn you, and he does live up to his end of the deal. The Voodoos wanted Bridgette and Ti back, and that is what they get. You also get to walk out of the GIM with no more trouble. Placide will be made at you, but nobody cares about his feelings, and he was a chump for trying to burn you.

Bridgette knows who you are, and what you have in your head, and is willing to help you as long as you let her examine the chip.

Siding with the Voodoo Boys

If you punch out the Agent and jack into him while he is on the ground, Placide uses you as a relay to burn all the agents, happily trying to kill you in the process. When you get back to the mall, Bridgette is awake, and you still don’t need to care about Placide’s feelings.

Both options lead you to the same place, but you can read on for some spoilery impact that will happen in the next missions.

Transmission is the next step in the quest and involves some general story movement. Towards the end, if you side with NetWatch, they will get a bunch of Voodoo Boy guards killed. We don’t want to go into why because it would be a major story spoiler. You will need to sneak or fight your way out at the end of the mission.

If you side with the Voodoo Boys, you can leave peacefully instead. We opted to side with Netwatch for our overall playthrough, as nobody likes working with backstabbers.