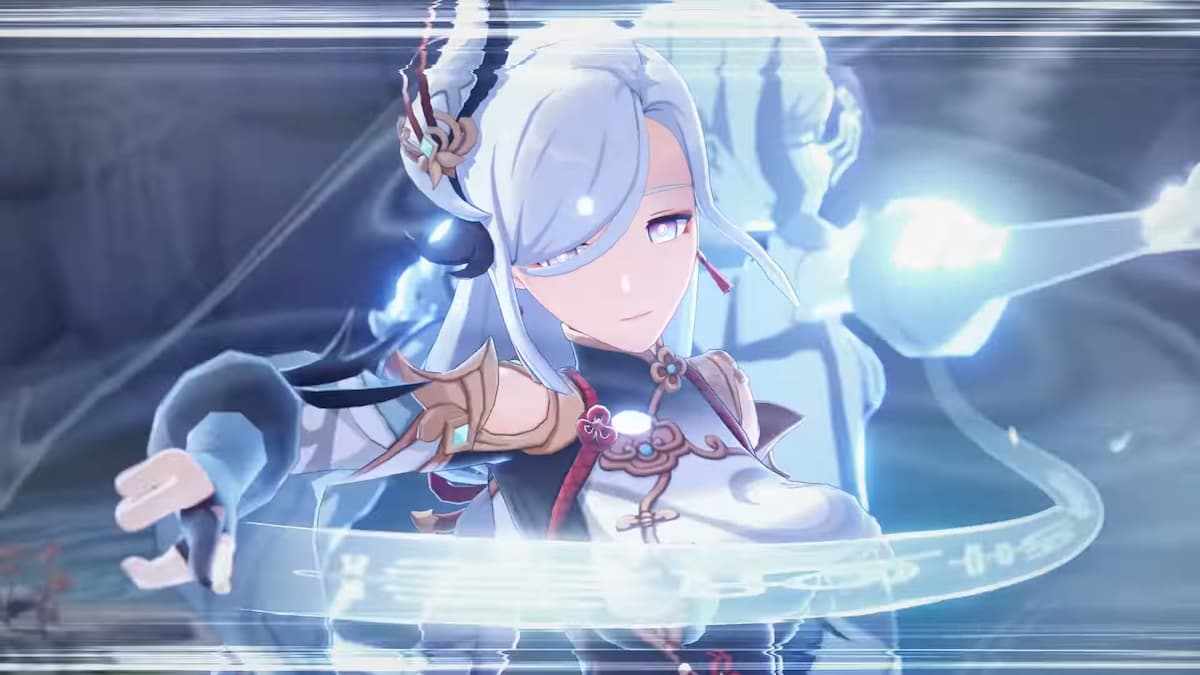 Shenhe offers Genshin Impact players a pretty unique character to add to their party. Armed with her Cryo Vision and a Polearm, Shenhe can dish out plenty of damage of her own and also excels at buffing the damage done by other Cryo champions.

Easily the best thing about Shenhe is her overall adaptability. She is a solid enough fighter in her own right, can do plenty of Cryo damage, and can sit in a non-healing support role. We have full details on her kit and abilities, and all her ascension materials, otherwise read on for a great build option for this character.

Ideally, the best weapon for Shenhe is the Calamity Queller. This 5 Star weapon is pretty much custom-built for Shenhe, offering a passive that grants 12% additional elemental damage and the Consummation buff. After using an Elemental Skill, causing ATK to increase by 3.2% per second. This ATK increase can stack 6 times. When the character equipped with this weapon is not on the field, Consummation’s ATK increase is doubled. This turns a great off-field support into one of the best in the game for any character that is reliant on attacks to get their damage out.

The Catch is also a solid option. While it might take a little while to obtain, it is worth it as a solid weapon that you don’t need to Wish for. The Catch will grant 10% Energy Recharge and will increase Elemental Burst damage by 16% and Elemental Burst CRIT rate by 6% at refinement level 1.

Anyone who has already managed to get their hands on the Skyward Spine might also want to experiment with that to see if an overall CRIT build is something they want to take advantage of. The synergy between attack speed increases should be worth exploring.

The Blizzard Strayer is an excellent option, as Shenhe is a Cryo character. To get the Blizzard Strayer set you will need to make your way to the Dragonspine region, and the Peak of Vindagnyr Domain. It is up to you as to whether you want to use two or four pieces of the set.

You can also choose to pair two pieces with a set like Gladiator’s Finale that gives increase attack damage, or perhaps a Gambler set if you are lacking in Elemental Skill damage.