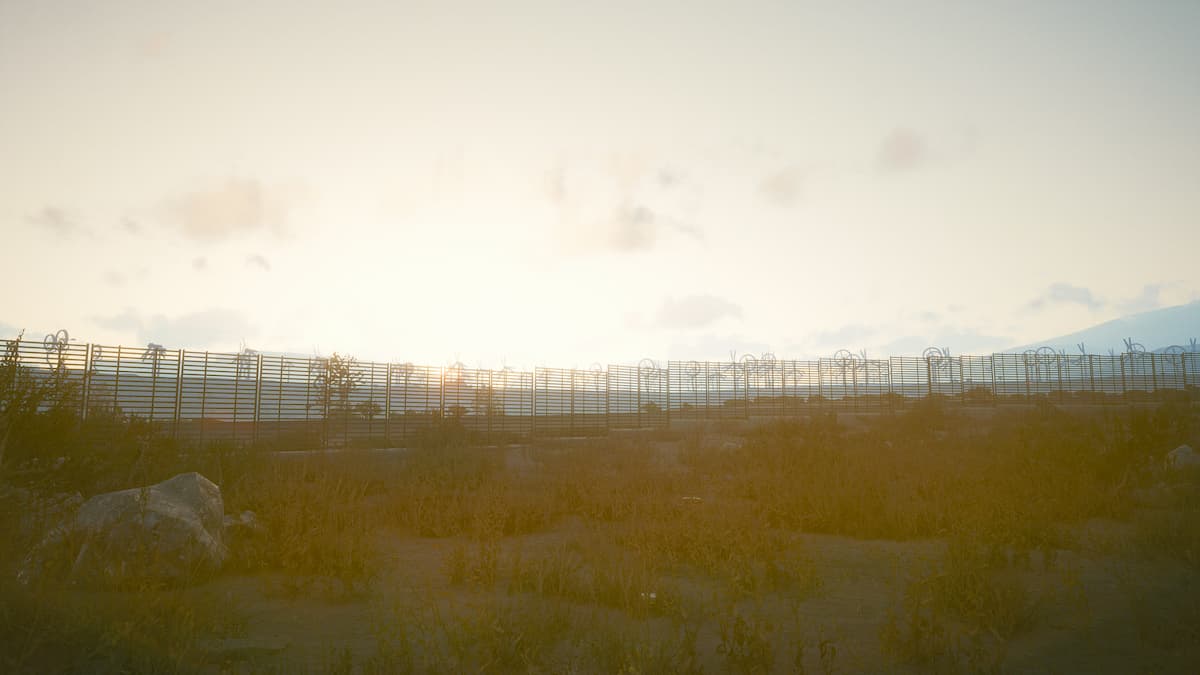 In Cyberpunk 2077, after helping Detected River Ward with finding out what happened to Mayor Rhyne following his death of natural causes, you receive a call to meet up with River later at the corner of Pacifica Blvd and Market Street. You have to go in the evening.

Before starting this quest, you must have completed the I Fought the Law side job to have been introduced to River Ward.

Where to meet up with River

When you decide to meet up with River, you have to go to the corner of Pacifica Blvd and Market street. The location is in Heywood, right in the middle of the district. You can find it on the map when you track the quest in your journal. You have to go in the evening, so head over there any time after 8 PM.

When you arrive at the location, you’ll have to sit and wait for River to show. When he does, you’ll have to approach his car and get inside. River shows you a news breakdown of someone known as the Peter Pan killer, and the one who fell out of the car was wearing his nephew’s shoes. He wants your help to find his nephew and get to the bottom of the case. River takes you to a lab where you can view one of the Harris’ dreams, the murderer, and you have to sneak into a lab to access them.

How to sneak into the lab and find the right cabinet

If you follow the quest waypoint to sneak into the lab, it’ll lead you to a back alley. Unless you have 12 points in technical ability, you won’t be able to get through the door. But there’s an alternative route. Continue going into the alley, and then go down the stairs. To the right of the stairs are some dumpsters you can climb to make it to the roof.

Once you reach this point, quest markers lead you to the next entrance you can use to access the lab. When you make it to the other side, there’s a fire escape, you can climb and access the lab through some windows.

When you get inside, you’ll need to search the cabinets to find the correct braindance file that contains the dream River wants to explore. You’ll need to use your scanner. The cabinet you want to find is one to the left of the large room at the center. The room looks like it was made for children to visit. Check the cabinets, and River will arrive.

Before finding the BD, a doctor arrives, and she reveals River has been kicked off the force. Several conversational pieces occur during this sequence, but regardless of what you say, you arrive at the same point and learn that Harris is not dreaming because of the bullet damage. You and River leave shortly after. You’ll go to one of the homes of a kid who was abducted by Harris to look through their things. You need to find clues in the trailer.

Where to find the clues

The clues to learn about Randy’s connection to Harris are in his room. Head to the left, in the far back, and look through his cabinet, but it’s locked. The key is in the main room, next to Randy’s desk in the kitchen. It’ll be on the shelf to the left of it, named “Randy’s Antique Key,” and inside the cabinet will be a game with a shipping label on it.

There’s a computer under Randy’s bed. You’ll need nine points in intelligence to crack the password. If you have the right points, it’s a simple breach sequence code. However, if you don’t, search the trailer for the password. You need to return to the front and play the record player. V will say the title of the soundtrack. Return to River, tell him to punch the soundtrack name in, and that will be the password.

Go through all of the messages on the computer. When you reach the final message, go to the Net and click the web page’s left side to find the hidden web page. Eventually, go to the video file that was deleted. Now, go to the “files” section of the computer, and click on the “ATT_Cart_Video,” to find it on the computer. After you watch the video, leave the computer. If you have 12 points in intelligence, you can grab Harris’ IP address.

Leave the trailer with River and talk with Joss. You’ll stay the night, and River will wake you up. He’ll hand you a BD, and it’s time to edit.

There are three braindances for you to edit and view. The first is a recording of Harris at his school, and it features three visual edits for you to view.

The next braindance is of Harris and his father at a farm. There are multiple visual edits for you to view.

The third braindance focuses on the cartoon Hariss had on the website, and watched as a child.

Once you narrow it down and collect this information, it narrows it down to an Edgewood farm. You and River leave to head to the farm.

Find a way into the barn

When you arrive to the farm, you and River need to make into the barn. However, there are several turrets and mines around this area. Make sure to use your scanner to deactivate them before advancing. On the left side of the barn is a ladder that you can use to access the roof. Again, double check that there are no mines or turrets in your path.

When you arrive on the roof, you can use a roof access to jump down into the barn. Use your scanner to find Randy, and then you can turn off the braindance. Return to River after you’ve turned it off, and then help the other victims. After you assist with two of them, you’ll return to Randy, and then it’ll flash to the NCPD arriving at the barn.

River will walk over to you, explaining how he’s going to choke the life out of Harris when he has the chance. You have three options here.

If you tell River not to do it, he’ll believe Harris is getting away with everything, but you convince River that Joss and the kids need him now, more than ever.

If you tell River that you’ll help him, he thanks you but decides to do it himself. He says as a detective; he knows how to cover his tracks. The same things go for the final choice, and it sounds like when he walks off, River will likely attempt to murder Harris in the hospital.

Between the choices, the first convince River not to handle Harris and to focus on the kids. The other two encourage River to take Harris down in the coma, so if you’d prefer that Harris didn’t kill Harris, you want to go with the first choice. On our playthrough, we convinced Harris to report back to Joss and the kids. No reason for him to become a murderer.

After the conversation, Harris walks off and says he’ll call you in a day. The side job is finished.