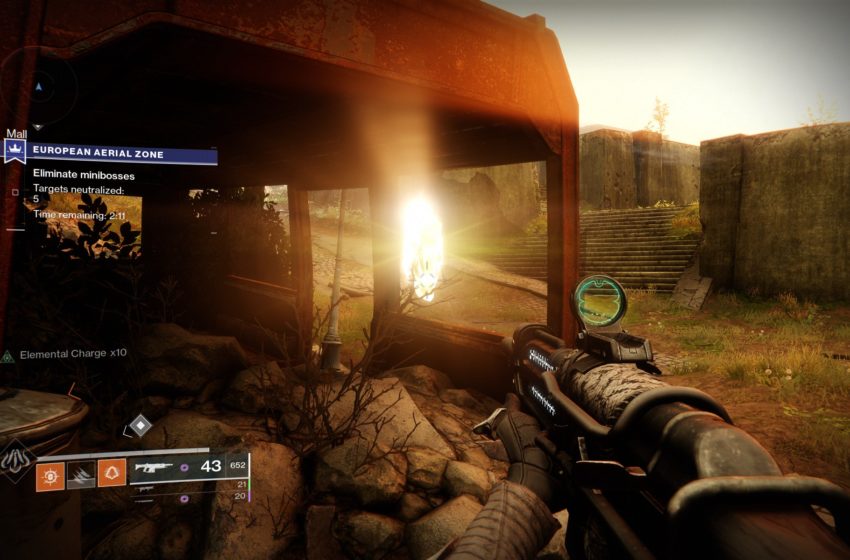 The Destiny 2 Solstice of Heroes 2020 event is live. You and your Guardian friends can visit the EZA to take on several mini-bosses before time runs out and you have to fight the big baddie, and then unlock a variety of chests to receive key fragments to open solstice packages. By participating in the event you can unlock special armor sets for the Warlock, Hunter, and Titan, by completing the various challenges for each armor piece to upgrade them. While in the EZA, you may notice these glowing crystals floating around the map. What are they, and what do they do to benefit you?

These crystals do not provide you with a buff while standing next to them, and they don’t do much at all except float there. They show their true nature when you destroy them. They give you a small boost in elemental charges, which is what you’re acquiring when killing an enemy with a specific elemental type. There are Solar, Void, and Arc orbs, and they provide you with a different buff. Every day during the Solstice of Heroes event, there will be a new buff active while you play through the EZA mode. When you reach 30 stacks of elemental charges, you receive the empowered buff. It’s active for 30 seconds, and then you have to gain those stacks over again. These crystals give you a boost of six, which helps if you find one around the border of the big bosses you need to fight after defeating the mini-bosses.

These are the three elemental buffs you receive while empowered:

Make sure to double-check what elemental buff is active while participating in the Solstice of Heroes event. For those having trouble locating all of the chests, we have those listed out for you to pick up all of them during the final phase of the EZA.