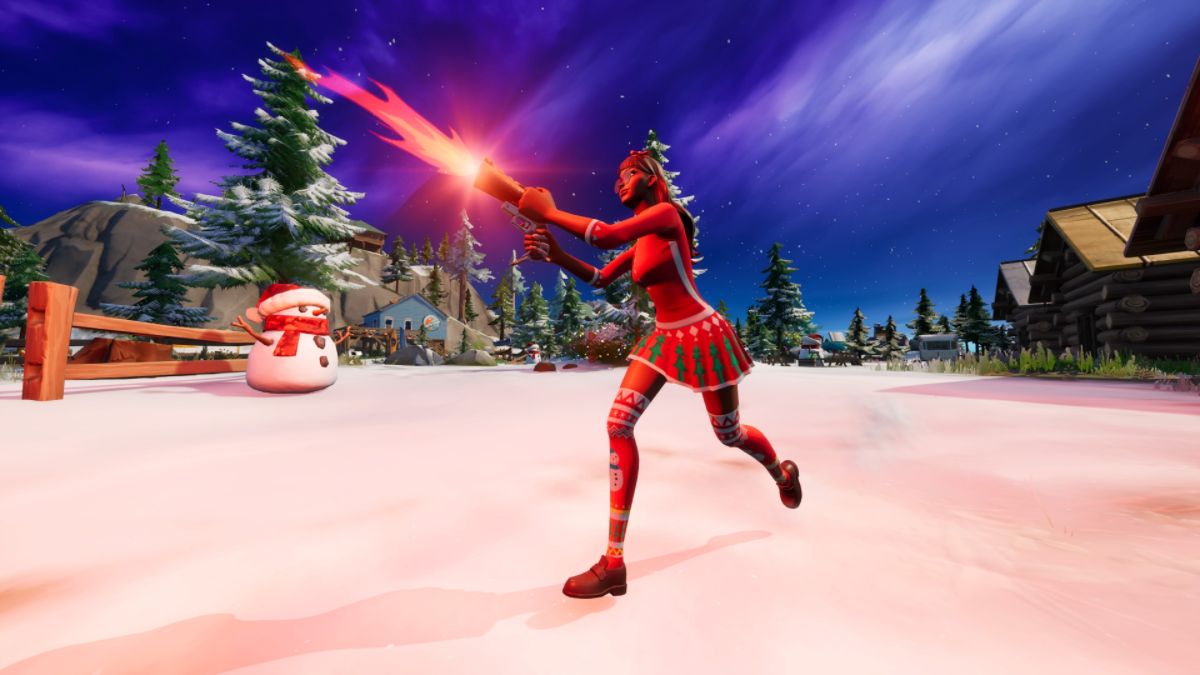 In Fortnite Chapter 3 Season 1, you can find a Flare Gun as random loot, but you can’t find extra ammo for it anywhere, so use it sparingly. The Flare Gun does two main things: it reveals the locations of opponents, and it starts fires (in particular, it ignites opponents’ structures). It also damages other players if you hit them with it, and can even be used to start campfires, but there are easier ways to do both of those things. If you want to use the Flare Gun to reveal the locations of opponents, then it’s best to shoot it into the air over the area where you think your opponents are hiding. This is because if the flare hits an object before it detonates then it won’t reveal anyone’s location.

Related: How to use a Shield Keg in Fortnite Chapter 3 Season 1

If and when a flare explodes in mid-air, you’ll see a blue wave effect pass over the environment below it, and then you might see one or two little orange diamonds. These diamonds are showing you where your opponents are. If you don’t see any, then there were no opponents in the flare’s area of effect at the time of detonation. The orange diamonds don’t last long though, so use that recon information wisely.

The other main function of the Flare Gun is to set fire to things. It’ll set fire to pretty much anything made of wood, so it’s best not to use it if you’re inside a wooden structure of any kind. The best things to set fire to with the Flare Gun are structures built by other players, especially if they’re hiding in them or behind them. When you’ve got a Flare Gun, those players who start building structures around themselves as soon as you engage them in combat are much less annoying and easier to deal with.