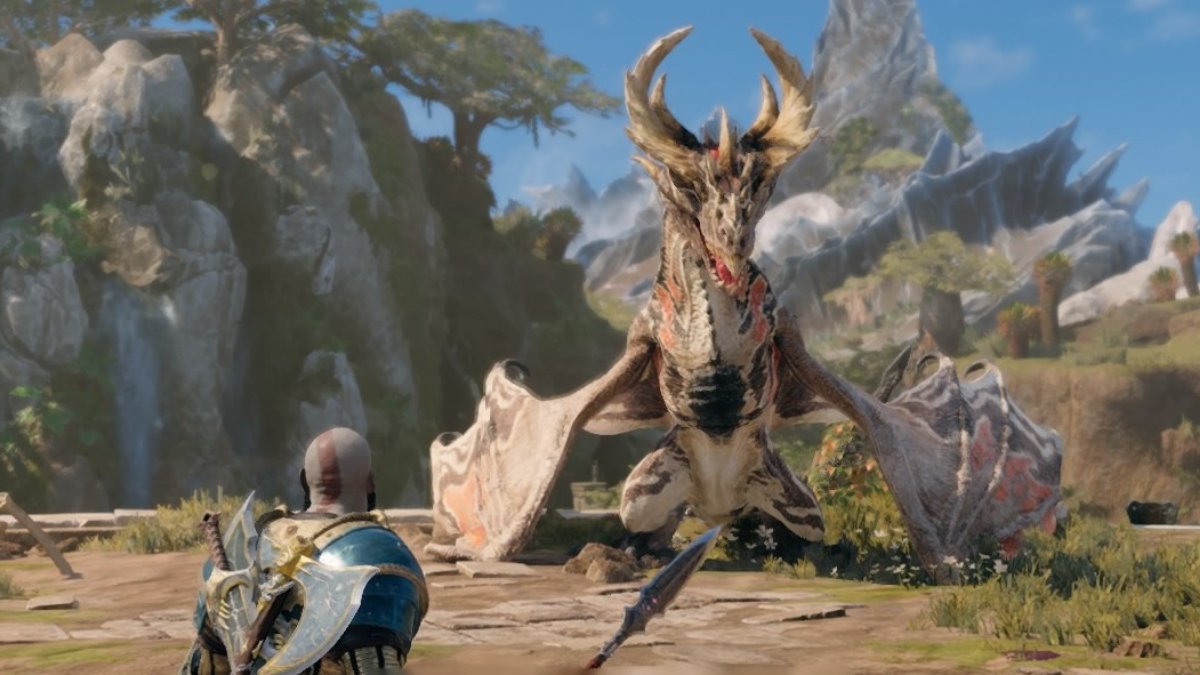 God of War Ragnarok is filled with various optional bosses for Kratos to take during his journey across the Nine Realms. These range from huge beasts to resurrected warriors with unique attacks and abilities. One of the optional bosses Kratos will surely meet is The Ash Tyrant, a huge dragon located in the Sinkholes in Vanaheim. You will encounter this boss during the quest ”The Burning Skies”, where you are tasked with killing it. Here is how you can defeat The Ash Tyrant in God of War Ragnarok.

Related: How to defeat Vali the Oath Guard in God of War Ragnarok

You will initially meet The Ash Tyrant when you reach The Sinkholes as it tries to stop you from reaching its lair. It will breathe fire and try to disrupt your progress throughout. When you reach its lair located at the top-most location in The Sinkholes, the fight will start. The Ash Tyrant fights much differently than other dragons, like The Crimson Dread and The Corpse Eater. It relies more on fire-breathing attacks and barely engages in direct combat, which makes it much easier to handle. For this fight, the Draupnir Spear is the best weapon to use as it works best in the long-range.

Initially, The Ash Tyrant uses claw attacks against Kratos. This is the only type of physical attack it uses on the ground. These are unblockable with the shield but can be parried if timed perfectly. Then it breathes fire projectiles which are its main attack. These can be parried or dodged. During this time, it will have its glowing neck exposed, which is its weak point. Attacking the neck will make it fall to the ground and will be incapacitated for a short time. This is the best moment to attack it with the light and heavy runic attacks and Relic.

A few Draugr, as well as a Wyvern comes to attack you. These need to be defeated quickly, as The Ash Tyrant will stand on one of the nearby pillars and breathe fire all over. After you’ve defeated the other enemies, then it will be time to face the dragon again. The trick is to throw the Draupnir Spear on one of the points in the pillar. After throwing, you will have to detonate them, and the dragon will be injured.

Using the Spartan Rage is highly recommended when it goes for fire-breathing attacks as it will be instantly incapacitated. Then use the arrows to weaken it and combine it with the light and heavy attacks.

Continue with the methods above, and its health will be completely depleted. Afterward, use the Finisher to defeat the dragon.