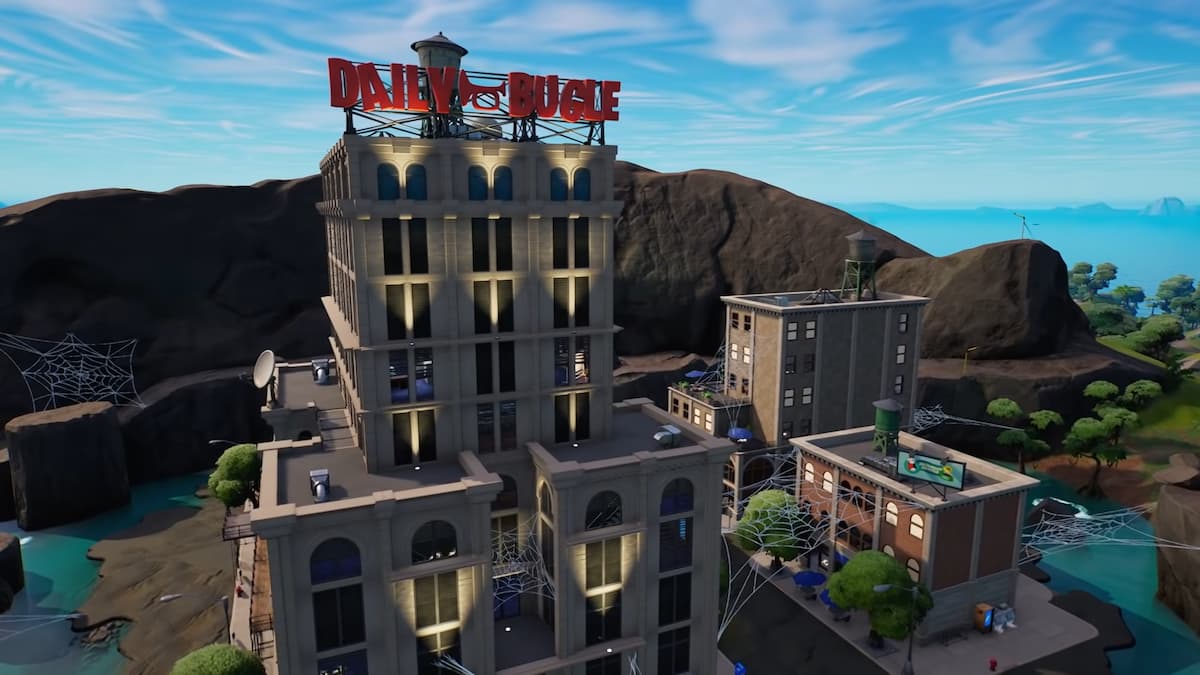 Spider-Man is not the only Marvel-based addition to Fortnite Chapter 3 Season 1, as you can also find the Daily Bugle on the map. The New York-based, fictional newspaper that Peter Parker works far, and is so obsessed with Spider-Man, can be found on the map.

Players who venture toward the northeast of the map will notice an exposed rocky mountain with a massive crack in it. Inside the valley formed by this crack, they will find the Daily Bugle building and some other smaller buildings surrounding it. The building is quite near to the eastern coast of the island.

The Daily Bugle is just one of 12 new named locations on the new map that has been exposed now that The Foundation has flipped the island. We are looking forward to being able to log on and check it out for any fun easter eggs and marvel references.

The new map is very different from the last chapter’s map, and the majority of the map is covered in snow. The snow stops short of reaching the Daily Bugle, but there is a chance that it might extend across the entire map for any upcoming seasonal event that Epic has planned.