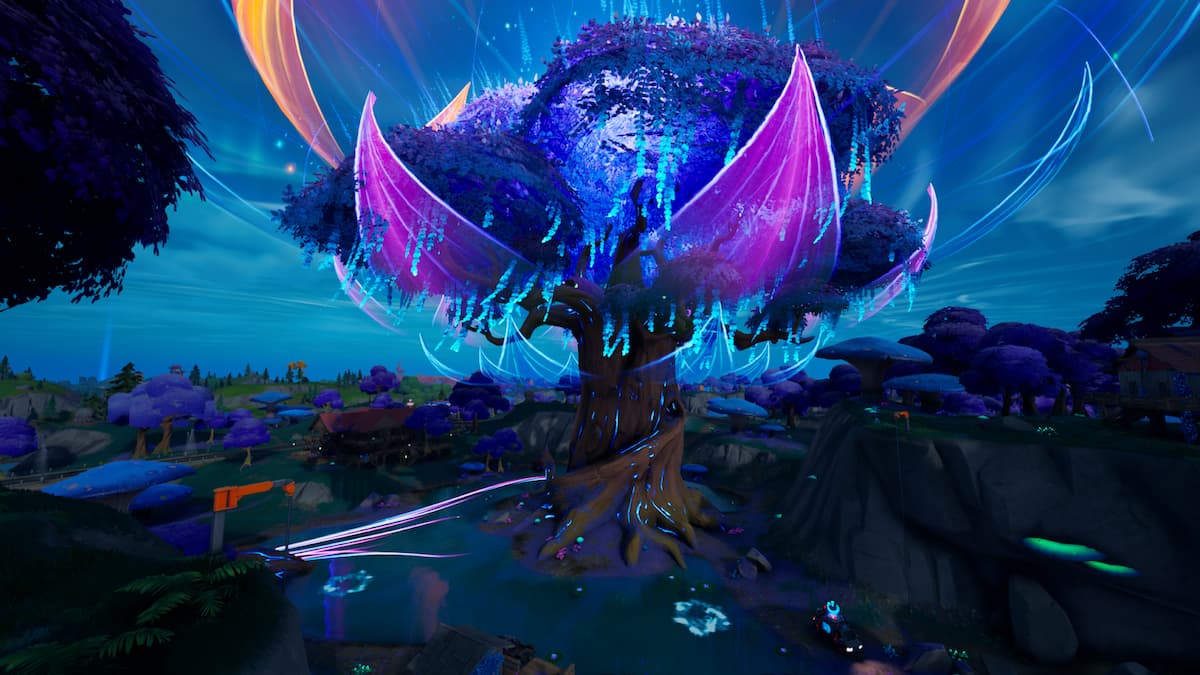 During Week 5’s seasonal quests, Fortnite Chapter 3 Season 3 will require players to collect five rings throughout Reality Falls. Recent collect-a-thons in the battle royale may have been pretty easy, but these rings float out of players’ reach and are quite tiny. Luckily, there is a set of five rings that aren’t too far from each other, making it possible to complete this quest in just a few minutes. Here’s where to find these rings and earn the quest’s XP.

Most of the floating rings around Reality Falls are either above or alongside the massive cliff on the north side of the POI. You’ll most likely need at least 100 building materials to collect each to build all five rings. Though, the bottom of the cliff’s waterfall also holds geysers for you to shoot into the sky and fly into each ring with your Glider. Each ring location alongside this cliff can be found pictured and detailed below.

On the northern end of Reality Falls’ cliff, you can find one ring floating directly above an ascender. We recommend building to this ring, as jumping off from the ascender will only get you inches away from it.

From the first ring, turn to the rest of the cliff to find this second ring floating above the middle.

Alongside the cliff’s waterfall, you’ll find another floating ring on top of a giant blue mushroom. If you’re having trouble seeing it, this mushroom is just outside of a small cabin.

In typical Fortnite fashion, one ring is hidden within the waterfall itself. So, you can just leap straight down from the cliff to capture it.

This last ring can be located near another ascender. This ascender is directly parallel to the one on the opposite side of the cliff.

Aside from blue rings, Chapter 3 Season 3 Week 5 also asks players to collect and use most of the game’s newest weapons to complete its quests. This includes the Ripsaw Launcher that largely spawns north of Logjam Lotus and the powerful Charge SMG.