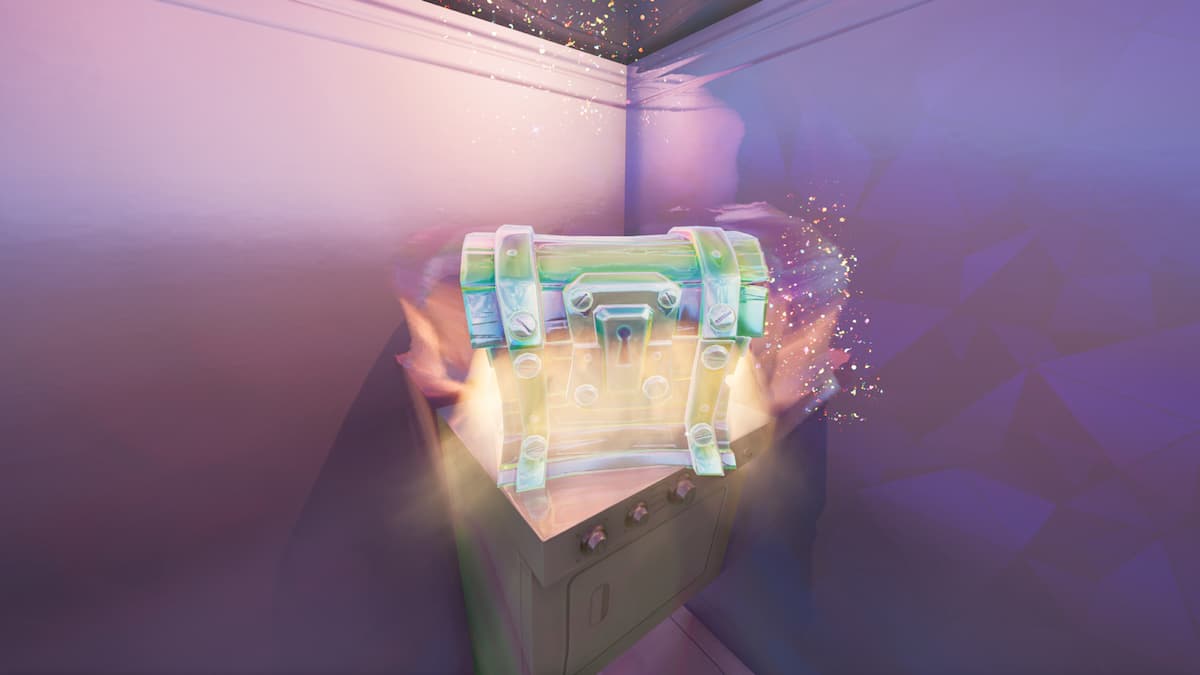 Fortnite Chapter 3 Season 4 will forever be remembered as the season of Chrome, as the shiny liquid has affected the game’s locations and mechanics. Better yet, it has also influenced some guns and their rarities. Known as EvoChrome weapons, there are now guns that evolve into higher rarities the more they are use. However, this special type of item can only be picked up from Chrome Chests in specific areas of the map. Here’s where you can find these Chrome Chests and everything you can expect to earn from them in Fortnite Chapter 3 Season 4.

Unlike all other chests, Chrome Chests are only located in areas that are covered in Chrome. This currently includes the following POIs: Harold’s Sanctum, Lustrous Lagoon, Shimmering Shrine, and Cloudy Condos. This is expected to change, as Chrome is said to spread to more locations as the season continues. In the meantime, Chrome Chests won’t be difficult to run into in these areas, as almost every chest they hold is covered in the substance.

Once you have discovered a Chrome Chest, it should reward either the EvoChrome Shotgun, EvoChrome Burst Rifle, or Chrome Splash. Each EvoChrome weapon found will be of Uncommon rarity, though you can increase their rarity simply by dealing damage to enemies and NPCs. Meanwhile, the Chrome Splash is handy when throwing it onto structures to turn them into Chrome, ultimately allowing you to pass through them.

In addition to Chrome, a handful of Chapter 3 Season 4 locations have undergone redesigns. For instance, structures within Lustrous Lagoon and Cloudy Condos are now hovering over the surface, being held in mid-air by hot air balloons. While journeying to these areas, you may also run into some newly unvaulted weapons, as the loot pool has added the classic Hunter Action-Bolt Sniper Rifle and plenty of other guns from past seasons.