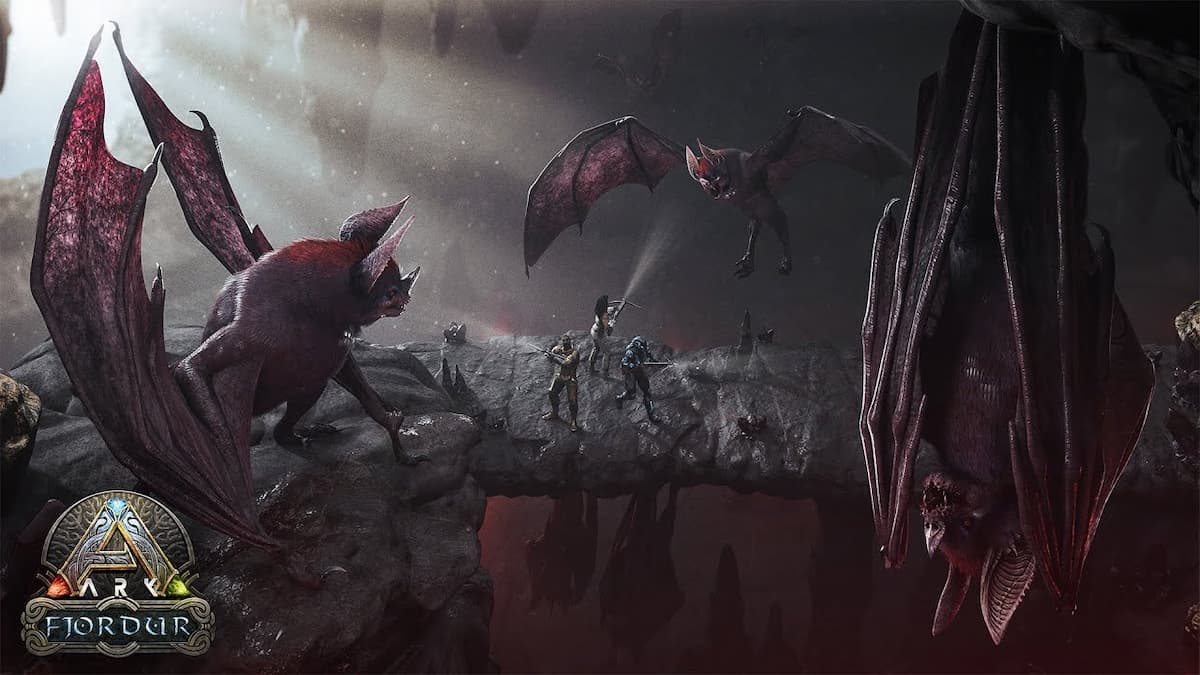 Ark: Survival Evolved recently released a brand new fan-made map. The map, Fjordur, is set in a fantastical landscape filled with amazing sights and creatures. One of the new creatures players can find on Fjordur is the mighty Desmodus Draculae, a giant vampiric bat that lurks in the dark and terrorizes all. This flying blood-sucker has the potential to change a lot regarding mount-based PvP in Ark, and it also offers a fantastic addition to your team in PvE. The issue with the Desmodus is that it tends to lurk in caves, and Fjordur is certainly not short on caves. This guide will show you where to find the Desmodus on Fjordur in Ark: Survival Evolved.

The Desmodus enjoys the heat and the darkness of the caves on the volcanic island. Players who want to venture across the ocean to this location need to head to the following coordinates: 90.7 – 78.6. This will lead you to the cave’s entrance but be warned; it isn’t just Desmodus that lurk here, but also a variety of Pulmonoscorpius, Araneo, and Titanoboa.

Related: How to tame the Desmodus in Ark: Survival Evolved

This small cave tucked behind a waterfall is filled with Desmodus clinging to the ceiling, looking ominous. The entrance to this cave is at 37.6 – 74.9, and you’ll need to run down a tunnel.

You can find the occasional Desmodus terrorizing the island’s surface here, but it’s better to go underground to find more Desmodus. The entrance to the underground caves on the island is 49.3 – 14.3. So head down the flowery path until you find them lurking about.

The next location is a cave underneath the blue obelisk. You can enter through the ocean tunnel. The entrance to the cave itself is 72.04 – 04.3. You need to climb up some rocks and cliffs to reach the massive volcanic chamber that houses Megalania and Desmodus.

This iconic and extremely well-recreated location plays host not only to memories but also an Abberattion zone and the Desmodus. The cave has two entrances, but the main one is at the following coordinates 83.5 – 21.2. Follow the way down, and eventually, you’ll get to the bridge where the Desmodus live.

This place isn’t difficult to reach. You need to look out for the Basalt columns, the hexagonal shapes, and the head inland from the coast. The entrance to this large cave is at 68.4 – 34.0. There are some Desmodus on the roof here.