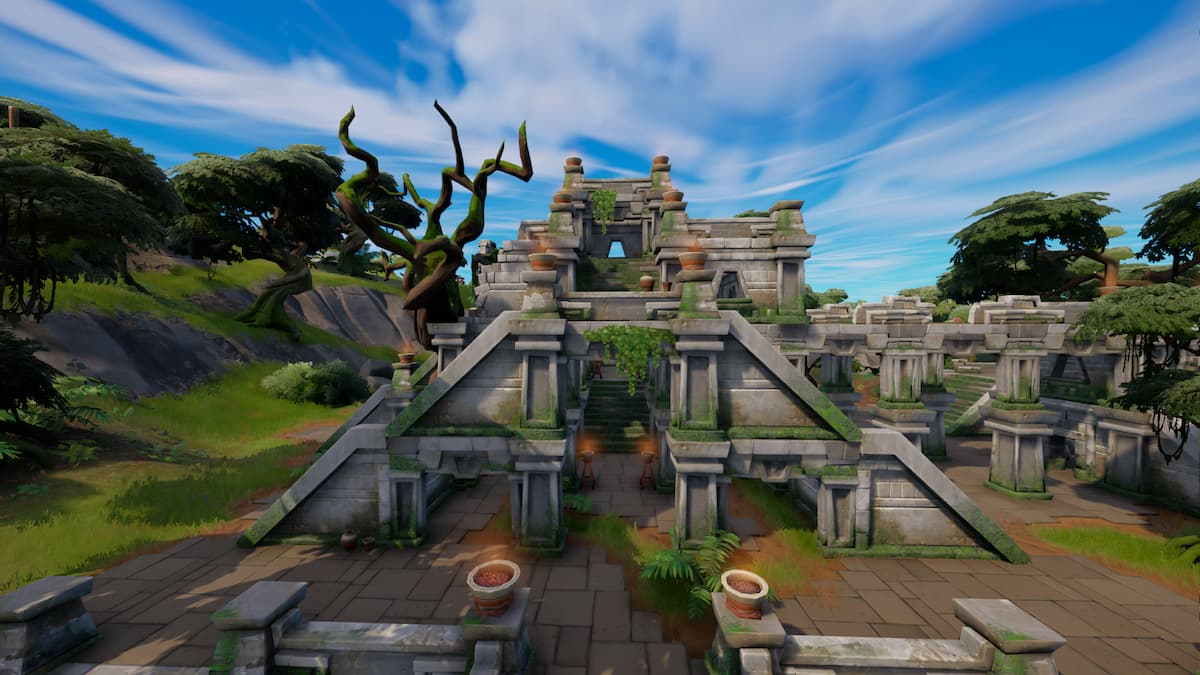 Fortnite players who only drop inside of named locations are certainly missing out. The battle royale’s island holds dozens of smaller landmarks with many known to gift Epic and Legendary weapons. This includes the temple locations, as each holds a wealth of ground loot and chests. These areas even give players the opportunity to earn XP by partaking in one particular Chapter 3 Season 3 challenge. Here’s where you can run into each temple in Fortnite.

All temple locations in Fortnite

The current map holds three different temples for players to visit. Although you won’t spot these marked on the in-game map, these landmarks are known as The Temple, The Ruins, and Tumbledown Temple. Those simply looking for the best loot of the three should look to head to The Ruins, as there’s even a smaller island to the east of it with plenty of chests. Players can also gain 15,000 XP by completing the challenge of reaching max shield inside any of the three temples. You can find every temple marked and detailed below.

If you’re on the hunt for more XP and Battle Stars, Chapter 3 Season 3 surely has enough quests to help you finish the Battle Pass. For instance, this temple challenge is a part of Week 3’s set of seven quests. Most of these are relatively easy, but one challenge will task players with finding and jumping on one of the game’s hidden diving boards.