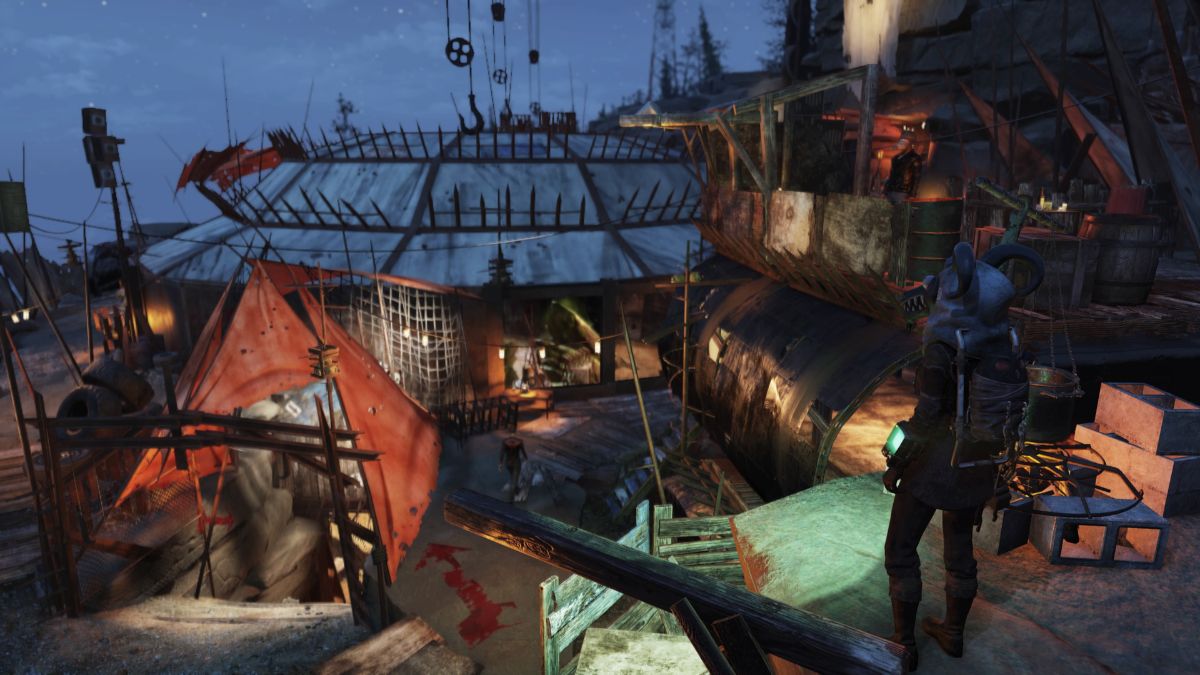 Thanks to the Test Your Metal update for Fallout 76, the Metal Dome has become a popular site to visit. Now that the Rust Eagles have moved in and transformed the area, you are now able to do more there than ever before. Unlike most of the areas in the game, the Metal Dome still doesn’t have much for you to do. At the very least, you can do some sightseeing and complete an event.

You could have gone your entire playthrough so far not knowing the Metal Dome ever existed. This area was once home to the Blood Eagles but has changed to the Rust Eagles since the Test Your Metal update was released. If you are interested in finding this area, it is located on the eastern side of the map. You can actually reach the Metal Dome for free by traveling to Fort Atlas and walking north. The location of the Metal Dome is also to the east of Ingram Mansion and south of Sunnytop Station. This location is quite easy to spot once you reach the area.

What to do at the Metal Dome

The Metal Dome used to just be an area where you could fight some Blood Eagles and loot some items. Since the release of the Test Your Metal update, this large arena is now home to the Test Your Metal public event. This event requires you to help three Brotherhood of Steel soldiers defend themselves from an onslaught of robots in a gladiatorial-style battle. Outside of the public event, you won’t find much to do in the area besides speak to a few new NPCs such as the battlebot builders. There is also a lack of items to loot in this area since the update was released. At least there are plenty of rewards to obtain from the event that takes place there.