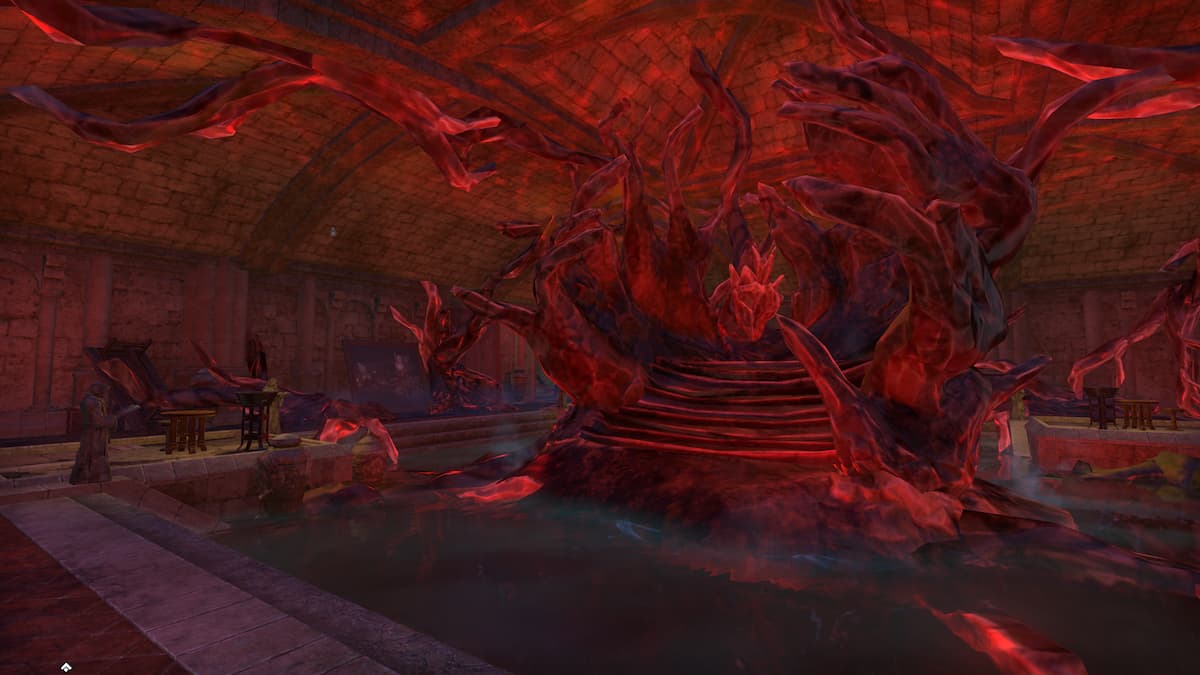 Skyshard location in the Spire of the Crimson Coin

The Skyshard in Crimson Coin is located in the maze near the Crimson Apprentice boss, far east of the zone. While you don’t have to engage the boss, you do have to navigate through the maze until you find his fight arena, as that’s the only path into the fountain where the Skyshard is hidden. Along the way, you will occasionally run into Coagulant creatures, animated armors, and blood-magic ritualists, so make sure you’ve got plenty of healing or can sneak around them.

While you’re here, you might as well knock out the other two achievements: Crimson Coin Group Event and Crimson Coin Conqueror. We’ve got a Spire of the Crimson Coin achievement guide for you right here; that way, you don’t have to backtrack all the way out to this dungeon. If you’re looking to finish up your Skyshard collection, check out our location guide for all 18 Skyshards in High Isle, or if you’re looking for the other Public Dungeon guide, Ghost Haven Bay, we’ve got you covered with a guide here as well.