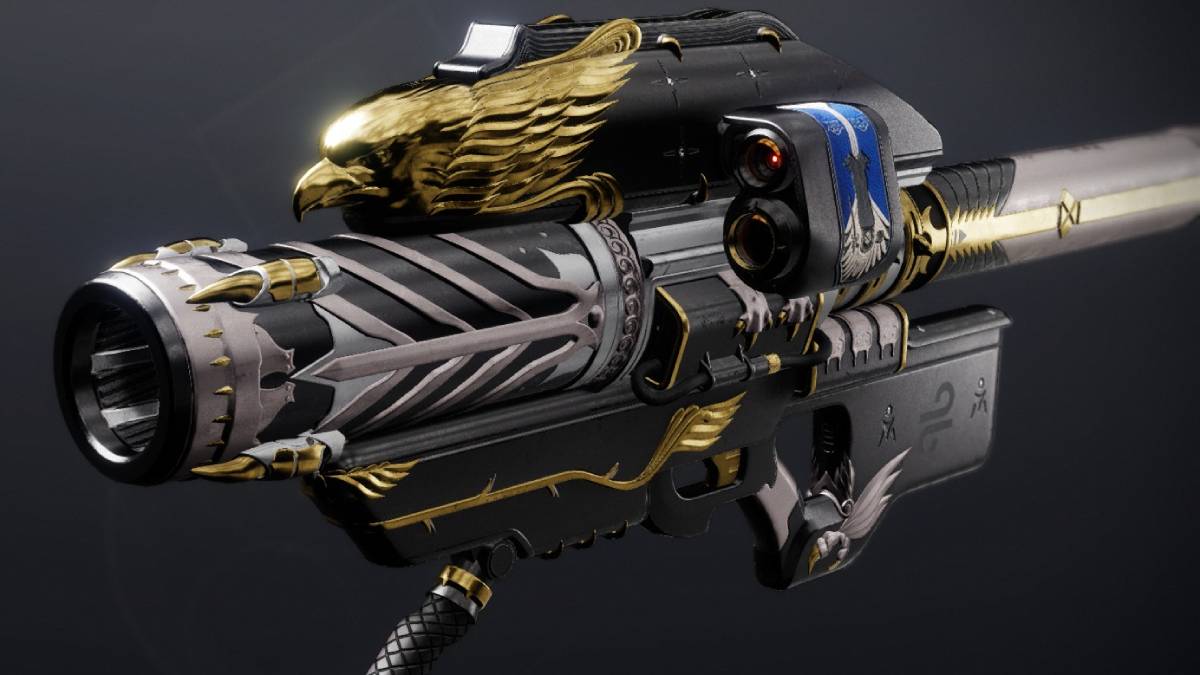 Destiny 2’s Grasp of Avarice dungeon is filled to the brim with fancy loot, formidable opponents, and a rich tale of good old Guardian-style piracy. Players can find the latter in the 12 messages from Wilhelm-7 peppered throughout the dungeon, and those who make the effort to find every piece of the story will be rewarded with a sweet ornament for the Gjallarhorn rocket launcher.

Collecting every message from Wilhelm is also one of the requirements Guardians need for the Vidmaster title. Here’s how to find them all, ye scalawags.

After completing the first sequence by eliminating enough Hive enemies at the loot cave entrance, the ground of the cave will fall and you’ll fall into the dungeon proper. The first message is close to where you land, near a crystal formation on the left.

Continuing through the main path as normal, the second message can be found near a chest with some dead engrams and crystals after crossing the large crystal bridge.

The third message is in a blue room near the start of the Rusted Gangplank section. Making sure to avoid landing on the spike plate inside the entrance, players can pick up the second bottle on a high ledge to the left.

Message four can be found during the platforming sequence after players unlock the six large bulkhead doors. After going through the correct door on the far right with the pressure plate, you’ll have to turn around to find the next message on a nearby catwalk.

The rectangular door puzzle holds the next message from Wilhelm. You can find it in the room furthest to the rear on the left after entering the area and unlocking the doors needed to get there, inside a crawlspace in the far left corner.

After entering the office area beyond the circular room sequence, the sixth message is inside a small air vent shaft in a room filled with several containers. The room has a spike trap and a large РФБА logo inside.

The seventh message can be found immediately after defeating Phry’zhia the Insatiable, the Ogre boss. Players will see a large tube on the left when entering the next area, and the bottle can be found inside the tube with more dead engrams.

Messages eight and nine are both in the area near the large skull face at the end of the sparrow racing sequence. From the inside of the skull, you can find the eighth message to their right, following a small path downward.

The ninth message is high above the main path inside the cave, on one of the crystal stalactites near the top. You’ll have to use the crystal fragments to parkour your way up to the bottle before dropping down into the cave for the next sequence of the dungeon.

Messages 10 and 11 are both found in the Fallen Shield area. Using the cannons to make your way to the rear of the room, you can find the tenth in a large ship turbine hanging over one of the islands on the right side.

The eleventh message is under the platforms on the island in the center of the room, where players will be after breaking the shield and grabbing their treasures from the chest. Hop down to the rocks under the buildings, and the bottle should be waiting for you near one of the large pillars.

Wilhelm’s final message, along with the corrupted Guardian himself, can be found in the container that opens in the center of the final boss arena after you kill Captain Avarokk, the Covetous. Finishing up the collection nets you the triumph for the Vidmaster title and the Hraesvelgur ornament for Gjallarhorn.