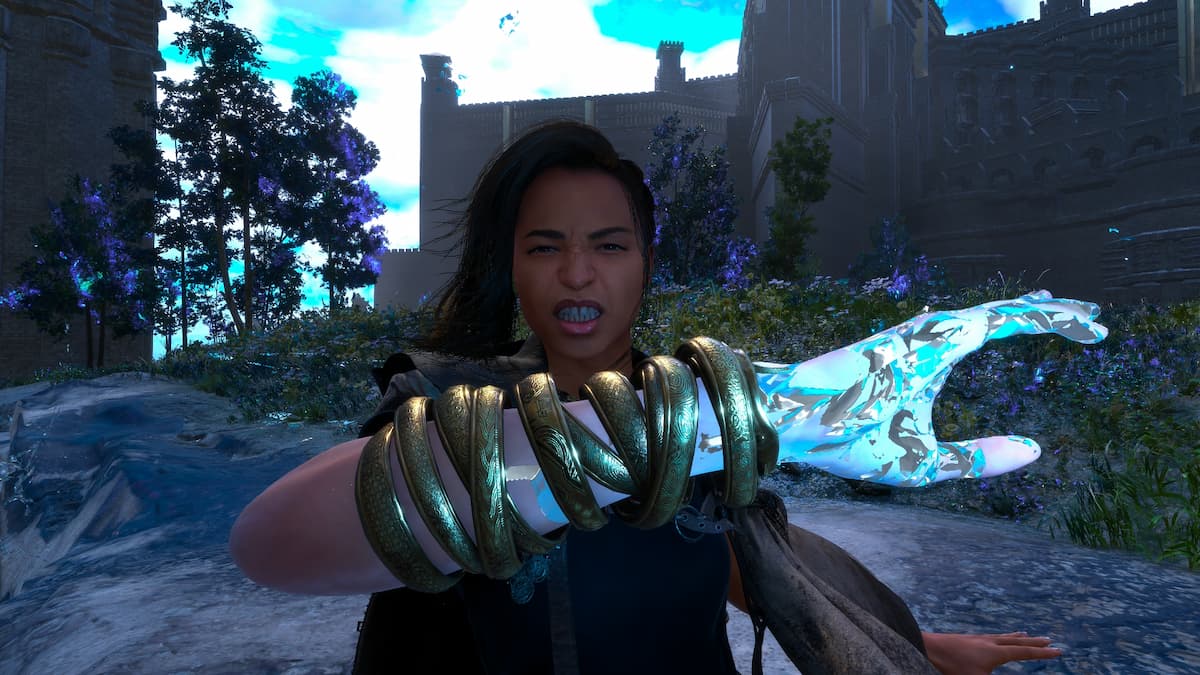 Cuff, or Vambrace as he likes to refer to himself, is sentient piece of jewelry and co-star of Forspoken. Frey Holland is a New Yorker on the run from trouble when she stumbles into a golden vambrace. She grabs it, then gets warped to a mythical world called Athia. Her newfound accessory can speak, and so begins a tumultuous relationship. This guide will highlight the voice actor that brings Cuff, also known as Vambrace, to life in Forspoken.

Related: Who are the voice actors in Forspoken?

Who is Cuff’s voice actor in Forspoken?

Cuff is a sarcastic, dry-witted ally who will guide Frey as she journeys down the rabbit hole into a world of magic and desolation. Cuff, or Vambrace as he constantly reminds Frey at every turn, is brought to life by a veteran actor named Jonathan Cake.

The English-born actor and director has appeared in numerous roles since the early 90s. His most notable role was in the 1995 film The First Knight. He has appeared in multiple television programs such as Desperate Housewives, Law & Order: Special Victims Unit and the recent hit Stargirl. He is also no stranger to games, as he voiced Darth Thanaton in the ongoing MMO Star Wars: The Old Republic.

His role in Forspoken as Frey’s literal right-hand man is excellent, as his performance alongside Frey’s voice actor, Ella Balinska, makes for a great pairing of styles and attitudes. Frey gives him the name Cuff, one that he feels is unbecoming of his status, so he consistently reminds her that he prefers to be called Vambrace.

Cuff’s role in Forspoken is a central theme through the 40-plus hours of story, and he goes through many changes alongside Frey in her adventure against the four Tantas spread across the land of Athia.