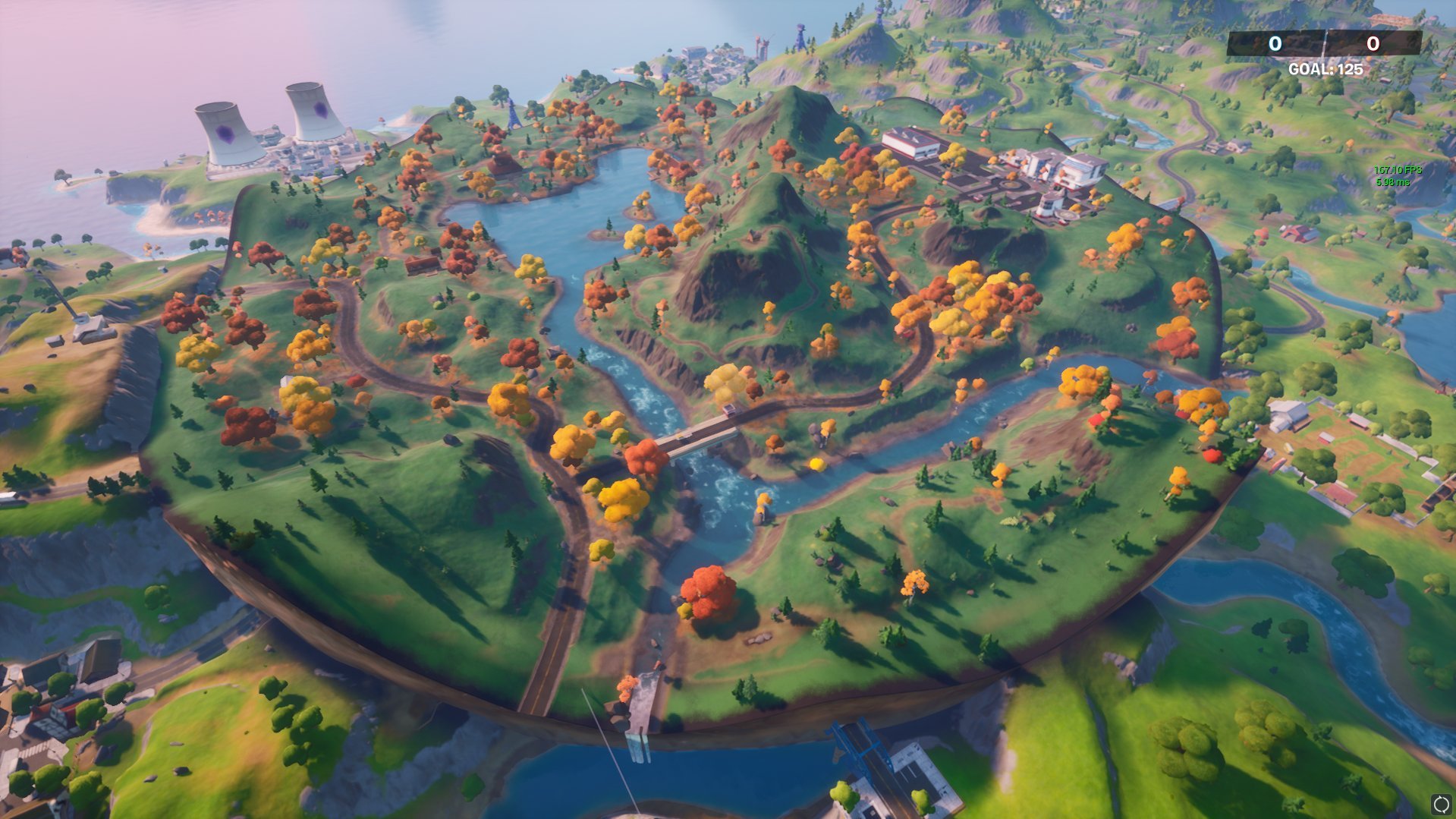 Well, we called it. The 14.10 update has introduced a substantial map change to Fortnite, as Tony Stark has beamed in a massive chunk of earth and dropped it on the northeast corner of the map.

Like the smaller Marvel-related landmarks that have been appeared all over the map, this is a massive circle of earth that contains a lake, rivers, and even a new named location. We won’t know the name until the servers come back up, and we can get into the game, but it sure does look pretty. We have a copy of the new map, thanks to FunGamesLeaks, so you can have a good look at the map change for yourself. As you can see, it’s massive.

We also have some pictures of the new POI in-game, thanks to the hard work of Hypex. It all looks very clean cut and scientific, so hopefully, a new hero is attached to the location, although it could be a Stark Industries building, we guess.

The new game files also indicate that there will be a vault at this new location, and vaults almost always mean a new boss. Could this mean new Mythics as well? We certainly hope so.

New named locations in Fortnite always turn into a murderous bee-hive the first day they appear, but we will be right in the middle of the madness when the servers come back up, bringing you much information about this new location as we can.