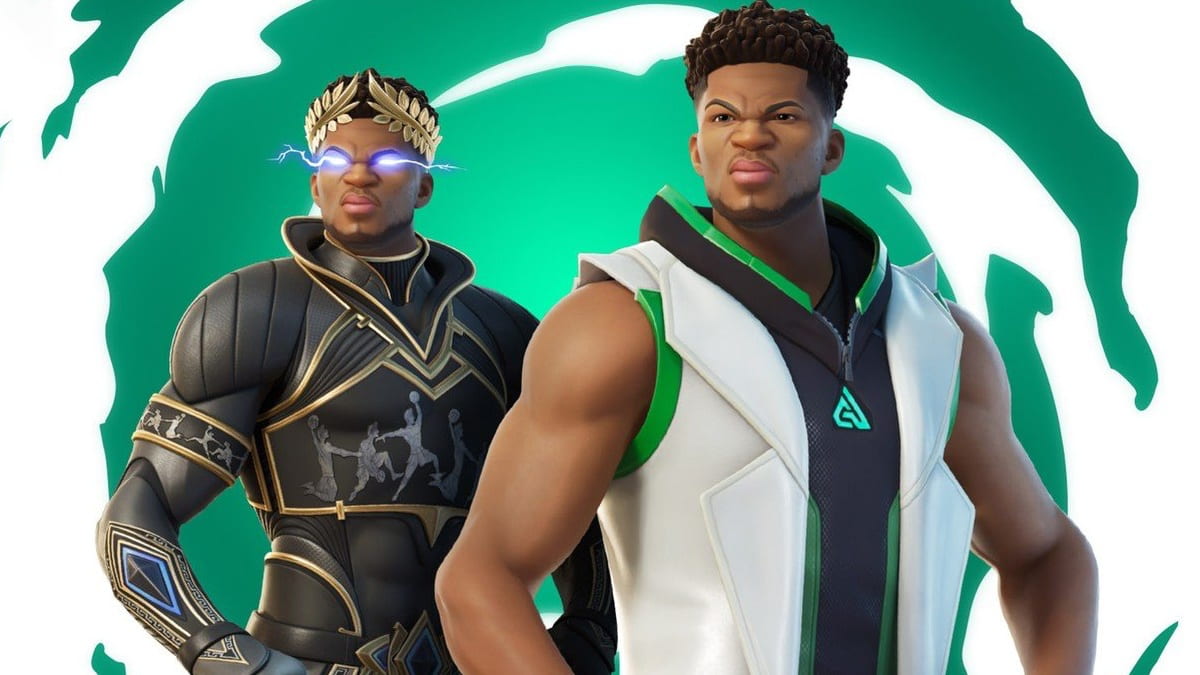 After a brief tease by developer Epic Games weeks ago, former NBA MVP Giannis Antetokounmpo is officially coming to Fortnite. The Milwaukee Bucks star follows in the footsteps of LeBron James as the only other basketball player to earn a skin in the battle royale. Best of all, Antetokounmpo will soon be available in two different variants, each mightily themed after his heritage.

As revealed by Hypebeast, two Icon Series skins for Giannis Antetokounmpo will launch inside Fortnite’s Item Shop on December 24 at 7 PM ET, with their sales expected to last beyond the new year. The first of these skins features the world-class athlete in a sleek vest decked out in Bucks color, though additional styles allow his clothing to switch to Nigerian tribal patterns. Meanwhile, the other outfit imagines Antetokounmpo in Greek-themed black and gold armor while also lending him various Spartan helmets.

Like Icons before him, the skins are being joined in the shop by a wealth of matching accessories. For one, pairs of black wings can be purchased and equipped as Back Blings or Gliders. Antetokounmpo’s Spartan skin will even debut with its own dedicated shield Back Bling and spear Harvesting Tool. Although their prices are not yet known, it is likely the cosmetics will be sold separately and within bundles featuring the outfits.

It is even confirmed Antetokounmpo will bear his very own Creative map. Epic Games has not disclosed what this location holds, but one image points to it being a basketball-themed island made entirely of clouds. The famed ball player is far from the only major pop culture figure to recently join Fortnite’s growing list of characters. Earlier in December, players saw the long-awaited debut of YouTuber MrBeast’s pair of skins as well as the introduction of My Hero Academia‘s All Might and Izuku Midoriya.