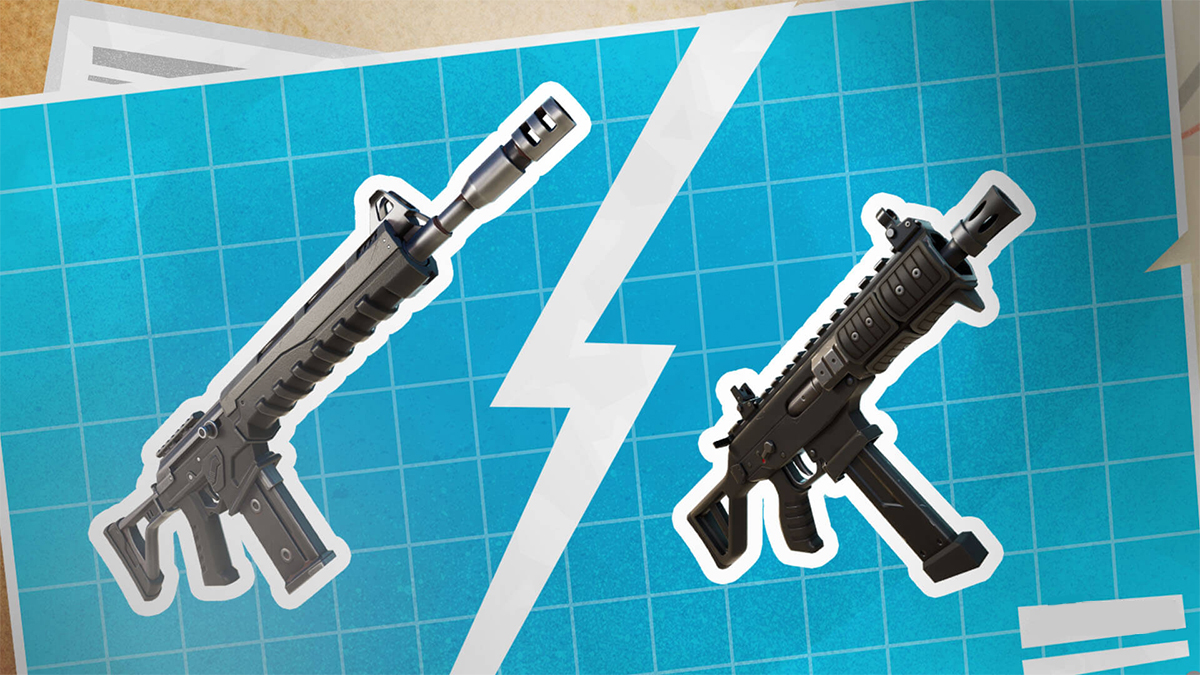 Fortnite Battle Royale’s v18.29 update is live now and it’s giving players the choice between two prominent weapons. It also brings changes to Quests and Imposters mode, along with the usual bug fixes.

The Cube Monsters are back and Epic is giving Fortnite players a choice in how to take them down. Previously, the community voted for Shockwave Launchers over Rift-to-Gos, and now Assault Rifles are up against Combat SMGs. To cast your vote, donate Bars at any Donation Board and make your choice. Whichever weapon is fully funded first will start appearing as loot on the island.

Additionally, Shared Quests will now award much more XP. Refer to the list below for the specific numbers.

The patch also makes changes to Imposters mode, which Epic has finally admitted was inspired by Among Us. You’ll now be able to choose your preference between Agent or Imposter, which will make you more likely to receive that role in a game, though it’s not guaranteed. Voice chat has also been added to the Imposters playlist, and it will be automatically split between those still in the game and those who’ve been voted off.

Finally, a new option to stay with your filled squad for Duos, Trios, and Squads modes has been added. This will roll out to all modes at a later date. You can find the list of bug fixes below and visit the official patch notes page for more information. Here are a few of the highlights: