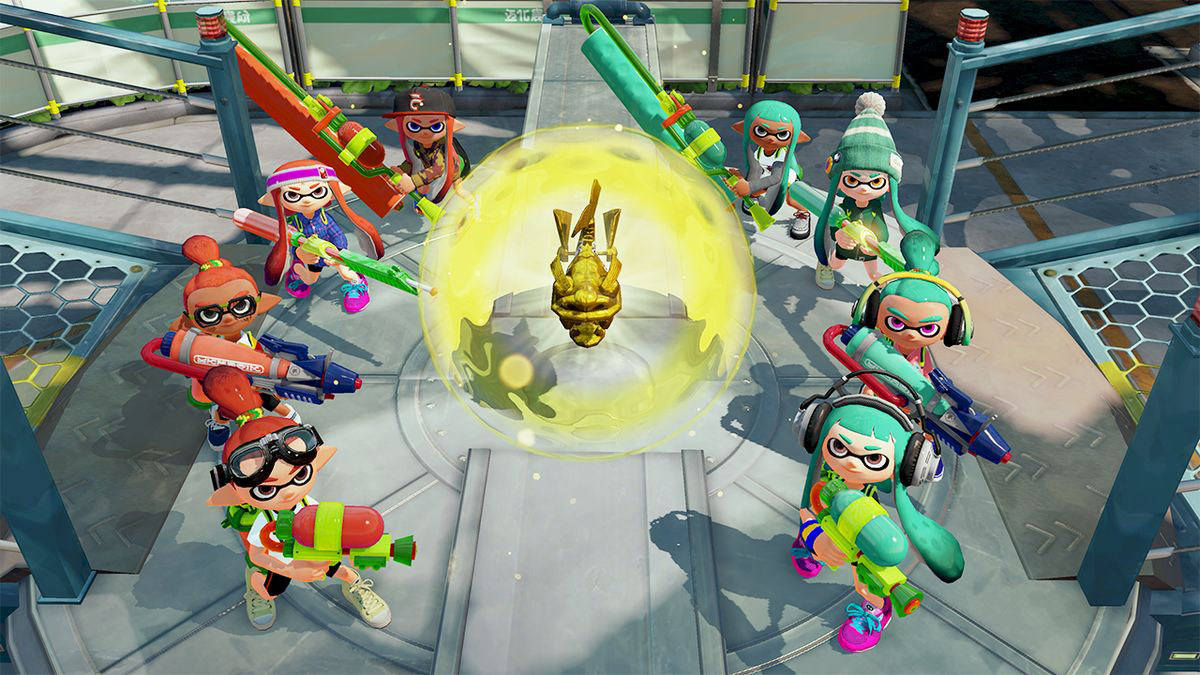 Splatoon 3 introduced Anarchy Battles as a replacement for the previous two games’ ranked matches, but they still work largely the same. At least, they should. The Rainmaker mode has been temporarily removed as an option due to a rather unfortunate glitch.

Splatoon 3’s recent version 1.2.0 update brought some quality-of-life and balance changes to the game, but it also caused big problems in Rainmaker. The game type works like a hybrid of keep-away and capture the flag, as teams carry the titular Rainmaker statue toward the enemy base, earning points as they pass checkpoints along the way. Unfortunately, the glitch was causing the counter to shrink down to a single point upon touching a checkpoint, which of course negates all the hard work players put in by carrying the thing in the first place. As announced by Nintendo on Twitter (and translated by @OatmealDome), Rainmaker has been temporarily disabled as a result of the glitch, but it will be restored via an update “in the near future.”

This isn’t the first time Splatoon 3 players have had to contend with a troublesome glitch. Some broken weapons were allowing players to splat each other through walls and floors, and that is obviously not intended to be the case. Additionally, there was a nasty Tacticooler exploit fixed by update 1.1.2.

Despite glitches and other gripes, Splatoon 3 continues to be a smash hit. In September, 69% of all physical game sales in Japan were Splatoon 3 — a figure that’s as astounding as it is internet joke-worthy. Anyone playing the game can also look forward to a new trio of Amiibo figures coming next month. A Blue Octoling, a Yellow Inkling, and a Small Fry will release on November 11.

That same day is also the kickoff of Splatoon 3’s next Splatfest. The next three-way color war will be a Pokémon Scarlet and Violet tie-in, asking players to side with their favorite starter type: green Grass, red Fire, or blue Water.