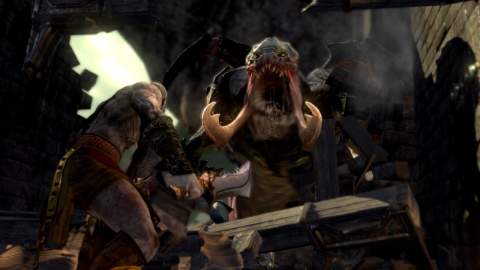 One of the unique features we’ll be meeting as soon as we put our hands on God of War is the single shot style, meaning that throughout the game there’s no loading screen or camera cut for a more realistic feeling.

You can see that in action in the latest dev diary released by Santa Monica Studio, but on top of that, there are few statements from creative director Cory Barlog that are quite impressive if you consider how good the game looks now.

Barlog’s previous experience was at Crystal Dynamics, where he spent several months working on the Tomb Raider reboot (that was in 2013). In an interview with Daily Star, he said he had proposed the same style for the first young Lara journey, but that the studio refused it.

“I wanted to do this [the one-shot camera technique] and I had pitched it to Crystal Dynamics when I was there working on Tomb Raider and everyone was like, ‘that’s crazy, we don’t want to do that’,” he commented at a recent preview event in London.

“And, my reaction was like, ‘yeah, you know, I don’t know if this is the best place for me anyway’. I was already starting to talk to people about new roles at Sony and then I think I realized this [God of War] is the one I can do it on.”

He then praised Sony for the amount of support he received, which is a lot if you consider how big this change is actually going to be for the style of the franchise (although Barlog was already a creative director on God of War II).

“I guess, for me, there was just a lot more creative support and faith with Sony. Like they’d say, you’ve got a crazy idea, we’re going to support you, regardless of how much of a leap off of a cliff it is.”

God of War is releasing on April 20 for PS4. The game will run at 4K Dynamic Checkerboarded Resolution on PS4 Pro, singleplayer campaign is set to be 25-30 hours long and there will be a total of 4 Difficulty Settings available for the players.