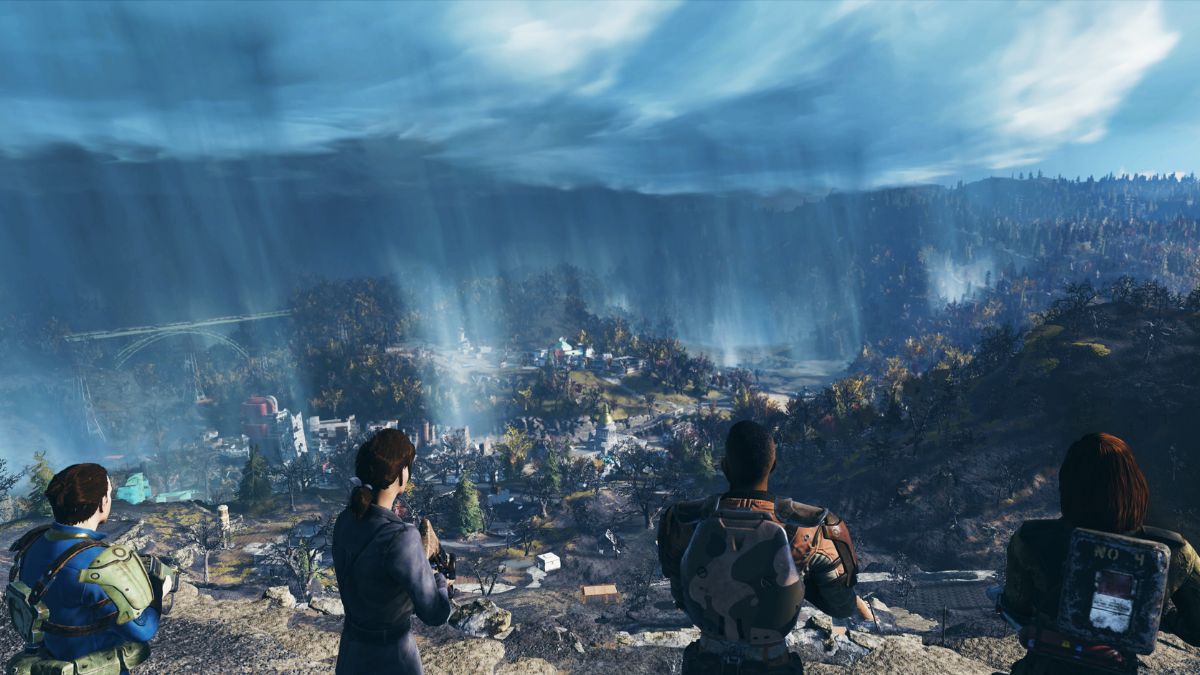 Fallout 76 is one of the few games that has almost a “rags to riches” type story. Fans marveled at the thought of a multiplayer Fallout title when it was announced around five years ago, but the release detonated like a nuclear bomb on the community, and Fallout 76 became a true wasteland. Servers lacked players, numerous bugs made the game difficult to play, and there was even a data breach. If that wasn’t bad enough, claims of false advertising were filed against Bethesda due to the lackluster Power Armor edition of the game. It also didn’t help that Bethesda stayed largely quiet for months following this event.

Fast forward to a little over four years into the future, the 2023 version of Fallout 76 is a utopia filled with a community of players enjoying their time exploring the rolling hills of West Virginia. A series of significant updates helped the game’s story, upgraded player quality of life through additional storage upgrades, and changes like level matching altered how the game functions. Like No Man’s Sky before it, Fallout 76 can attribute this success to fan feedback and tenacious developers.

One Wasteland for All

One of the biggest issues that plagued the launch of Fallout 76 was the inability of players to explore how they wanted. If you explored too quickly, you would soon be outleveled by every creature in the area before being pummeled by Feral Ghouls or turned into swiss cheese by Galting gun-wielding Super Mutants. Updates like One Wasteland helped shape Appalachia into what it is today.

One Wasteland update changed the game and made enemies scale in difficulty based on each player’s individual level. Now a level 10 player will encounter enemies scaled to their level, the same for a player who is level 100. Teams also got a significant overhaul with these updates, which made them more accessible for players. Those who wish to join a team can now create a public one for people to join, granting benefits to each member. You can still have private parties if you so wish and gain the same bonuses, but this has made the wasteland a more friendly area for all who explore its diverse biomes.

Quality of life has changed for the better

Bethesda games are notoriously filled with glitches and bugs, which is ironically part of what has made the studio’s games so prolific over the years. What largely made the launch of Fallout 76 so dire was the multitude of glitches and bugs that made the game unplayable. Unstable servers would cause players to get logged out consistently. Those who managed to stay connected were welcomed by fluctuating framerates, poor PVP balancing issues, and a myriad of glitches.

Related: Like a cockroach, Fallout 76 is still alive and well, according to official stats

Developer Bethesda spent countless hours ironing out the Fallout 76 bugs and issues that troubled players at launch, and the world of Appalachia is now fairly glitch-free. Quality of life changes have made setting up and decorating your CAMP a breeze, more storage space allows you to hold tons of crafting components, and items like Carry Weight Boosters make traversing the landscape easier.

There is no denying that Fallout 76 lacked a story when it originally launched back in 2018, and the story that was there left little to the imagination. Running through the story would maybe take about six hours. After that, you were left to explore the wasteland. While Appalachia was filled with areas to visit, many players quickly got bored with the little content packed into the base game. Sure, event missions were fun, but stopping a group of critters from breaking pipes around a teapot-shaped building gets old after a while.

Throughout the four years that Fallout 76 has been active, the game has received multiple content updates that introduced new stories and locations and changed the original campaign. Updates like Wastelanders and Steel Dawn brought in factions like the raiders and settlers, introduced the Brotherhood of Steel, and added new areas to explore. These updates also brought in new stories with actual NPCs. The wasteland was no longer a place devoid of human interaction where you would speak to the occasional Mr. Handy that crossed your path. You could now interact with people, choose between dialogue options, and recruit allies like in previous Fallout games. These factions are still functioning and grant you additional rewards the more you help out their people.

A wasteland to be proud of

Though it started as a mess, Fallout 76 has truly risen from the ashes like a Radroach walking off the nuclear radiation. Playing the game in 2023, after years of hardships and updates, is different from the original design. You can now enjoy the sites with friends and strangers alike, talk to NPCs, and complete not one but three different campaigns. It may have taken its time to reach this stage, but Fallout 76 is now good enough game in the series to rival those of the past.