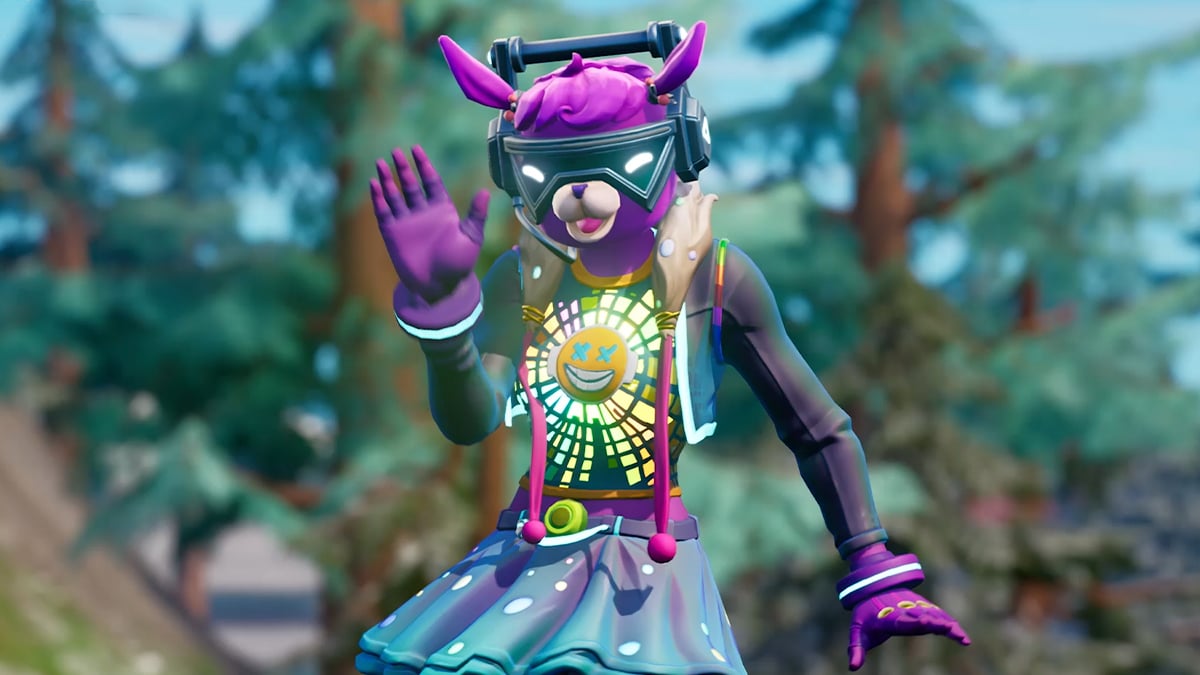 Fortnite players can always expect the game’s Item Shop to present new and old Emotes on a daily basis. These can range from superpower moves made famous by Marvel and DC characters, or even as dances featured in popular music videos. However, with over 600 Emotes released in the battle royale, some tend to get lost amongst the rest. So much so, that they have not been made available in years. In case they happen to return, here are the 10 rarest Emotes in Fortnite you should be on the lookout for.

The 10 rarest emotes in Fortnite

We must start off this list by recognizing the shocking disappearance of the Breezy Emote. The Uncommon-rarity move took inspiration from used car lot’s inflatable balloon dancers, as it waves each body part in every direction imaginable. It first came to Fortnite in early 2019 within the Hot Air cosmetic set and was individually priced at a light 200 V-Bucks. Despite the rest of Hot Air’s items becoming quite common, Breezy only managed to be up for grabs one other time in October 2019.

The Fresh dance has certainly caused Fortnite more harm than good and that is what now makes it so rare. The shimmying Emote gained worldwide attention in late 2018 when its original creator filed a lawsuit against developer Epic Games for its unauthorized use, as it was first made famous in TV show The Fresh Prince of Bel-Air. Although the lawsuit was eventually dismissed, Fresh has not been in the Item Shop since the legal drama first began. It’s obvious the game wants to distance itself from even more trouble, but a possible return down the road should not be ruled out.

Hot Marat was also first featured outside of Fortnite, though its rarity is not due to controversy. Instead, the cosmetic was part of a short-lived collaboration between the battle royale and the Disney film Ralph Breaks the Internet in November 2018. The move was also pretty great too, with it letting skins shake their hips and rock their shoulders side to side. There is a chance the Emote returns if another Wreck-It Ralph sequel hits theaters, but it does not seem this will happen anytime in the near future.

In celebration of the 2019 Fortnite World Cup, the battle royale introduced the Kiss the Cup Emote to the Item Shop that summer. Aside from the smooch, the animation even let Emote owners raise the cup while fireworks and confetti exploded in the background. The sweetest part of it all was that Kiss the Cup was listed as an Uncommon rarity cosmetic, so players could nab it for a surprisingly cheap 200 V-Bucks. Unfortunately, it was a once-in-a-lifetime opportunity as it has not been available since its debut.

An Emote bound to cause motion sickness just by watching it, Rambunctious is a dance loop consisting of hip sways and arm wiggles at an impressively rapid pace. The move is perfect for celebrating a hard-fought victory, but you likely will not see it for yourself. Rambunctious is considered to be the rarest Emote in Fortnite currently, being that it was last seen in November 2018. Oddly enough, it is an Item Shop cosmetic, so Epic Games may have just decided to retire the move altogether.

Related: Every Emote and dance in Fortnite – Full Emoticon list

Tidy is an Emote that has players lean back while they spin an imaginary driving wheel. As simplistic as the move is, your chance of purchasing it is extremely slim. The cosmetic has mysteriously been absent for well over 1,300 days, as it was last included in a daily rotation in December 2018. If it somehow finds its way back, those patiently waiting for Tidy should prepare to drop 500 V-Bucks.

Battle Pass Emotes are the rarest of them all, considering they are guaranteed to never come to the Item Shop. As obvious as this may be, it is worth noting one of the first Emotes to ever debut inside a Battle Pass. This Rare cosmetic is the one and only The Worm, a move that allows players to flop on the ground endlessly. The Worm was introduced in the Chapter 1 Season 2 Battle Pass, meaning only tried and true Fortnite fans have it in their inventory.

There were not too many memorable Emotes in Fortnite back in 2018, though Rawr was one of the select few. The dance was more of an imitation of a T-Rex, empowering skins to lean forward with bent arms and release a thunderous roar. The cosmetic was featured in the Dino Guard set which includes relatively common skins like Rex and Tricera Ops. It is not understood why Rawr hasn’t been present in almost four years, so it could very well be extinct by now.

If Rawr is modeled after a dinosaur, then Vivacious must be inspired by someone who has had one too many coffees. This exhaustive dance is a collection of spins, tilts, and flails which makes it a perfect way to dodge incoming gunfire. That said, this may be the reason why Vivacious has not been in a daily rotation since November 2019. Those lucky enough to own the Epic-rarity cosmetic certainly got it for a steal as it required a measly 800 V-Bucks.

Debatably the best Marvel Series Emote, Widow’s Pirouette could be equipped for skins to perform a long series of leg kicks and dodges. However, it is also shrouded in one big mystery. After debuting in April 2019 to celebrate the release of Avengers: Endgame, the move was only available for purchase in the shop for one week. The same goes for its dedicated Black Widow outfit as the superhero is considered to be one of the rarest skins ever.