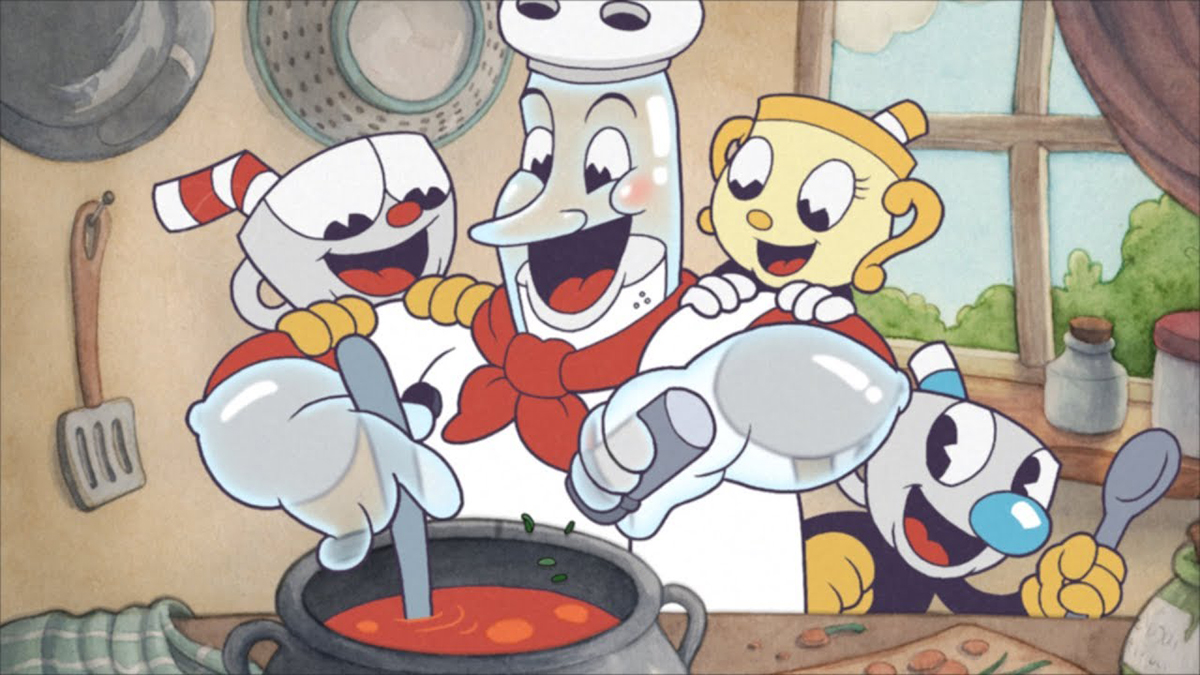 Cuphead’s DLC brings new bosses and weapons to the game, but there’s also a batch of coins to find in The Delicious Last Course. There are 16 in total, and a good chunk of them can be acquired with low effort. Read on to learn how you can score the whole lot.

The first coin is inside the Miss Chalice tutorial, which you’ll definitely want to try since she’s now a playable character. Once you’ve unlocked Miss Chalice, equip the Astral Cookie charm and examine this cart across from Chef Saltbaker’s bakery to start the tutorial. Simply double jump from the upper platform to the top right corner of the screen to snag the first coin.

Moving from the cart, you can get three more coins just by talking this NPC standing by the bridge. The paperboy will give you three coins as a nice welcoming gift for reaching Inkwell Island IV.

Now cross the bridge and take note of the gap between Porkrind’s Emporium and the winners’ stands. Step between there, and you can actually walk through the trees along a secret path that leads to the island’s graveyard. You’ll collect another coin along the path; it’s hidden from view, but you’ll hear the chime when you pick it up. You can also take the time to solve the graveyard puzzle and fight the secret boss at this point.

The remainder of the DLC’s 16 coins come from completing all the King’s Leap challenges. The King of Games will reward you two coins for beating the Pawn, Knight, Bishop, and Rook champions, and he’ll give you another three once you take down The Queen.