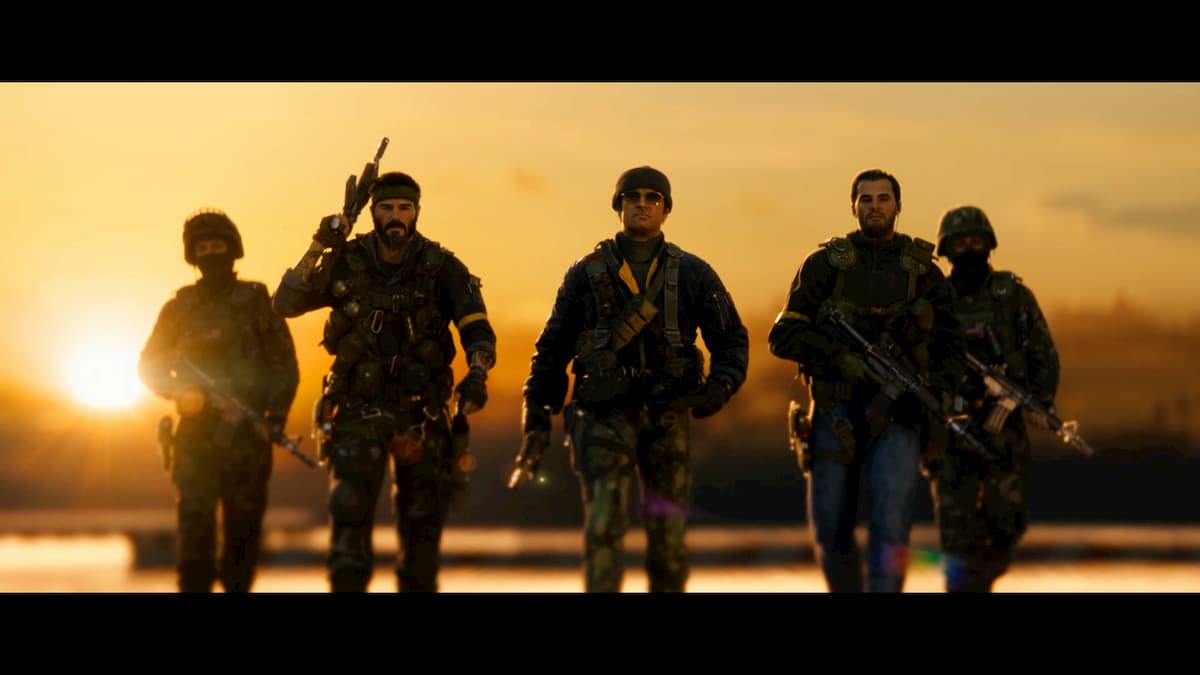 Your player character of Bell learns a deeply seeded secret at the end of Call of Duty: Black Ops Cold War. It turns out that your past memories of exploits and Vietnam War flashbacks with Adler and company were fabricated, and you are actually a brainwashed former crony of Perseus. In the campaign mission Identity Crisis, Bell is aware of the location of Perseus as a result of the mind trip you went through in Break on Through. How you use this information will determine which of two possible final missions you embark on.

If you tell Adler the truth about Perseus and the base for his Operation Greenlight being in Solovetsky, you’ll play through a final mission appropriately called The Final Countdown. It is an explosive sequence that requires you to destroy guard towers and trucks, with the main objective being to destroy three anti-aircraft guns. After this, Hudson will call in an airstrike and put Operation Greenlight to an end. Perseus will escape, but at least he won’t nuke all of Europe anymore.

Later, Adler will congratulate and praise you, but as Bell is technically a loose end, you’ll end in a sudden and tense stand-off as Bell and Adler point their guns at each other, with the outcome unknown.

Alternatively, you can lie to Adler in Identity Crisis, making the false claim that Perseus is in Duga. He’ll trust you and you’ll be in his good graces again. After being released, you can go through the gate in your safehouse and radio Perseus about Adler’s impending presence in Duga. After that, you’ll be treated to short but dark mission called Ashes to Ashes.

The team of Adler, Park, Woods, and Mason have found nothing in Duga, and they figure out that you’ve lied to them. You can stand on your soapbox and justify your actions by speaking about America’s nuclear arsenal, or you can select a [Signal Ambush] dialogue option to have Soviet agents attack your former allies. You’ll personally kill Park, Woods, and Mason yourself, before having a final and fatal confrontation with Adler. Perseus will personally thank you, and you’ll get to activate the nukes yourself. You’ll be left with a montage of President Reagan reacting to the destruction of major European cities, and all traces of the Black Ops team’s mission will be struck from the record.

If you lie to Adler but either run out of time before the exfil or deliberately not tell Perseus your plan, then Ashes to Ashes will begin like before. The only difference here is that you won’t have any back up with you as Adler and crew figure out your deception. You can lecture to Adler all you want, but he’ll execute you on the spot eventually.

Perseus will activate the nukes himself off-screen, and the ending will continue as the other “bad ending” did.

You’ll hear a briefing by either Hudson or Perseus, depending on if you get The Final Countdown or Ashes to Ashes endings, respectively. These briefings will sum up some character fates depending on some decisions you made through the campaign, or how your side missions ended up.