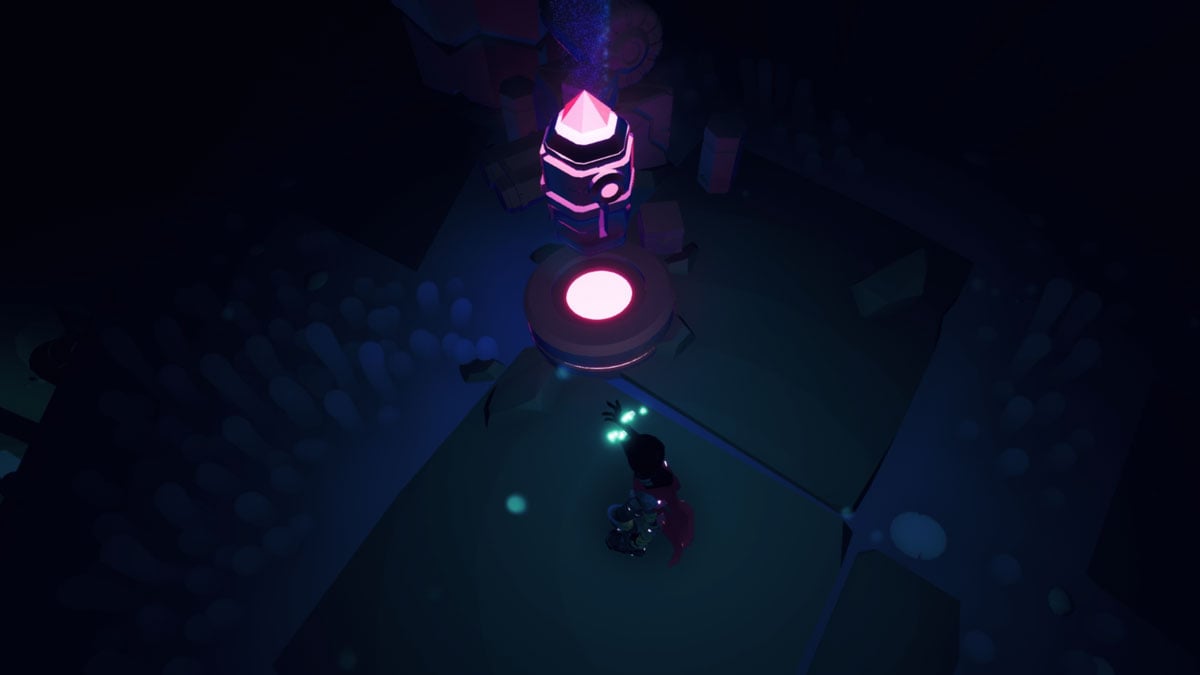 Ironroot Basin may be the forest area of Solar Ash, but Eternal Garden has some growth of its own. This biome is marked by mushrooms and dark caves, and among the fungus is another set of Voidrunner caches. Find these to unlock Voidrunner logs and collect suit parts — five of them together will win you a whole new suit. Here’s where to find them all.

From Cyd, turn around and face back toward the giant skeleton. See the towering cloud on the left? There’s a locked door at the top of it. Smack the yellow mushroom nearby and quickly sprint to the top of the cloud to unlock the yellow spore door up there. The cache can then be accessed.

Facing the cathedral, look to the right to see a beacon shining atop a giant bone. Head toward it to find black goop you can climb to a ledge, and more goop will then take you to the top of the bone. Just watch out for the bird enemies patrolling the area.

This is found in the underground cave, in the same chamber as the rail back to the surface. Use the ledge on the right side of the room to reach the platform on the left side that holds the cache.

Start heading toward the cathedral doors, but hang left near Cyd instead. Over here are some stepping stones in a thorny pit. Scale them, grapple to the ledge, and follow the path around to find another cache.

The final cache can be reached from the platform that holds the rail to the Withered Eye boss fight. Face the rail and look left — jump to the bone there. Follow the bones and grapple points to reach a rooftop with the cache.

Collecting all the parts in Eternal Garden unlocks Pyat’s Suit, which restores a shield pip every time you beat an enemy. It’s very handy for combat, although you’ll still want to know how to upgrade your health in general.