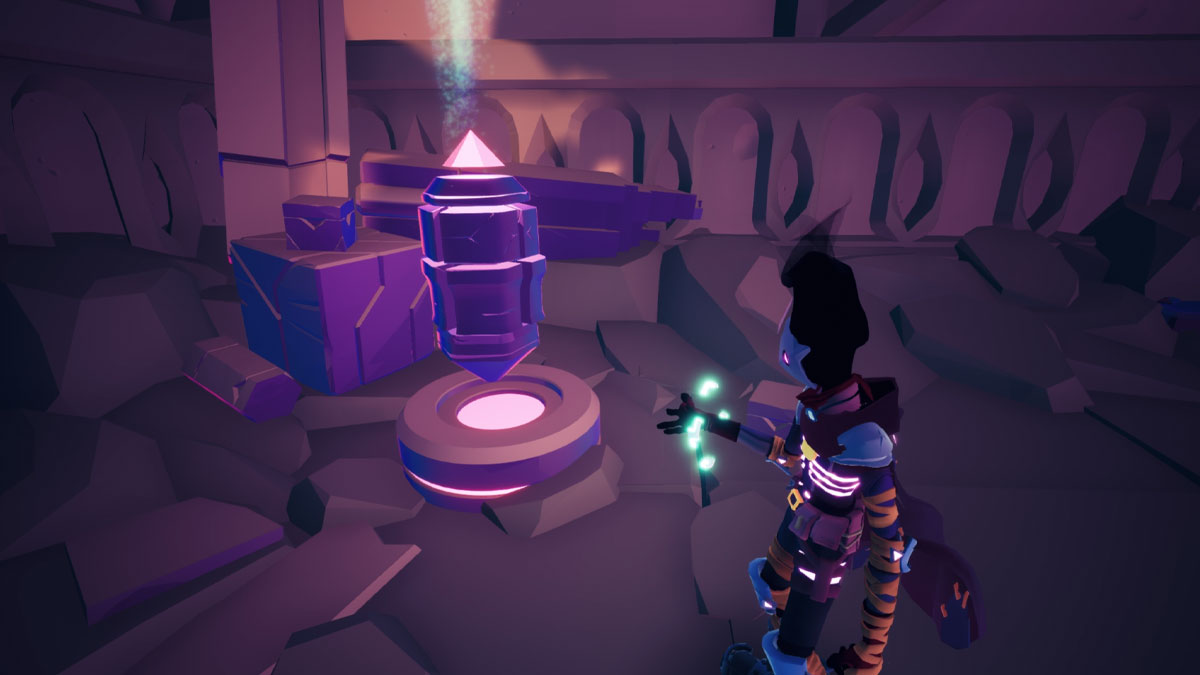 The Luminous Peak is Solar Ash’s volcanic area, and the game’s precise platforming is extra important here — you don’t want to fall into that lava. If you’re careful, you can find all the Voidrunner caches among the smokestacks and magma flows. Opening all six gets you not just Voidrunner logs, but enough parts to build a new suit. Here’s where to find them.

The first cache is found right when you enter the main area, where the game pauses for a cutscene that shows the Remnant. There’s a Voidrunner symbol on the rock to your left. Head around the path, climb to the cliffs, and you’ll eventually be able to jump to the roof above the checkpoint, where the cache awaits.

You’ll see this when you go through the lava cave, but you can’t reach it just yet. Continue up and around this particular island till you see the Voidrunner symbol on a cliff wall. You can drop down to reach the cache via some platforms below. Don’t worry, a spore-activated rail will get you back up.

On your way to the second of the lava moons, you’ll cross some stepping stones. This cache is impossible to miss as you do, but it’s not safe to open it just yet, due to some alien vents around it. Quickly skate your way across the nearby platforms to hit the weak point and kill the vents, then return to safely open the cache.

This one’s easy to spot too — you’ll see it when you reach the graveyard on the second lava moon. The area is full of sniping enemies, so you’ll need to take them out before you can actually open it, though.

The last cache is found around the rock structure where you clear the smokestack anomaly surrounded by bird enemies. It’s on the roof of the ruins here, and you can reach it by hitting the smokestack rail by the checkpoint. Ride it and jump back to claim your prize. Alternatively, you can jump your way up the mushrooms to reach it.

For your efforts, you’ll be rewarded with Tufte’s Suit. This will ping Voidrunner caches when you scan, although if you’ve been following our guides, then you already have all of them in the Crater, the Broken Capital, Ironroot Basin, Eternal Garden, and the Mirrorsea. Even so, good job!