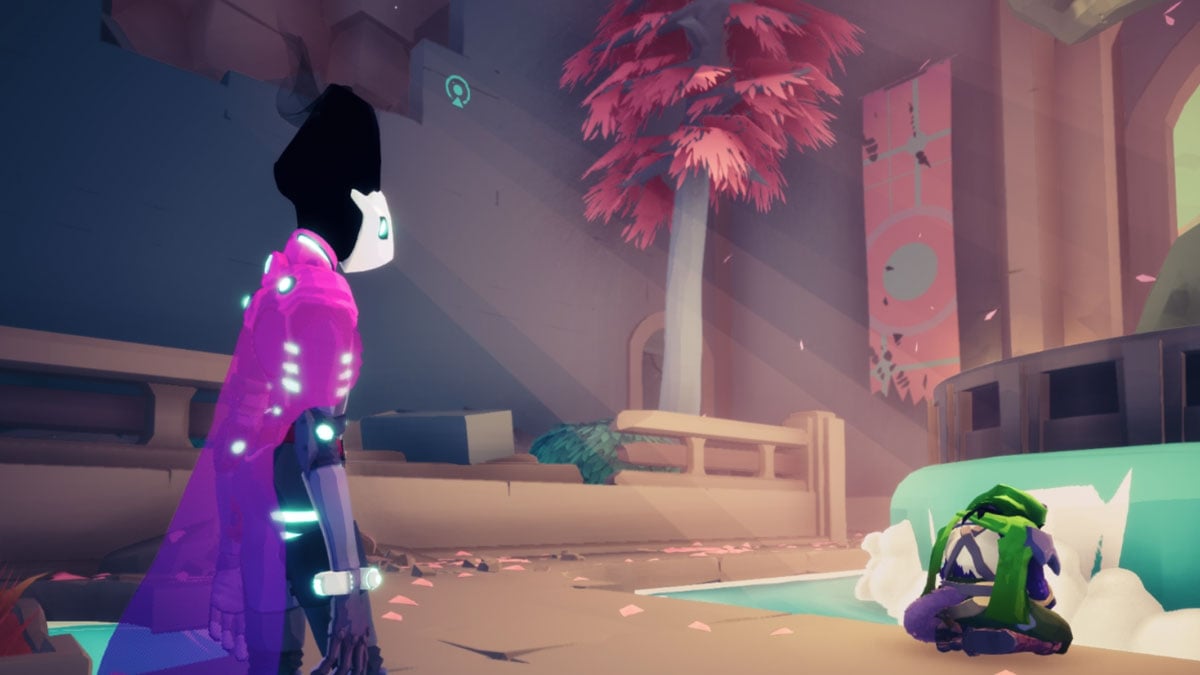 Solar Ash doesn’t just have Voidrunner caches to collect. There’s also a trio of side quests, one of which focuses on Lyris, the aggrieved stranger you meet upon entering the Broken Capital. She’s lost someone dear to her, and she’ll travel around the planet looking for him. Our side quest involves visiting her at every landmark along the way. Here’s where to find her each time.

Lyris mentions a few locations when you meet her, like the apartments, the clock tower, and Ironroot Basin. We’ll head to the apartments first. Look for a building in the Broken Capital with purple pipes running out from its side. There are a few like this, but only one with an opening leading to a ruined apartment. You’ll find Lyris inside.

Lyris can be found again when you clear the anomaly from the top of clock tower in the Broken Capital. Drop inside the tower itself once the goop is cleared to find her by a radio.

You won’t see Lyris again until you open Ironroot basin. Look for the massive Harvester sitting defunct atop a cliff. Head up the clouds and enter the cave here to find her inside.

Once you visit Lyris at all the previous places, she’ll move to the forest altar — that’s the building in Ironroot Basin that you open by pressing three switches in the area. Around the back of the tree inside the building is another door leading down to a grave. Speak to Lyris there to finish the quest.

There’s no immediate prize for helping Lyris, but it’s necessary for unlocking the game’s 100% completion reward. Trust us, it’s worth it.