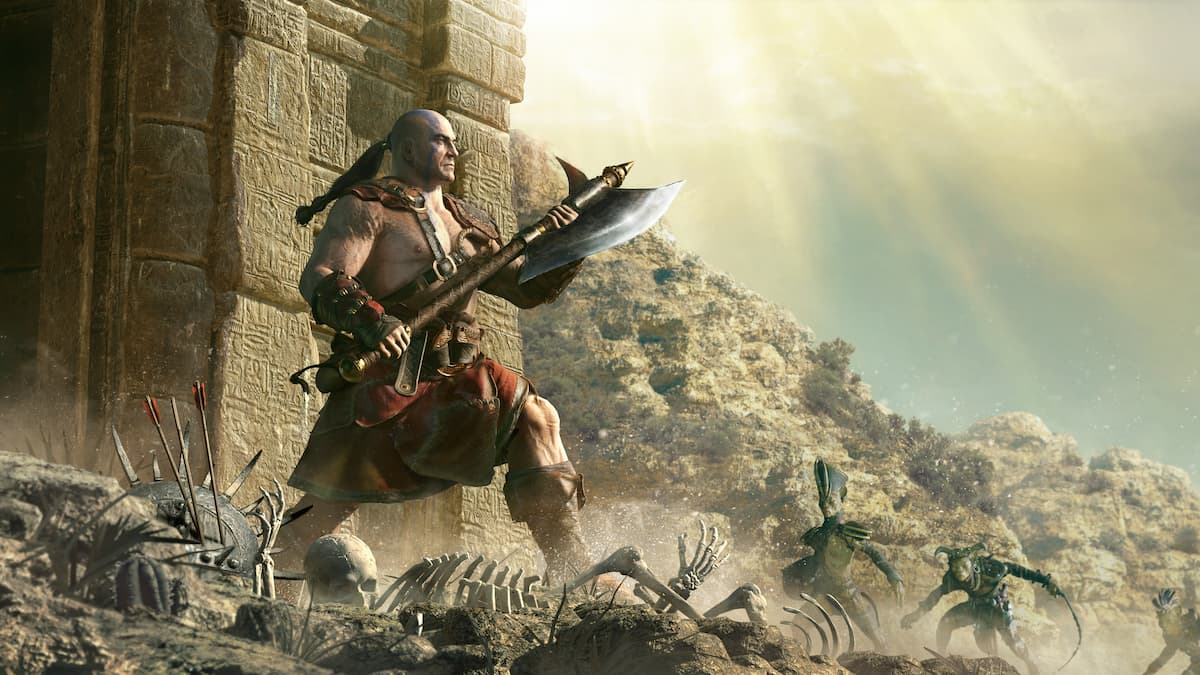 Barbarians are the physical powerhouses of the Diablo franchise, and in Diablo 2: Resurrected, the situation is no different. No matter what you build on a Barbarian, they hit like a truck. Given all his many skills and traits though, what build is the best?

Unlike some other characters with clear best builds, most Barbarian builds are fairly equally matched. However, the most iconic and popular is the Whirlwind Barb build. Its fun style and entertaining in-game animations help put it just ahead.

The main point is “spin to win” when it comes to the Whirlwind build. You focus on the Whirlwind ability and then use different character and weapon buffs to make the damage and endurance of your Barbarian astronomical. Eventually, he should spin like a Beyblade and cut through entire crowds of monsters, while still easily surviving the clash.

Loot is quintessential to Diablo games and these are the best options for Barbarians in Resurrected. You’ll likely note this list has a lot of similarities with the Dragon Talon Kicksin Assassin build, which is because both builds rely on close-quarters fighting and life-stealing.