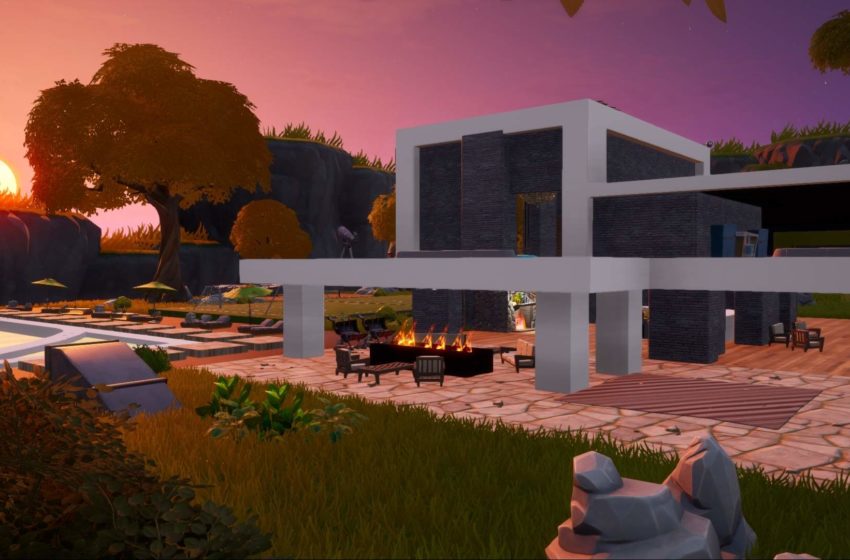 Prop Hunt has come to be a major success in Fortnite, for players and streamers, alike. The hide-and-seek inspired mode allows players to create maps all of their own. Some of the maps are odes to commercially successful enterprises, and others are original makings that we cannot get enough of. Thankfully, Epic Games has allowed players to share their maps publicly via a generated code entry. So, with the mode celebrating the first anniversary since its arrival, we want to set the record straight and share the codes that we believe contain the best-created maps in the mode.

This Pixar-inspired map, created by trizbear, offers many items for players to blend into. Obviously, it is quite frightening when realizing that one of the hundreds of toys could be another player, but that is why this Toy Story Prop Hunt map is one of the best. From Mr. Potato Head to Rex the Dinosaur, the map details many of the characters from the movie series. So, Disney enthusiasts should definitely give this code a shot.

Squeezeman1970 deserves a round of applause for this behemoth, as players can undergo a game of Prop Hunt on a full-sized, incredibly detailed yacht. As you can see above, players will be able to hide within the yacht and survey its’ top deck. The best maps for this mode tend to be spacious, with a handful of object choices and rooms. In sum, “Yacht Club” is one heck of a map to play on, as it goes well with the game’s current water theme.

It was bound to happen. From Counter-Strike to now Fortnite, “Nuketown” is invading yet another IP. If this looks unfamiliar, the famously recreated map originally appeared in each of the Call of Duty: Black Ops entries and is loved for its tight corridors and short length. With this creation of SKTTLZ’s, players can now play quick, but intense games of Prop Hunt, as there are not too many items to hide in. So, choose carefully.

Mara Blind is becoming one of the few creators in Fortnite who is widely known. You can check out their YouTube channel to see every well-detailed map they’ve made from the video above. However, their Home Alone map is an adrenaline rush like no other, when aspiring to be like Kevin McCallister in Prop Hunt. To lend players more space to move and hid, aside from the memorable home, they have also added a Christmas-themed driveway with loads of objects to camp in.

Another Mara Blind creation, The Simpsons-inspired copycat of the Krusty Burger, is as close as we will get to a new Simpsons game, and that is completely fine. The map consists of an entire neighborhood that is full of references from the show. More importantly, it is wide enough for new players to stealthy prance around the map without being caught by the seeker.

“Halloween Story” really is a love letter to the game’s Creative Mode. User LegendaryQi has constructed what we believe is the best horror-themed world. The map is as large as any map you will see in the game, as there’s a dark foggy forest, an ominous graveyard, and a demonic log cabin. Undoubtedly, it’ll ramp up the anxiety Prop Hunt already delivers and is the perfect map to be a seeker in. Expect this map to gain heavy traction when Halloween comes around.

Although millions are devastated that they cannot head to water parks this summer, eatyoushay’s “Water Park” map makes for a flawless substitution. The map is steadily rising through the ranks, as YouTubers are partaking in some of its ridiculous features. It contains two massive pools, several slides to camp in, showering facilities, and dozens of beach chairs to blend in. In short, the creation is a headache for seekers attempting to find everyone in a hurry.

Regirom’s “Modern Mall” is one of those “don’t knock it till you try it” creations. The mall is a two-floor giant with more than ten varying storefronts to camouflage yourself in. Chances are, “Modern Mall” has the most items out of any in the list for users to hide in. This is mostly due to its amount of rubber ducks placed around the building – something there is likely hundreds of. Because of this design choice, seekers will have a tough time figuring out which one you are hiding in.

Zacknaboot’s “Western World” has likely been played by thousands by now, as it has been a hit since the mode launched. The Wild West take on Fortnite is a massive one, with a handful of saloons and bridges to explore. However, the map has a very light number on objects, so those hiding will have a tough time succeeding. Either way, there aren’t enough western-style maps that are as detailed as Zacknaboot’s, as its replayability is very promising.

Tilted Towers was always thought to be the greatest map ever created in Fortnite. Then, there was Fatal Creation’s “Blissful Bunny.” The creation seems to be designed in the vein of a Dr. Suess book and Alice in Wonderland, which aesthetically can creep out both the hider and the seeker. In the center of the map, there lies a gigantic, off-putting statue of a smiling Easter bunny, with small homes circling it. Doused around the map are hundreds of literal Easter eggs that players can take control of, causing seekers to lose their minds when hunting you. Even if you haven’t picked up Fortnite in awhile and have only a small interest in Prop Hunt, you must use this map’s code and explore this colorful landscape.