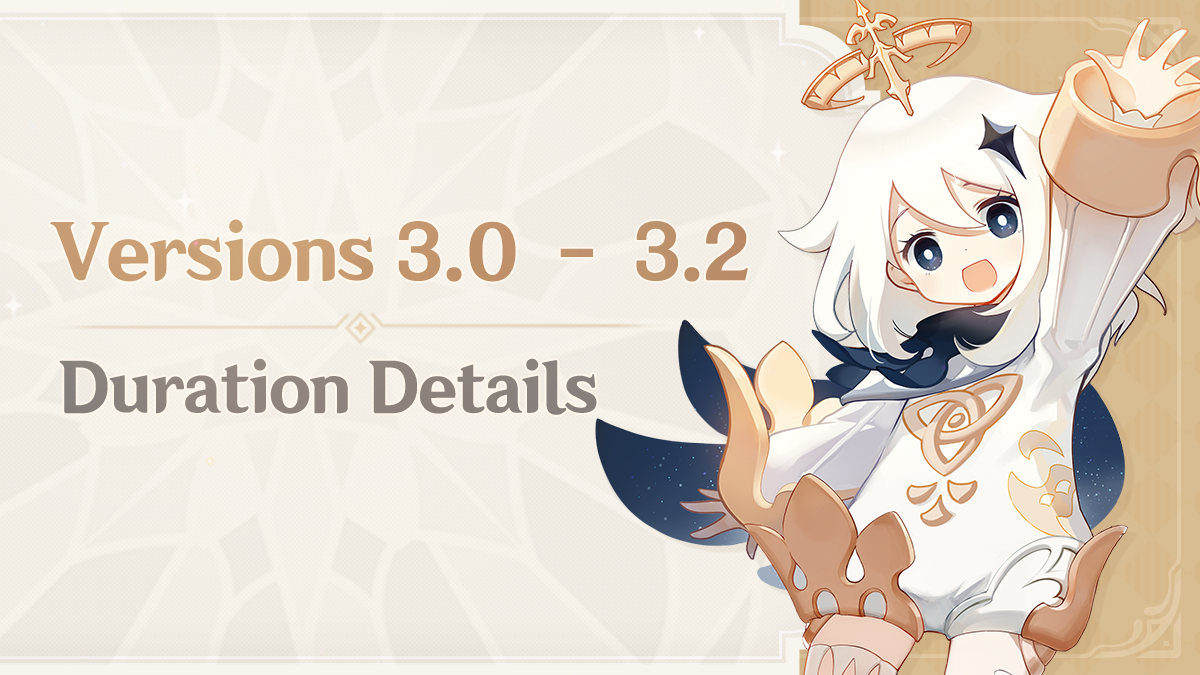 Genshin Impact’s major 3.0 update was given a full schedule during their Version 3.0 special program event. Genshin Impact has been teasing this new update for quite some time, as it adds a new element, region, and new characters to obtain. HoYoverse also released further details on the Battle Pass and future updates. This guide will explain the Genhin Impact 3.0 update schedule.

Genshin Impact updates will usually last for several weeks. When update 2.7 was delayed, it changed the schedule for all future updates. HoYoverse has altered the updates coming with 3.0 and beyond to compensate for update 2.7’s late arrival.

In addition to the update schedule, Archon Quest Chapter 3 is set to begin when update 3.0 launches. It includes two different acts. Act 1 “Through Mists of Smoke and Forests Dark,” and Act 2 “The Morn a Thousand Roses Brings.”

The Battle pass for versions 3.0 – 3.2 will only require 900 experience points to gain a level, down from the usual 1,000. This is due to the shortened update version length. The tentative update schedule is listed below.

Each update runs for approximately five weeks, a bit shorter than the regular cadence of update times. This will mean each banner character is available for less time as well.

Version 3.0 is expected to launch with a massive amount of new content and features. A new region called Sumeru will be added to the world map. It’s a large, lush forest with new mechanics, enemies, and secrets to track down.

Dendro will be formally introduced as a new element in this region and update, and Dendro-specific characters will be up for grabs. The Dendro element will also be used to explore this new environment and interact with other elements to cause new elemental reactions.