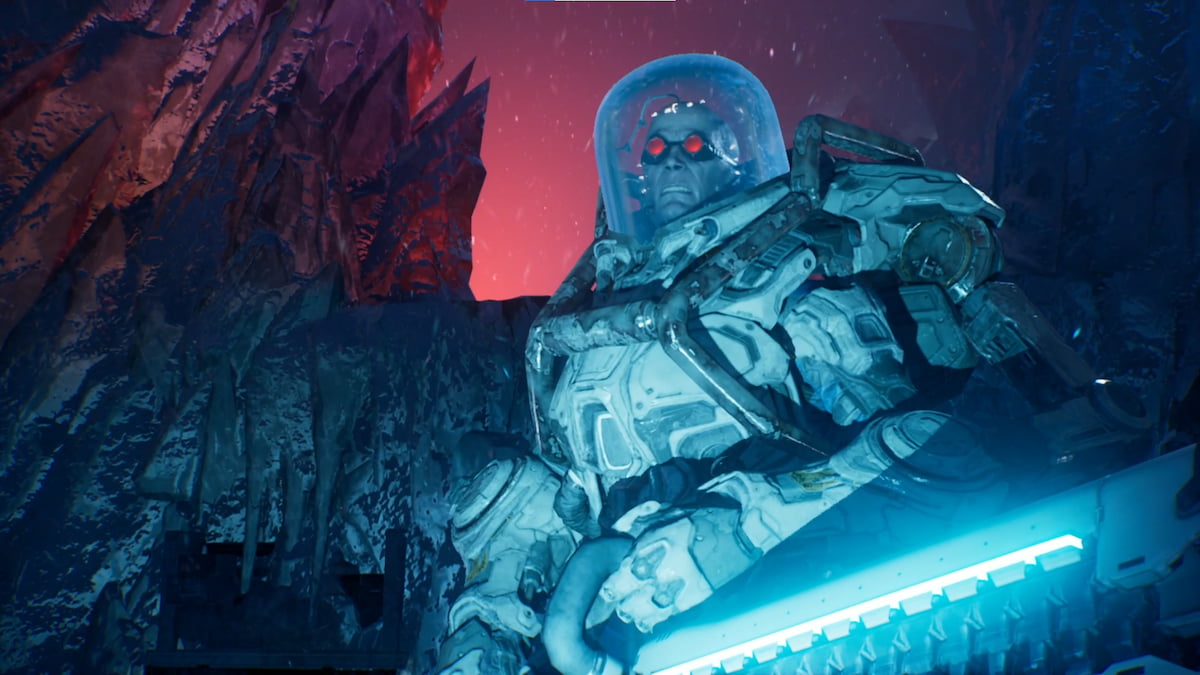 A handful of iconic Batman villains will appear in Gotham Knights, and the team will need to rise to the challenge of taking them down. One of these battles will have you face off against Mr. Freeze, a cold-themed villain attempting to turn Gotham City into an iceland, killing everyone who cannot survive it. Here’s what you need to know to beat Mr. Freeze in Gotham Knights.

How to defeat Mr. Freeze in Gotham Knights – All weaknesses

It’s important to note that before you get to this fight, you will want to have an Incendiary-based weapon on your character. If you do not have this, you might find the battle taking quite a long time. Mr. Freeze is only weak to Incendiary-based damage, is resistant to Concussive damage, and is immune to Cryogenic and Toxic damage. However, Mr. Freeze does Cryogenci damage, so any armor resistant to these attacks would be ideal.

There are a handful of attacks that Mr. Freeze will use against you. When he slams his freeze gun down, and a shield aura appears around him, he will burst into the air. You do not want to be in the shield area, or you will be knocked back and take damage. When Mr. Freeze launches himself into the air, as he lands he smashes down and has an aura of Cryogenic damage around him, which will linger for some time. We recommend using ranged-based attacks until the aura goes away.

Typically when he lands, Mr. Freeze will kneel down and unleash an array of rocket attacks against you. He will be lining up the shot, and you’ll see multiple red dots on the ground. These will follow you until they’re ready to fire. When they remain in a spot, we recommend running up to him and getting in a few hits before he’s ready to start fighting back.

When you get close to Mr. Freeze, he will do a series of armored attacks against you. You cannot interrupt them, but you can still dodge these attacks, and there’s a chance for you to land a Perfect Dodge against them and retaliate with a Perfect Attack. However, if he’s attempting to use his freeze gun against you, you’re better off running around the room until he fires it. There are two forms of this attack. There’s a standard shot that you should be able to evade with a quick dodge, and then there’s the shot that he charges up. You’ll want to make sure you run around the room while avoiding this attack. It will follow you around while he’s using it.

During the encounter, there will be times when Mr. Freeze’s health reaches roughly 75% and 30% when he will jump up into the air and land on top of the weather machine at the center of the arena. When this happens, the machine will fire out blue bolts that will rotate throughout the arena. When you first see this, you will want to move in the same direction as those bolts. After the bolts have finished firing, Mr. Freeze will shoot multiple rockets with shield auras on the ground, which you will want to avoid.

The blue bolt will remove the obstacles throughout the room, providing less cover. When Mr. Freeze jumps off the machine, he uses the same attacks as he did during the first phase. When Mr. Freeze jumps on the device a second time, the bolts repeat this process, but red rays will fire out of it that move in a vertical path, and then the blue horizontal beams return, moving in the opposite direction.

After you reach the final phase of the Mr. Freeze fight, his health will start to go red. You do not need to completely drain his health. When it nearly goes to zero, the fight will conclude with a cutscene, and you will have defeated Mr. Freeze.