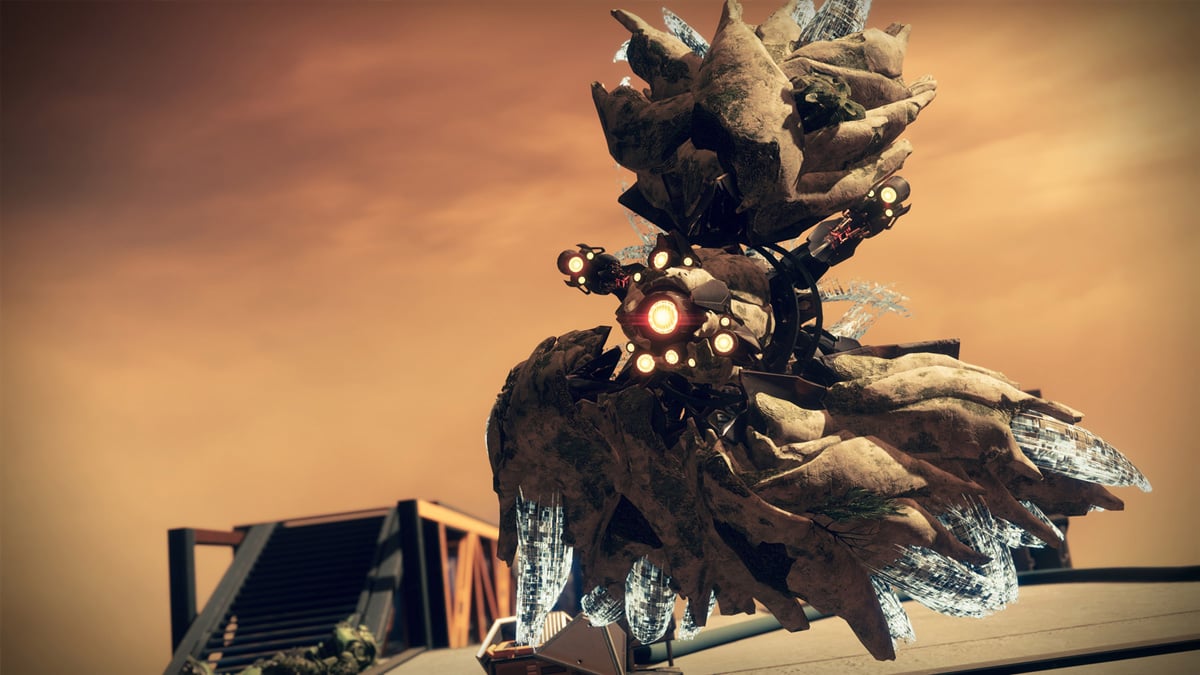 After making your way up the tower in Spire of the Watcher, you’re greeted to your first major boss encounter in this dungeon. Akelous, Siren’s Current, is a gigantic Harpy-type Vex boss with a few familiar behaviors Destiny veterans may recognize. Here’s how to fight this flying menace in the third encounter in Spire of the Watcher. To start the encounter, players will need to kill the Minotaur the boss is feeding on to get its attention.

Related: How to complete the Spire of the Watcher dungeon in Destiny 2

Phase One: Activating the Fuel Rods

Players will notice in the central platform that there are four of the Arc Conduit points on the floor leading out to the four big I-beam sections of the tower. Each of these I-beams has four Conduit points leading to the Fuel Rod at the very end of the beam. Some will be on the lower parts on the outside; others will be in hidden spots. The fourth Conduit point will always be right in front of the Fuel Rod.

A Conduit Minotaur will constantly be spawning at the end of each I-beam section that will drop the Arctrician buff allowing you to turn on the Conduits to raise the fuel rods. Several smaller Vex enemies like Harpies, Goblins, and Supplicants will be spawning in at regular intervals. Make sure the group is always clearing these away for the damage phase to prevent sudden deaths or flinching away from the boss’ critical hit spot.

After activating all four Fuel Rods on the I-beams, the boss will enter its vulnerable phase. The boss will always come to the final Fuel Rod the team activates.

During this phase, Akelous will be facing the Fuel Rod the team activates last and start charging up with an increasing pitch and volume whining noise. Eventually, the boss will detonate with a shockwave of energy that will knock back and damage anyone caught in it. Players will need to hurry to face the front of Akelous and begin to shoot at his shield.

Red eyes will be orbiting on the shield Akelous is spinning around during the charge-up phase. To get rid of these, players will need to hit them with precision weapons like Pulse Rifles, Auto Rifles, Hand Cannons, or Scout Rifles. Weapons that deal splash damage will not hit the other eyes, and only the initial projectile may hit an eye.

After destroying all of the red eyes, Akelous’ shield will open up, revealing a gigantic white eye-like jewel in the center of its facade. When this happens, the boss will slowly back away to the center while still charging, but players can damage Akelous for several seconds at a time before it detonates. When the boss detonates, the vulnerability phase will be over, and a physical shockwave will knock players back a few short meters. Make sure to not be near any walls, as sometimes this blast can result in players being killed by hitting a hard surface too fast.

Repeat the cycle of activating the Fuel Rods and damaging Akelous until it is dead and gone. The chest for loot will be in the center of the tower where the boss first appears.