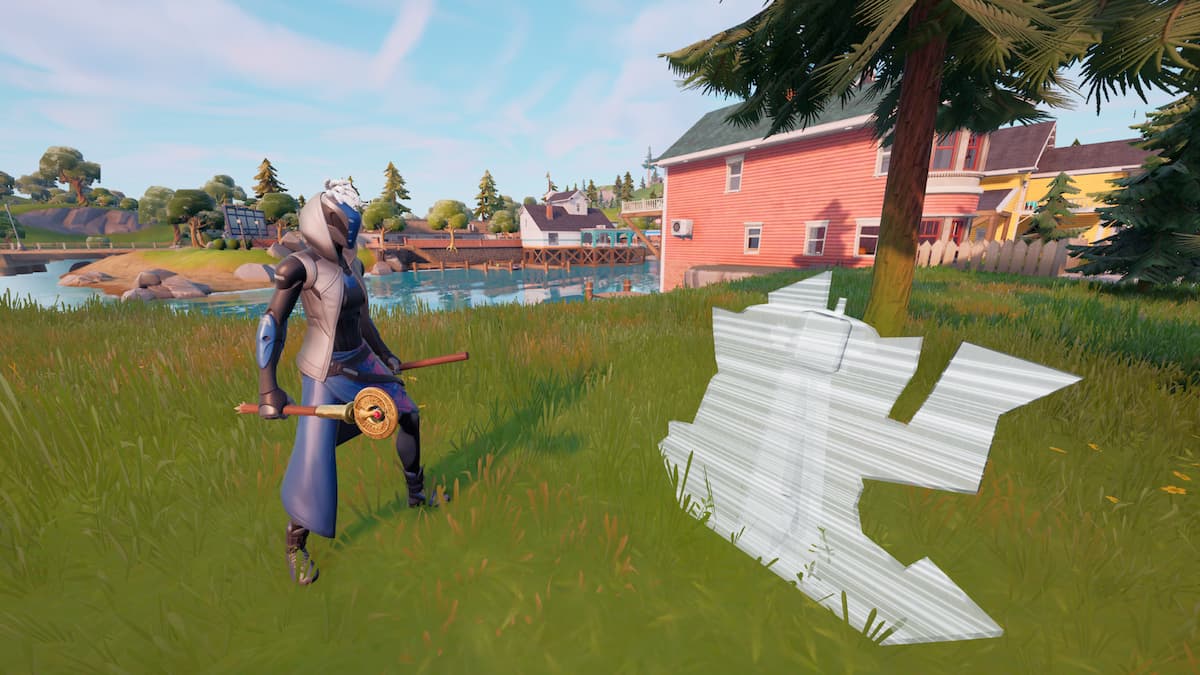 During a majority of the Vibin’ Part 4 quests in Fortnite, players will be challenged by a mysterious AI bot known as Aime to catch what she calls “Roller Coaster Man.” As a result, Aime will have you build a fake relic within Sleepy Shrubs in order to bait and catch this supposed criminal. Here’s how you can find this little-known landmark location and complete the latest stage of the Vibin’ questline in Fortnite.

After scrounging up the relic from dumpsters in Titled Towers, you can head directly to Sleepy Shrubs, the strip of land that is just north of Sleepy Sound. You will then need to go to the group of trees that stand near the red house in the bottom-right corner of this location. It’s here you can spot and interact with a silhouette of the fake relic to fully construct it (as shown above). It is also worth noting that if you are eliminated before constructing the fake relic, you will not need to return to Titled Towers to obtain another in your next match.

Related: Where to find the secret door past the main chamber in Shuffled Shrines in Fortnite Chapter 3 Season 3

If done correctly, you will be given a 7,000 XP reward and another quest requiring that a Device Uplink be established outside one of Rave Cave’s tunnels. As if that wasn’t enough, a grand total of 36,000 XP will also be rewarded to you once Part 4’s questline is completed. The story missions aren’t the only new quests to recently be added to the battle royale, either. Players can also partake in Indiana Jones’s Special Quests, 11 challenges that unlock his very own skin and other themed gear.