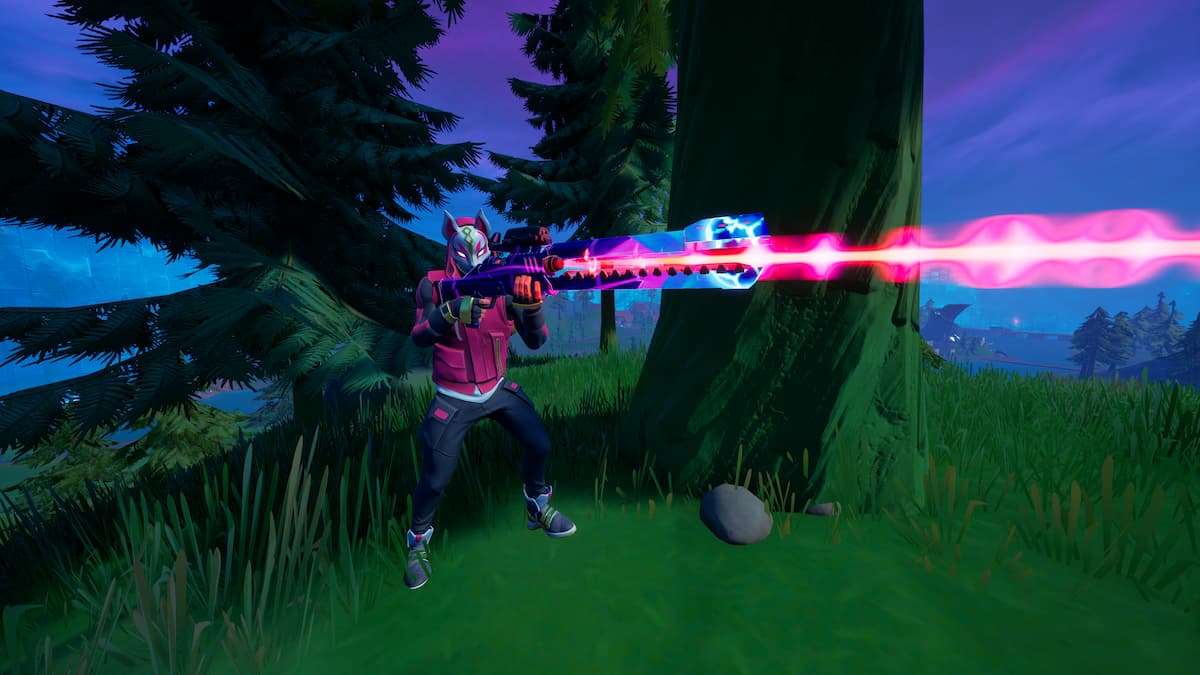 One of the challenges in Fortnite Chapter 2 Season 7 Week 2 is to deal damage with IO Tech Weapons. These can be found in a number of different locations on the map, and are advanced weapons that do cool things like fire lasers and other futuristic stuff like that.

You can find them in various different locations on the map. First, the new satellite compounds that can be found all over the map will contain long chests with the IO symbol on them. Opening these can yield IO Tech weapons.

IO Guards can be found at these bases and can drop the weapons, or they can be found guarding crashed UFO sites such as the one at Durr Burger Restaurant.

Finally, the Corny Complex farm is hiding a secret IO base underneath the main house. Heading inside and to the right will lead players to a porta-potty that will send them through a tunnel into the base. Before you go down, make sure you check the ground floor for IO Chests which will also drop some IO Tech Weapons for you.

One interesting thing to note is that the “deal damage” challenges this season will work on wildlife that you can find all over the map, so don’t be shy about shooting that islands creatures to finish up this challenge.

Now that you know how to deal damage with IO Tech Weapons, you can check out the rest of this week challenges below: