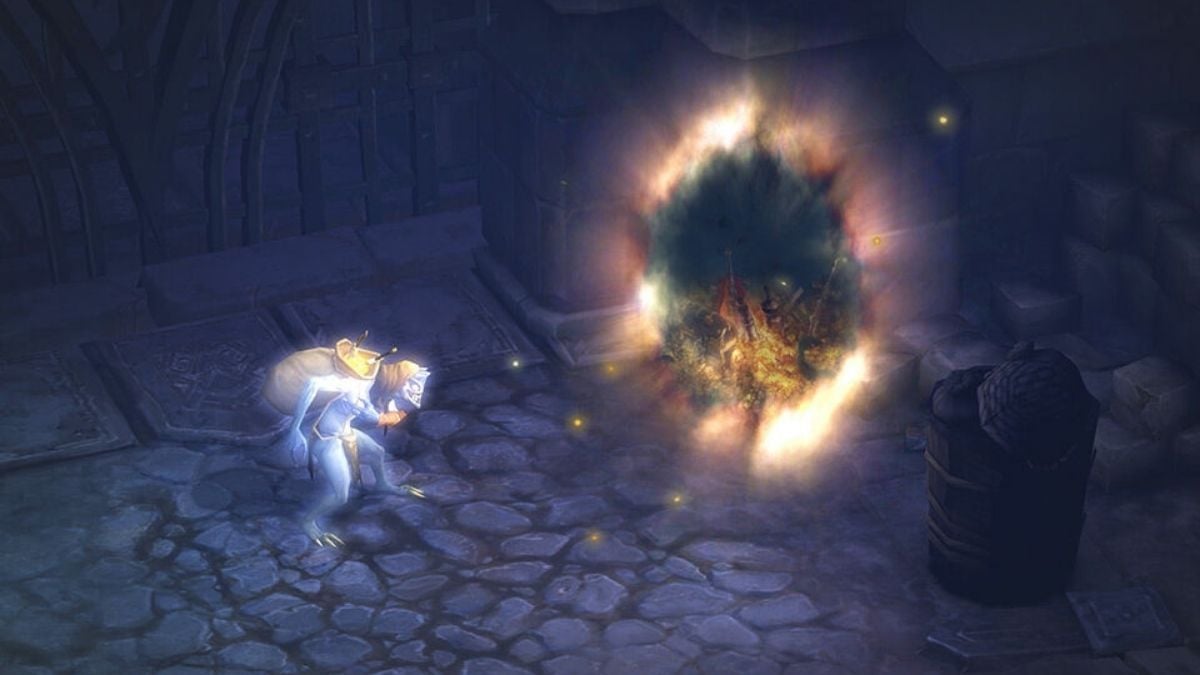 Treasure Goblins are one of the most fun and chaotic enemies in Diablo 3, as they always drop different, exciting loot. However, there is another reason that hardcore Diablo players should go Goblin hunting: Treasure Goblin Portals lead to the infamous Vault. In this glittering, gold-filled realm, your character could find some of the best loot in the game. So, how do you get to the Treasure Goblin’s secret hideaway?

If you don’t want to rely on the random probability of Treasure Goblins, though, there is one more way to get to The Vault. There are Puzzle Rings throughout the game, and if you transmute the Puzzle Ring in Kanai’s Cube, you can open a one-time Treasure Goblin Portal. This will destroy the ring in the process. You can do this with any level of Puzzle Ring, but using an Ancient or Primal version of Puzzle Ring will increase the difficulty and loot of The Vault.

The Puzzle Ring is a Legendary item that can randomly drop from chests or monsters as early as level 29. When used as a gear item, it spawns a Treasure Goblin that follows you and picks up normal-quality items. After 12-16 items, it will drop a rare item. This has a small chance of being a Legendary item. There is no particular place where you can find the ring.

The Vault is known by many names: The Treasure Realm, The Treasure Goblin Realm, but most importantly it’s Greed’s domain. The Lesser Evil of Greed is an elusive demonic power that mostly keeps to the shadows, hoarding gold and treasures instead of getting involved in assaulting Sanctuary.

Once inside The Vault, you’ll find yourself in a winding cave filled with more Treasure Goblins, large piles of coins and gems, and a dozen or so unique monsters like Goldenfingers, Tyloss Lannister, and Ponzi. The final boss is Greed herself, hiding in her Inner Sanctum. Beat her and her goblin thralls and you’ll get treasures beyond your wildest dreams.

Fun fact: the Vault was inspired by Smaug’s hoard in The Hobbit, Scrooge McDuck’s money pit, and the interior designs of beehives. Ergo, this place is a golden wonderland.