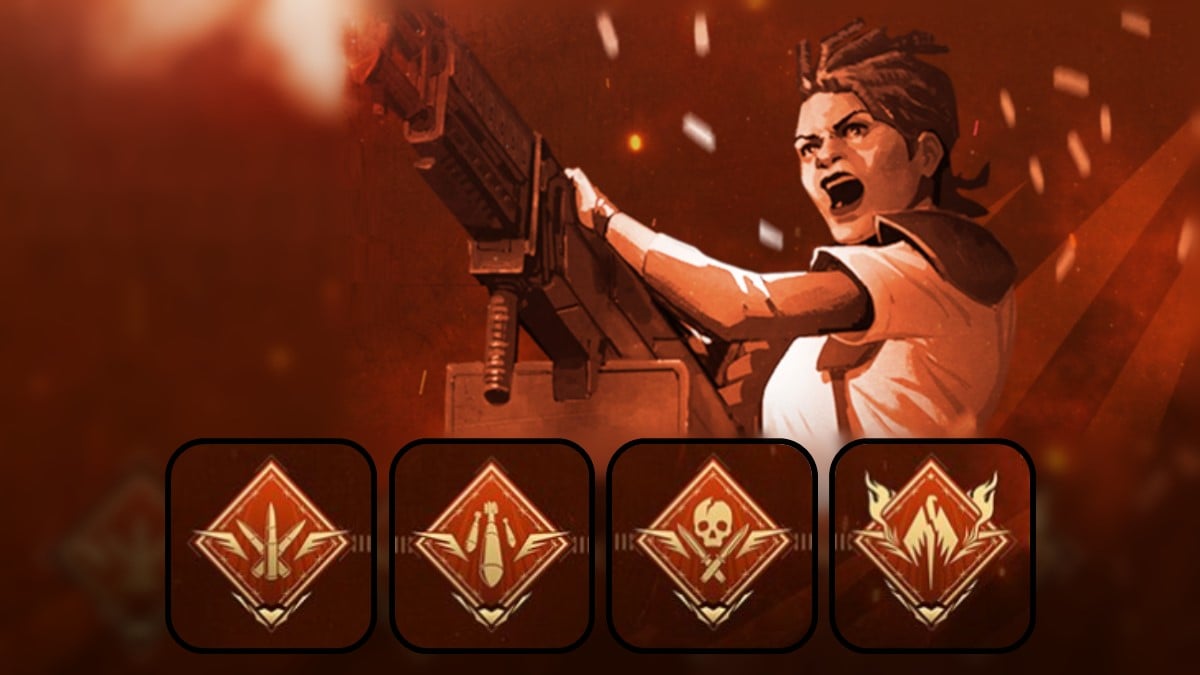 Like most events, the War Games has four earnable badges via various challenges in the event (and a fifth earned via the Prize Tracker). That said, unlike most prior events, there are so many new game modes that it’s going to be a little confusing to figure out when it’s best to prioritize going after which badge. Here we will break down the best plans of attack for each badge and what game modes will help you sail along to victory as a player.

These Badges are only earnable until April 27. To get more information about each game mode mentioned in this guide, click the name of it.

If you are pursuing the other two badges, this badge will most likely happen on its own. If you are only going for this badge, you will want to prioritize damage heavy matches. This can be aided by hotdropping, using Sniper Rifles and Shotguns.

Winning is much more of a subjective goal than the others because the real answer is ‘priortize playing the game you’re the best at,’ but if we look at things objectively, there are some tips to follow. If you have the skills to pull out so wins, you are going to want to play the games that end the fastest.

Knock down 250 enemy players during the War Games event.

Getting Knockdowns is all about claiming the most lives as much as possible throughout the whole match. While dropping hot is going to get you good kills early on, the best shot you got here is prioritizing the game modes where you have the highest the amounts of claimable lives.

Master of the War Games

Earn all other War Games Badges.

If you are going for all three, it’s clear that one of the Limited-Time modes covers many bases. Ultra Zones is a great way to earn towards all three badges at once, but you also may want to prioritize individual front-runner games such as Second Chance and Killing Time as well.